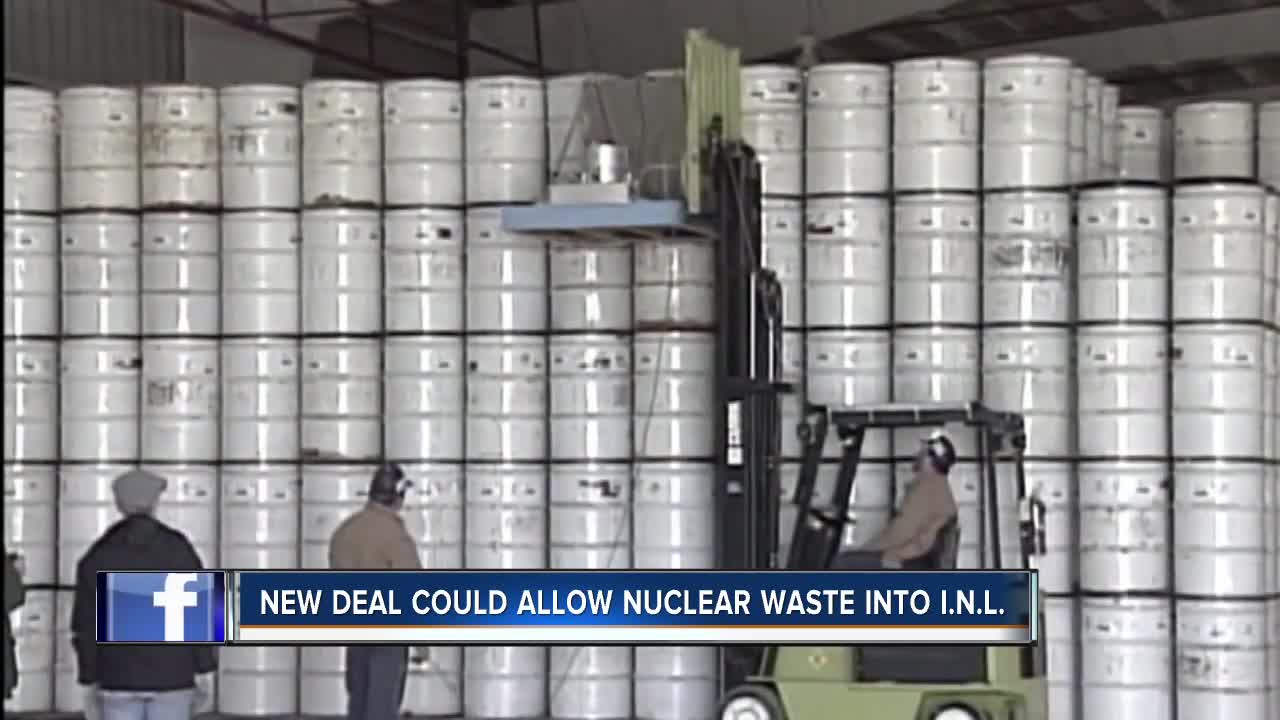 BOISE, Idaho — Governor Little and Idaho's congressional delegation are applauding an agreement with the Department of Energy to accept a shipment of spent nuclear fuel rods at the Idaho National Lab for research purposes, but the celebration may be premature.

The agreement is dependent on the Feds doing what they seem to have a lot of difficulty doing, and that's following through on their promises. the nuclear fuel rods would be allowed to I.N.L if and only if the D.O.E can figure out how to turn high level liquid nuclear waste into safer dry nuclear waste and the governor seems confident it will.

"It's behind schedule there's no denying that," says Little, "but we believe they're on good track and this agreement guarantees that will go forth and this liquid will be made into a much safer compound."

But the D.O.E has been working for decades to figure out a way to solidify high level liquid waste with no luck. So, guarantees are hard to come by.

And Holly Harris, the executive director of the Snake River Alliance, a nuclear watchdog group, issued this statement of opposition.

The Alliance would prefer the state stick to the 1995 nuclear agreement with the feds crafted by former governors Phil Batt and Cecil Andrus, an agreement the feds have not stuck to.

"They've missed deadlines from the 95 agreement and there's no way they'll have all the waste out by the year 2035." said Andrus in an interview with Six On Your Side before he passed away in 2017.

The 95 agreement requires all nuclear waste be removed before more nuclear fuel can come in. Little's amendment requires the D.O.E to make just one barrel of converted liquid waste to allow the same.

But Six On Your Side talked to former Governor Phil Batt tonight who helped craft the 95 agreement and he told me he doesn't see any reason to change the agreement.