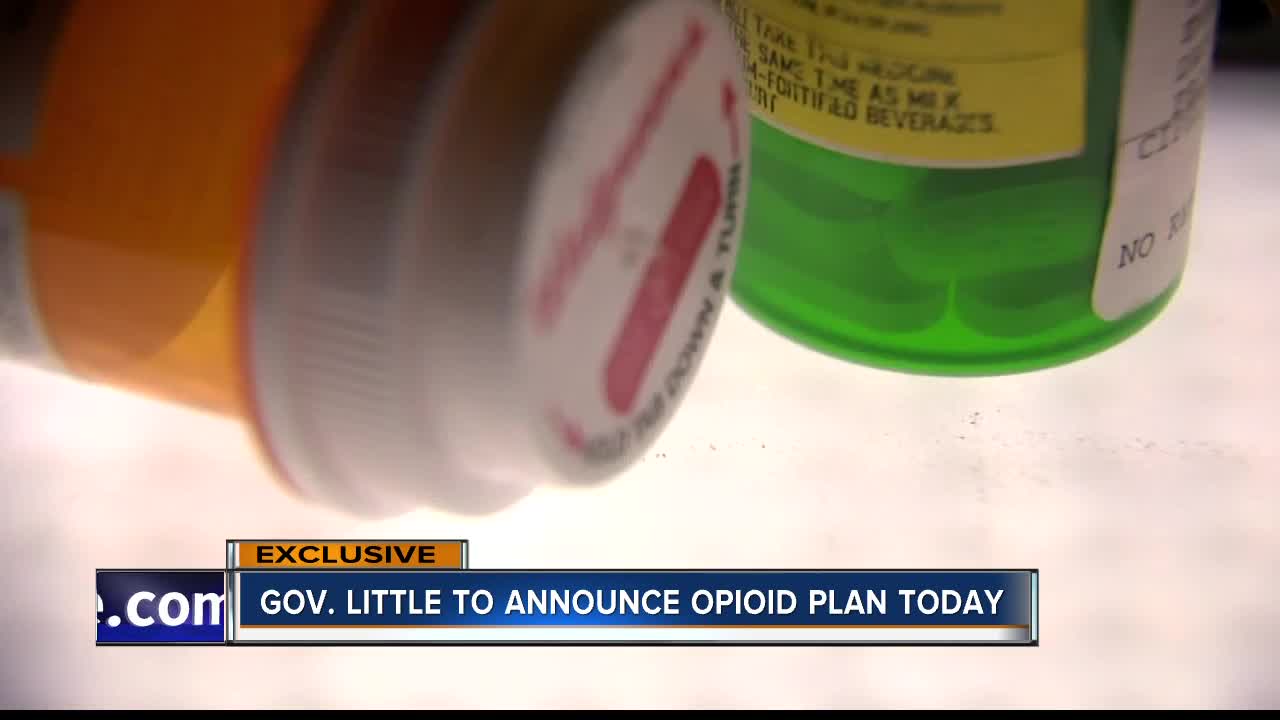 BOISE, Idaho — Governor Brad Little officially announced an executive order to take the battle against opioid abuse to the next level in Idaho Thursday morning.

The governor gave us an exclusive preview of what he hopes to accomplish with the new five-year plan.

"The magnitude of the problem is enormous. Most people don't realize the life expectancy of Americans, for the first time, has gone down for the last two years because of this exact problem," said Governor Little.

The problem in a word: opioids. The answer: an executive order creating the Opioid and Substance Abuse Use Disorder Advisory Group.

"This is a big deal to me and to the state. There's no partisanship to this." Governor Little says the timing is perfect with Medicaid expansion on the way.

The opioid crisis is taking lives and destroying families in Idaho. My executive order uses a broad, holistic approach to examining the crisis, so we can develop solutions that save lives and create a brighter future for our state. #IDLeg #IDPol #IDGovhttps://t.co/pbno0dfz7G

"There will be a lot more money available for treatment," said Little.

The extra money will not kick in until 2020, but that gives the advisory group time to make good decisions on how best to prevent abuse and help those already hooked.

"That's why we brought a diverse group together to make sure we don't push somewhere and end up with a problem somewhere else."

Little says Idaho is already making progress, passing the most progressive Narcan law in the country, making it easy to get the overdose reversal medication. Little also says Idaho has improved from fifth to 25th in the nation for abuse of prescription pain relievers.

Little also wants to find ways to reach opioid users before their addiction gets too great. The executive order was officially signed 10:30 Thursday morning.

You can read the full press release here.