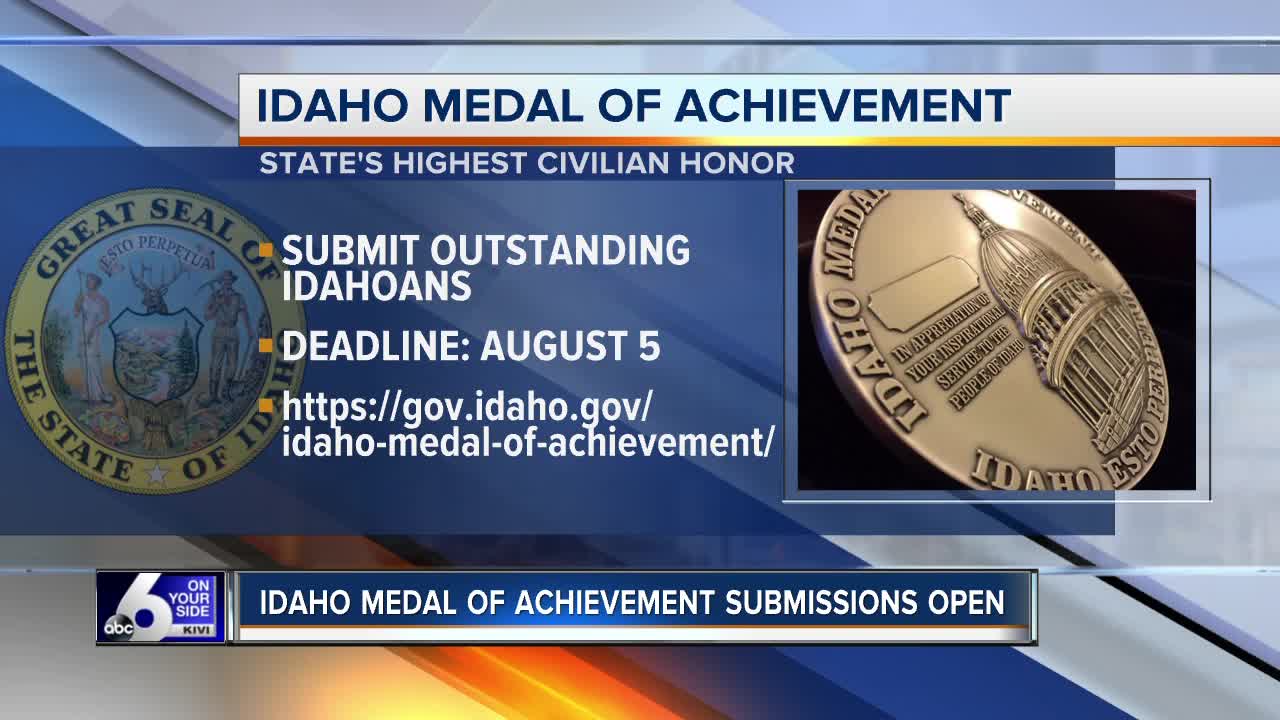 BOISE, Ida. — Governor Brad Little issues an executive order, renewing the Idaho Medal of Achievement. The honor is the state's highest for a civilian.

Governor Little says the Medal of Achievement "recognizes the most noteworthy citizens among us who have accomplished remarkable feats and demonstrated notable service of the people of our state." Nominations are due August 5 and can be mailed to the Governor's Office or submitted here.

Past recipients of the Idaho Medal of Achievement include Governor Phil Batt, human rights advocate Marilyn Shuler, and astronaut and teacher Barbara Morgan. All medal nominees must be current or deceased Idaho residents who have acted in ways through their lifetime to bring great honor to Idaho. More than one medal may be awarded at one time. The Idaho Medal of Achievement is made from 99.9 percent fine silver donated by the Hecla Mining Company located in Coeur d'Alene.

“The Idaho Medal of Achievement presents the opportunity for all of us as Idahoans to honor those citizens who have made significant contributions to our state,” Justice Trout said. “The commission members look forward to seeing the nominations that come through and making recommendations to Governor Little on potential recipients of this distinguished award.”