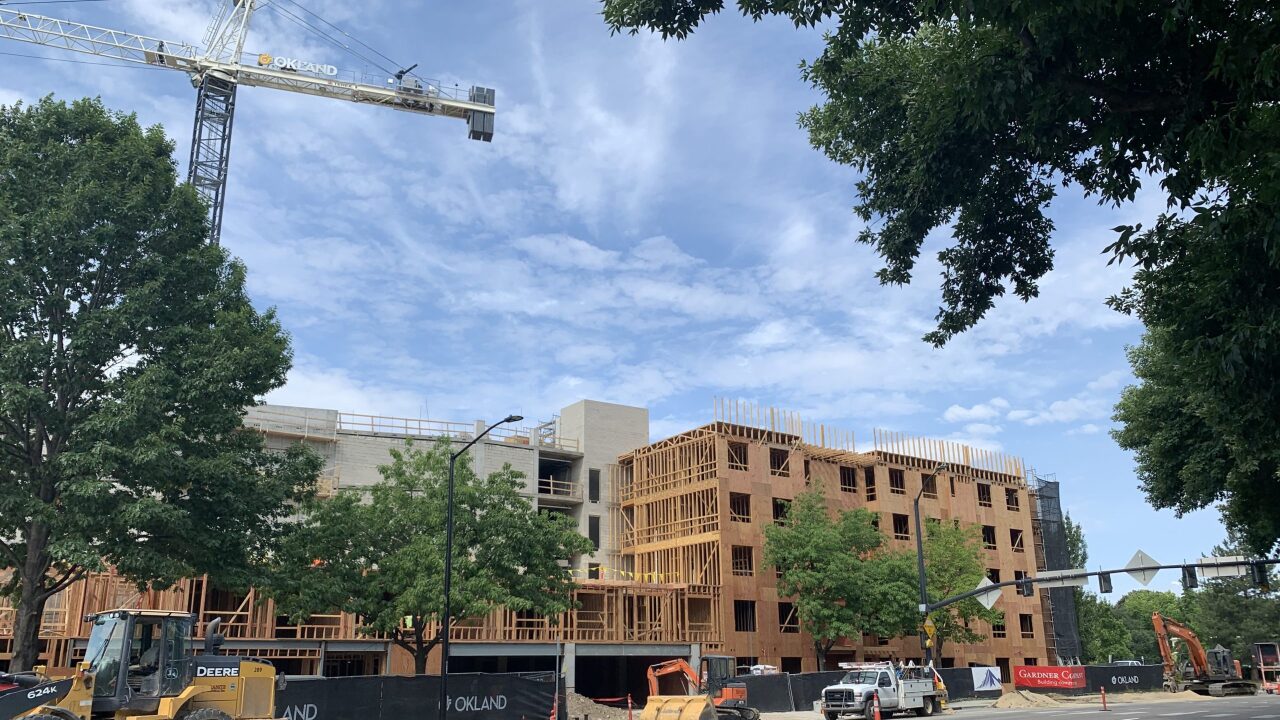 BOISE, Idaho — This article was written by Don Day with BoiseDev.

If you’ve visited the area near The Ram restaurant on Park Blvd. in Boise, you’ve probably noticed the large construction site.

Gardner Co. started construction on a new, large apartment complex and parking structure along the Boise River Greenbelt last year. The project, on land owned by the Harry W. Morrison Foundation, will add more than 236 new residential units to the site.

Project plans for Park Place Apartments show a mix of bedroom configurations, including one- and two-bedrooms. A pool, Greenbelt-side courtyard, large bike storage room and other amenities add to the overall project mix.

Project plans show a mix of bedroom configurations, including one- and two-bedrooms. A pool, Greenbelt-side courtyard, yoga room, club room, lounge, game room large bike storage room, and other amenities add to the overall project mix. Project developers described the amenities as “second to none.”

The apartments will wrap around a large parking structure with spaces for more than 350 cars. The garage will serve apartment users, as well as other businesses that used the former surface on the site lot for parking

[‘Everyone has a development idea:’ Bieter gets to work in new role with Gardner Co.]

Gardner Co. scrapped an initial plan for a restaurant site and senior living apartments. They also increased the height of the building from four stories to five.