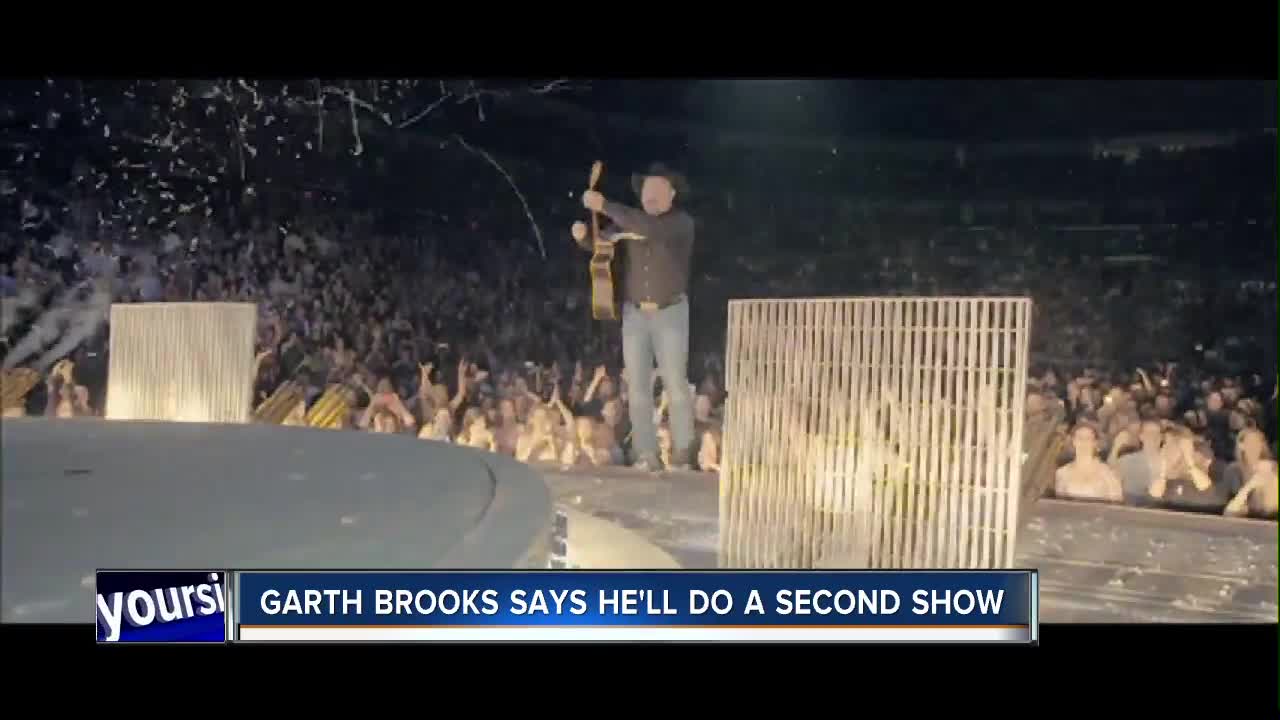 BOISE, Ida. — Country superstar Garth Brooks is coming to Boise this summer for not one, but two shows! Brooks is set to rock Albertsons Stadium July 19th and 20th.

Brooks announced earlier he'd make his first stop in the city in more than two decades, setting a date of Saturday, July 20th. Tickets for the show sold out in less than an hour, prompting calls for the singer to add another concert.

Brooks's team says because of the incredible interest level, he'll also hold a performance on Friday, July 19th at Albertsons Stadium. Both concerts begin at 7 p.m. and will be held rain or shine.

Tickets for the July 19th show are on sale starting Friday, May 31st at 10 a.m. MDT. They are available only through Ticketmaster with an eight ticket limit per purchase. Tickets can be bought online, through the Ticketmaster app or by calling Ticketmaster Express at 1-877-654-2784. Tickets, with fees, are $94.95.