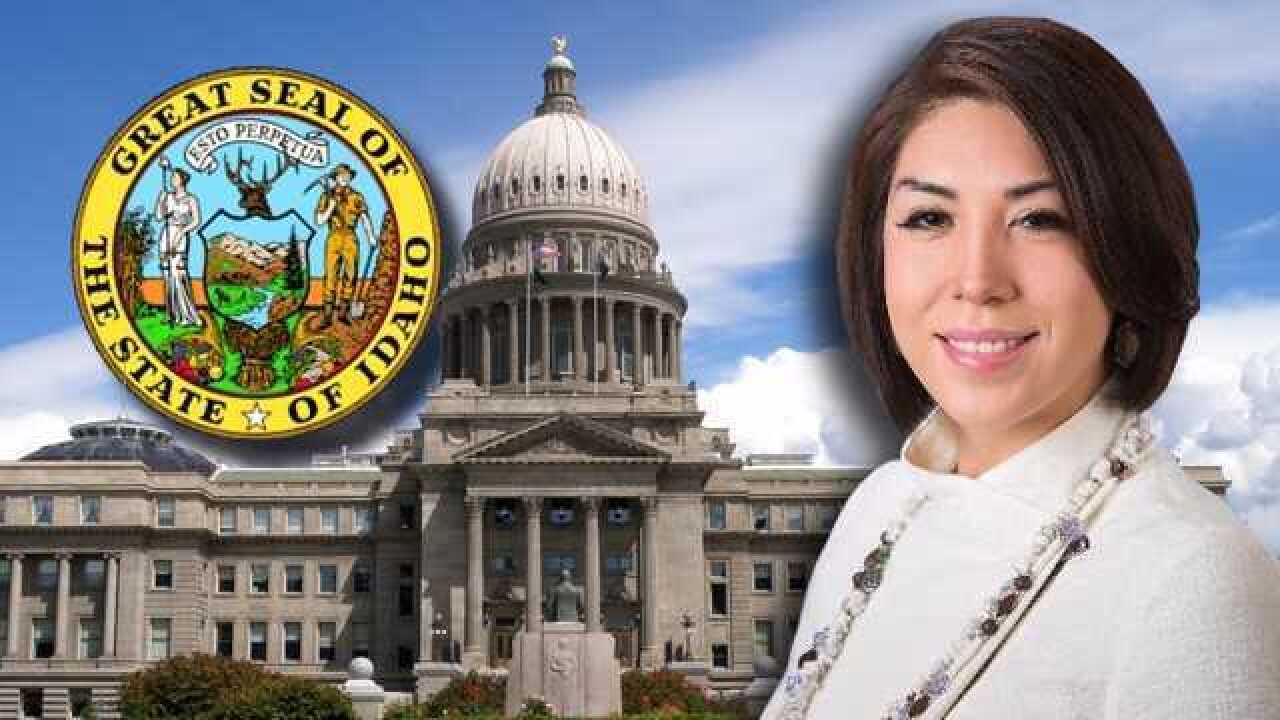 BOISE, Idaho — Idaho Democrat Paulette Jordan says she is running for the U.S. Senate against incumbent Republican Sen. Jim Risch, according to a Huffington Post interview.

She joins an already crowded race to challenge the two-term senator, the Idaho Statesman reports. Three other Democrats are seeking nomination for Risch’s seat, including Nancy Harris of Boise, Travis Oler of Shelley and Jim Vandermaas of Eagle. Ray Writz of Coeur d’Alene of the Constitution Party and independent candidate Natalie Fleming of Fruitland are also running for Risch’s seat.

Jordan, who most recently was the Democratic nominee for governor, announced her campaign on February 7.

Risch, a two-term senator and chairman of the Senate’s Foreign Relations Committee, has announced he is seeking reelection this November.

Jordan unsuccessfully ran against Republican nominee Brad Little for governor in 2018. While Jordan only gained 38.2% of the vote in that race, she did win more votes than Little in a few counties, including Ada, Blaine and, her home county, Latah. Jordan was a two-term representative for District 5 in the Idaho State Legislature from 2014 to 2018 with seats on the Environment, Energy and Technology, Resource and Conservation and State Affairs committees.

Jordan previously served on the Coeur d’Alene Tribal Council and was the master of ceremonies at the 2020 Idaho’s Women’s March.

Harris has been a member of the Democratic Party since 1970 who started her career as a car saleswoman who went on to own Wooded River Clothing Company, a business in Caldwell, according to her website. She has been a vocal critic of Risch throughout her campaign, including his vote to acquit President Donald Trump during the impeachment trial.

Oler is a U.S. Army veteran who was raised on a potato farm in eastern Idaho, according to his website. After working as a train conductor for Union Pacific, he started a internet marketing business, First Page Platinum.

Vandermaas, who is a retired law enforcement officer, ran for Idaho’s 1st District congressional seat in 2018 and lost to Democratic challenger Cristina McNeil. The U.S. must act now on climate change and find solutions to America’s gun violence, Vandermaas said in recent posts to his website.

To read Ximena Bustillo's story, check out the Idaho Statesman.

Breaking news reporter Ximena Bustillo is a media arts and political science student at Boise State University. She has previously worked for The Arbiter, KIVI-TV, The Washington Times and contributed to POLITICO. Ella habla español.