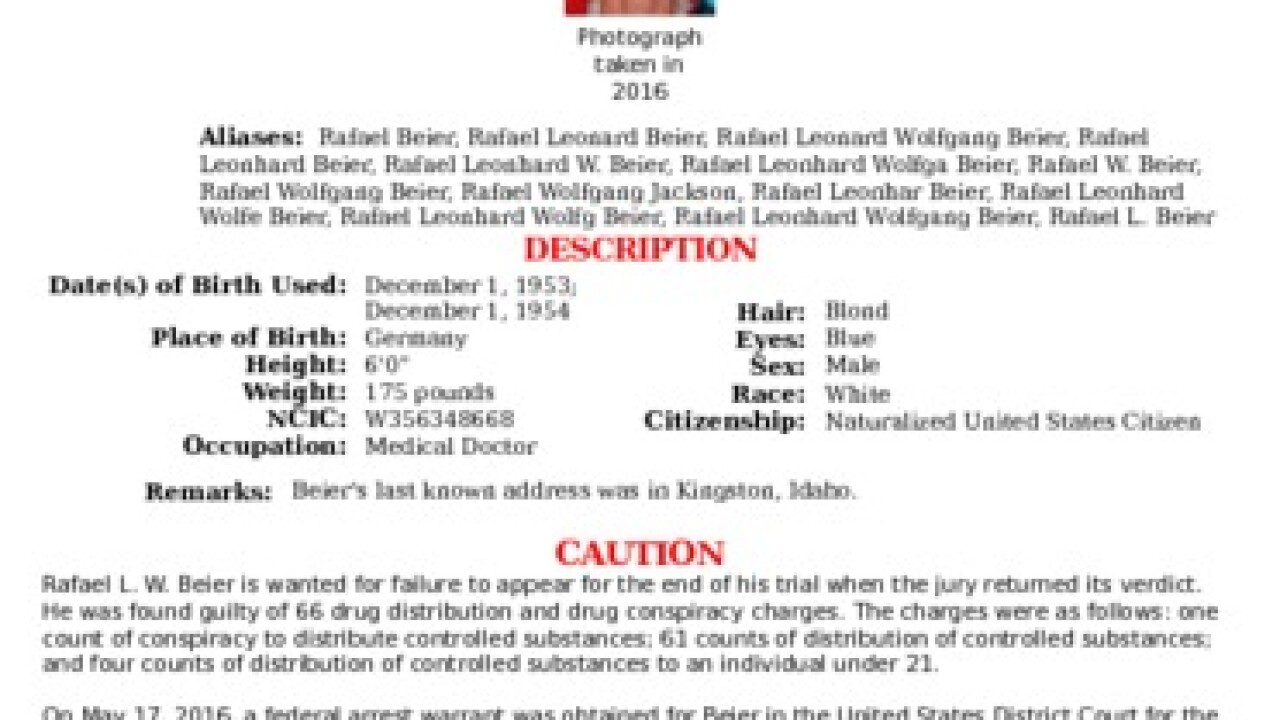 KELLOGG, Idaho (AP) -- The FBI has captured fugitive Idaho doctor Rafael W. Beier, who has been on the run since failing to appear in court for his verdict reading last week.

KREM-TV reports Monday that Beier was arrested on his property in Kingston, Idaho. He was found hiding in a small RV by the North Idaho Violent Crimes Task Force.

Beier last week was found guilty of 66 drug distribution and conspiracy charges, and faces a maximum sentence of up to 20 years in prison.

According to court documents, the 62-year-old Beier sold prescriptions for drugs like oxycodone and hydrocodone to people who were not his patients.