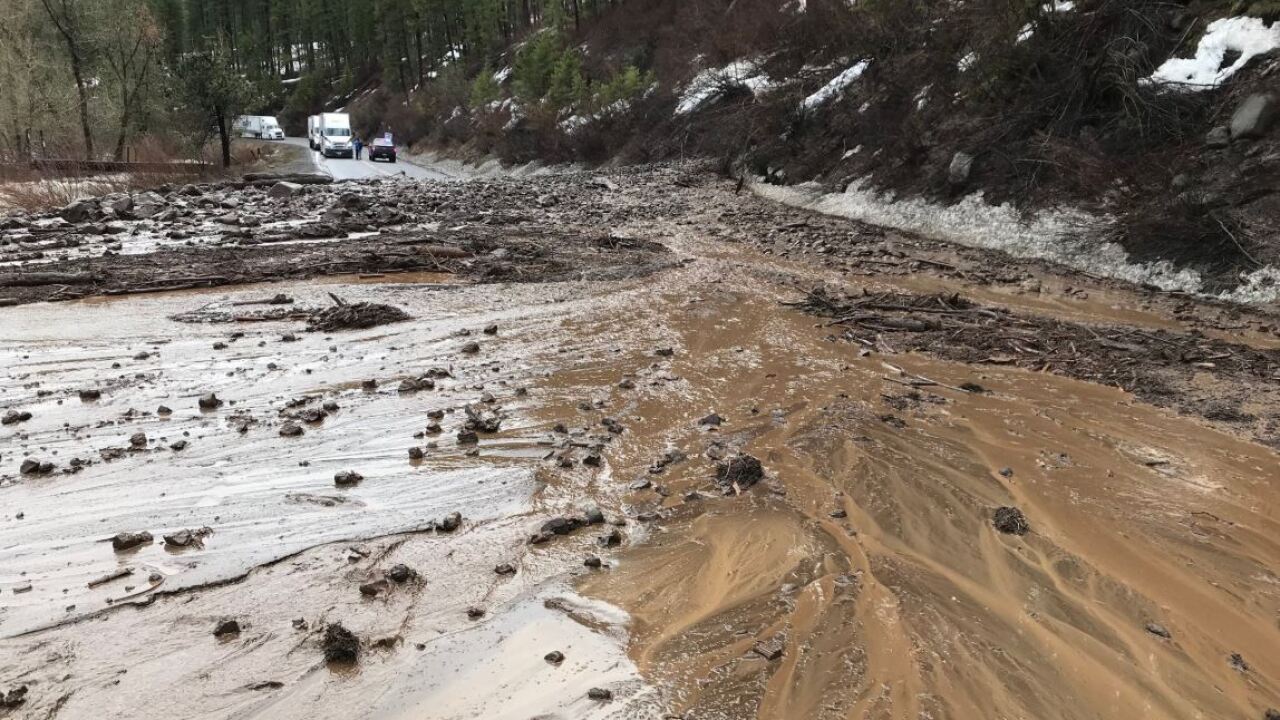 A 20-mile stretch of Highway 95, north of Council through New Meadows, is now reopened after a landslide forced the closure. Another section of Highway 95 remains closed this morning between Payette and Weiser due to surface water. A detour is in operation through that area.

Flooding from spring runoff is causing water to run or pool on top of U.S Highway 95, Idaho Highway 52, and Idaho Highway 55 throughout the Central Mountains, from McCall/New Meadows area to the Fruitland/Payette areas near the Oregon border. The Idaho Transportation Department is urging motorists approaching these hazards to use caution.

“Heavy rain and melting snow are causing isolated hazards in the Weiser, Payette, and Salmon Drainages,” said ITD spokesman Jake Melder. “This includes the cities of Weiser, Council, New Meadows, McCall and Cascade. Hazards created by flooding may be pooling, erosion, mudslides, rockfall, and water running over the top of roadways.”

ITD crews are out in force mitigating these hazards with warning signs and, where possible, cleaning up debris. The Department reminds motorists who come upon these hazards to exercise caution.

"In most areas, the water is only a couple inches deep," said ITD Foreman in Council, Robin Freeman. “But hitting that water at 55 miles-an-hour can mess up your vehicle. I've had one car already hit a puddle at high speed. It killed the engine and the car is stuck in the middle of the road.”

ITD is asking motorists to stay engaged while driving. “Be on the look-out for warning signs or flaggers and obey directions to safely navigate these hazards,” Melder said. For roadway conditions and hazard warnings, check 511 (511.idaho.gov) before you drive into these areas.

According to the National Weather Service, flooding is expected to spread Tuesday north of the Weiser River, toward Commercial Street. Water will be about three feet deep between the river and Cooper Lane, with flooding of houses and buildings likely south of the river.

Flood stage for the Weiser River near Cambridge is at twelve feet. Experts say the river will continue rising to about fourteen feet by late Tuesday.

First responders in the area are actively formulating emergency response plans. The Payette County Emergency Operations Center crews are testing their communications systems. Sending Code Red alerts to area residents and setting up “Road Closed” signs in areas where floodwaters are a concern.

The Payette County Sheriff’s Office has issued Code Red notifications to residents who live near Memorial Park and State Highway 52. Residents are being urged to relocate their animals to higher ground and were notified of possible voluntary evacuations.