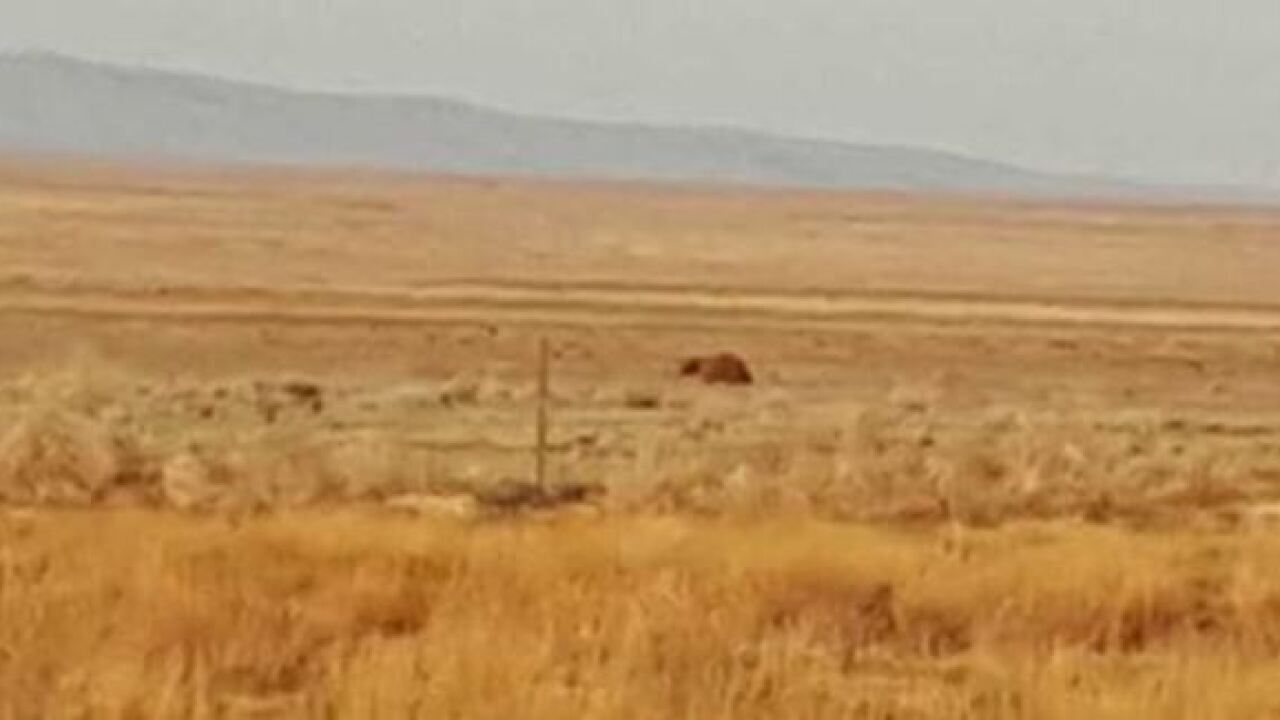 Copyright 2018 Scripps Media, Inc. All rights reserved. This material may not be published, broadcast, rewritten, or redistributed.
Billie Parker

The Idaho Department of Fish and Game and area law enforcement agencies investigated two separate reports of bear sightings this week in the Boise area.

On Sunday, May 7th, Fish and Game officers investigated the sighting of a bear in the desert near Simco Road and Interstate 84, by Mountain Home. But responding officials could not find the animal. Citizens who spotted the bear say it appeared to be an adult male.

And on Monday, the Ada County Sheriff’s Office reported spotting a bear in the foothills north of Eagle, according to Idaho Department of Fish and Game spokesman Roger Phillips.

“This is not uncommon,” he said. “Bears will come down into the valley looking for food, or cubs will sometimes wander away from their mothers.”

If anyone spots a bear, they are advised to call 9-1-1 or their local law enforcement agency immediately.