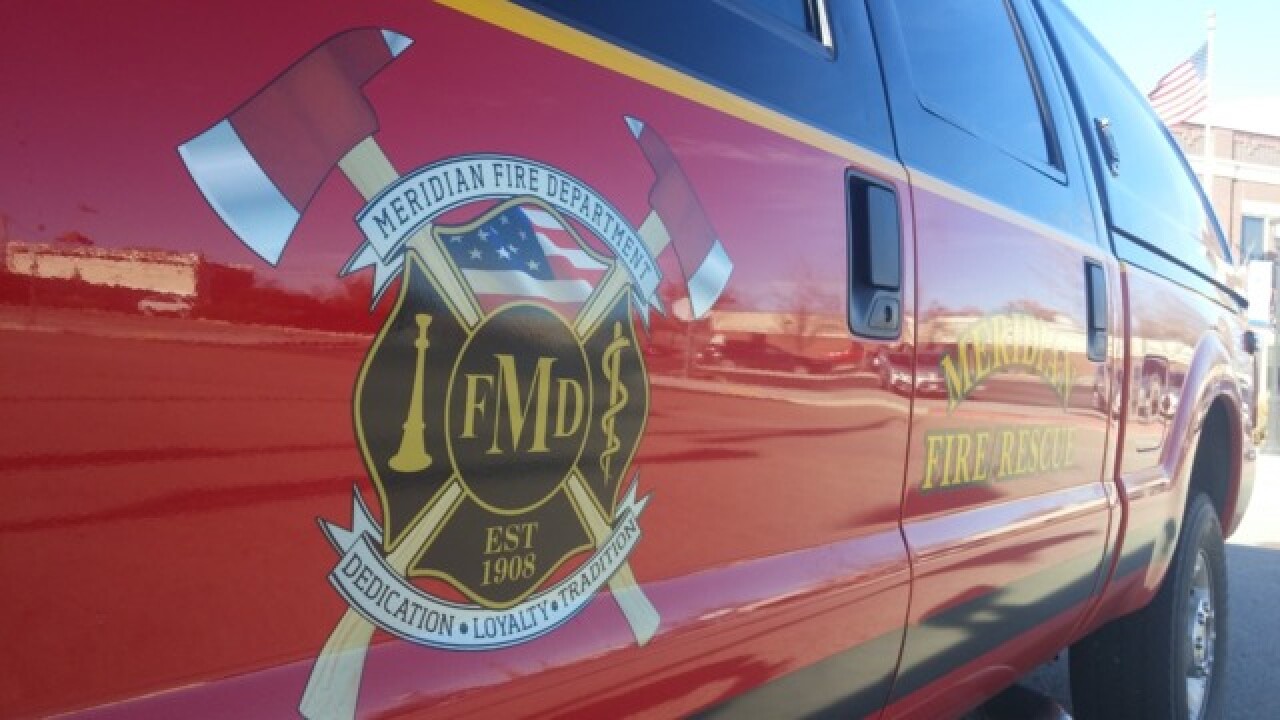 Meridian firefighters are still trying to find the cause of a structure fire that broke out before noon on Monday, in the 100 block of South Rolling Hills Drive in Meridian, near Eagle and Overland Roads.

Firefighters found a fully-involved hay barn, a detached garage, and the home on fire.

“Crews battled immense heat, but were able to complete a search of the home and get the fire knocked down to all structures within 21 minutes of arrival,” said Meridian Fire Chief Mark Niemeyer.

“Multiple buildings on fire and flames in the attic of the homemade this a very difficult firefight,” added Battalion Chief Tyler Rountree. “A lot of challenges operationally with this fire. Our firefighters performed very well, considering everything that was going on at the scene.”

Niemeyer said summer heat adds another challenge that requires additional resources. “In this heat, work cycles need to be closely monitored to prevent heat exhaustion. This requires us to put more resources on the scene than normal operations. Fortunately, we have a great mutual aid system in Ada County and the Treasure Valley to get the needed resources to the incident,” he added.

Meridian Fire Department and State Fire Marshall’s Office investigators are trying to determine the cause of the fire.

No injuries were reported.

Two cats were rescued from the home.

Residents of the home are being helped by the Meridian Fire Department Burnout Fund.