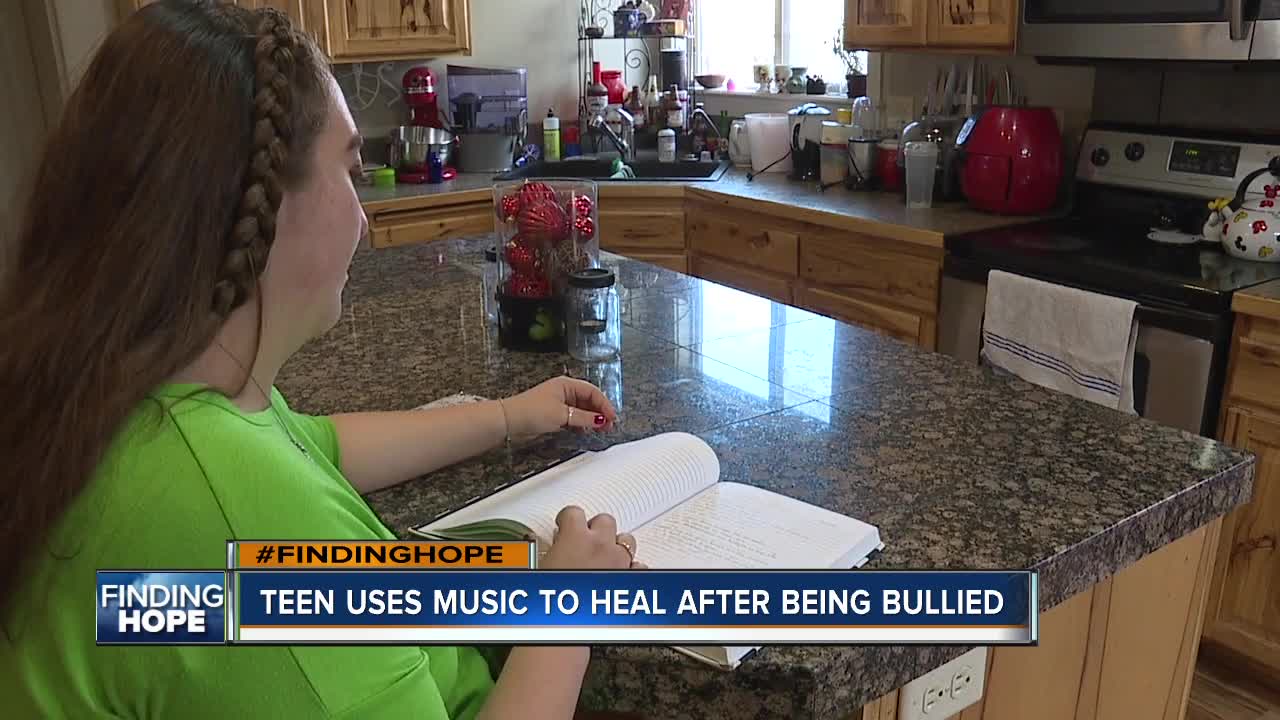 BOISE, Idaho — According to a study done by stopbullying.gov, “about 49% of children in grades 4-12 reported being bullied by other students at school at least once during the past month.”

Local high schooler Brynn Smith tells 6 On Your Side she, on the other hand, was bullied daily for four years. It happened when she was ten years old and ended around the time she was fourteen years old.

The junior says now, the bullying has stopped, but she still struggles with the feelings her experience left her. As a teenager, navigating your feelings can be hard enough, luckily, for Brynn, a self-taught musician, she was able to take her emotions, put them to paper and create a heartfelt song

In a high school talent show last month, Frankie Katafias served as a guest judge and heard Brynn’s original song, “Change your luck,” live. Before performing, Brynn addressed the audience and told them about bullying affected her and ultimately inspired her.

Writing and performing this song was a massive accomplishment for the junior as she recalls a time when music had no room in her life. As the bullying persisted when she was just a pre-teen, Brynn began feeling isolated and things she loved, like, music, no longer had their magic.

That’s until she decided that she no longer wanted to give her bully the power to take away something she loved so dearly.

A verse from Brynn’s song, “Change your luck,” describes in short how Brynn’s ability to change her mindset changed her life.

“There are times; you feel there is no way you could go through another day. But then you’ll see a new side of things, notice the sun and the warmth it brings”.