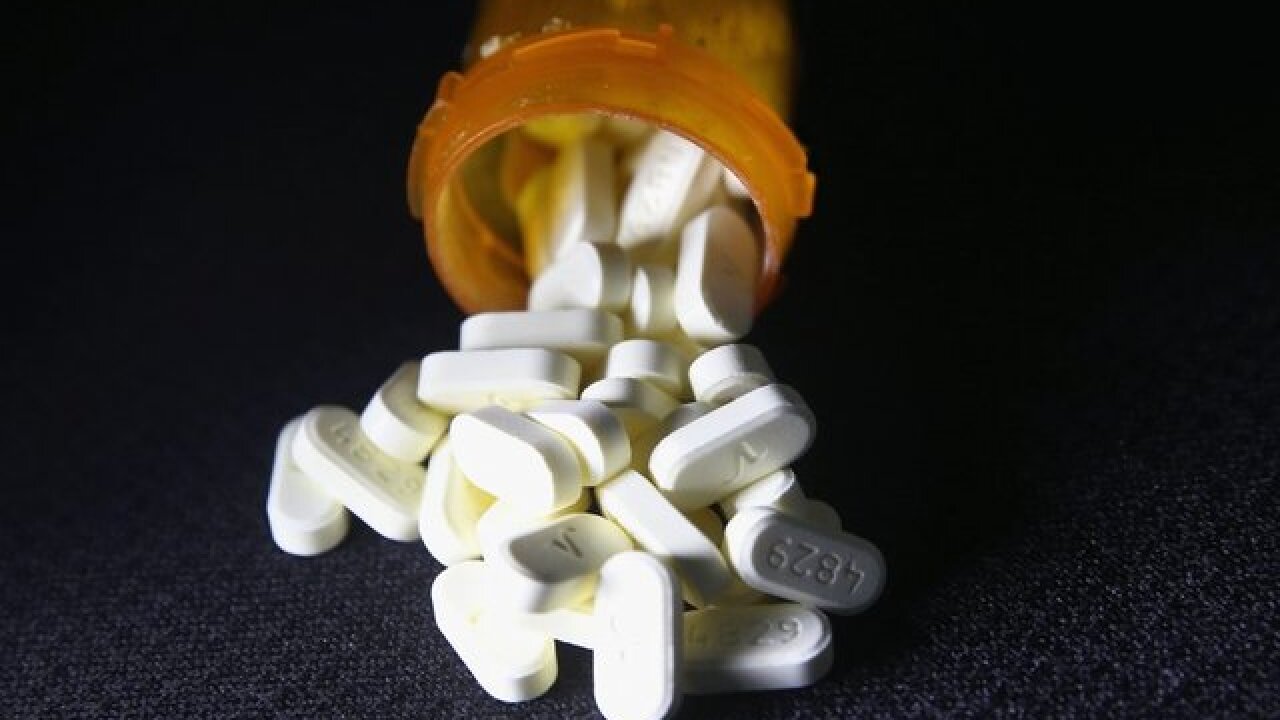 The opioid crisis knows no boundaries. Parents, grandparents, teachers and teens are falling victim every day to addiction.

KC O'Dell suffered a leg injury and soon after, began taking prescription medication to manage his pain. Before he knew it he became addicted, taking up to 20 extra strength opioids every day just to feel normal. But now he live's drug-free with advice for others struggling with opioid addiction.

His story started like many others. "I had pain issues from overseas and from back home, and I ended up getting addicted to pain meds," O'Dell said. What began with directions from a doctor spiraled into an uncontrollable reliance on prescription pills.

His use of painkillers began ten years ago, before warnings of potential addictive side effects became more widespread.

"Norco, Percocet, just about anything they would prescribe," O'Dell said. "It was easy to get medication from physicians. I do believe that physicians were over-prescribing for lots of people."

After six years of heavy medications, KC decided it was time for a change, seeking treatment at Raise The Bottom Addiction Treatment Center in Boise, offering replacement therapy through Methadone.

"The chemical part is just kind of keeping you afloat until you can process things, because sometimes when you're under addiction it's like a chemical Hitler that controls everything you do and so this kind of helped me to step back and look at the rearview mirror of life and then also be able to look forward as well," O'Dell said.

But as it goes with most major lifestyle changes, getting started wasn't easy.

"I had a little bit of shame walking through the door, thinking, 'OK, I'm at the end of my rope here, a doctor says you have to go seek help,' and when someone tells you that it takes a lot of your pride to say, 'Yeah,  I've got a problem and I need help.'"

With the support of his counselor, after three years of daily treatment, O'Dell successfully weaned himself off the Methadone.

"It takes work, like anything in life," O'Dell said. "If change were easy we'd all do it, but change is hard. So I had to take those tools and those decisions and make that change."

KC has now been completely opioid-free for more than a year and has helped others struggling with addiction get the help they need.

"If [someone is] still stuck on their addiction, I would say, 'Stop being stuck on stupid'. That's where I was. I was stuck and I was in a rut and I didn't see a way out. I would say there is a way out, you just need to take that first step," O'Dell said.

If you want to learn more about the replacement therapy options available at Raise The Bottom Addiction Treatment Center click here.