FINDING HOPE: From meth and morphine to motherhood and sobriety 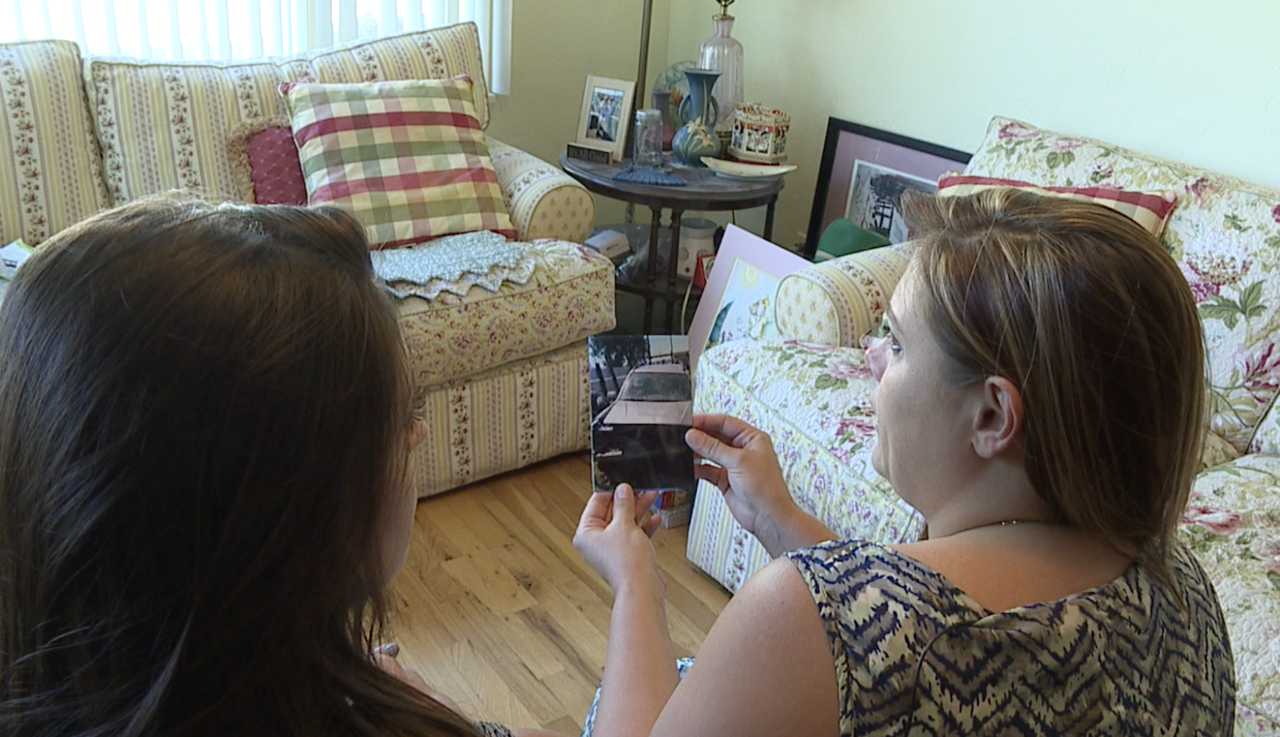 This mom of a nine-month-old baby girl is celebrating six years of sobriety after living nearly a decade from fix to fix. 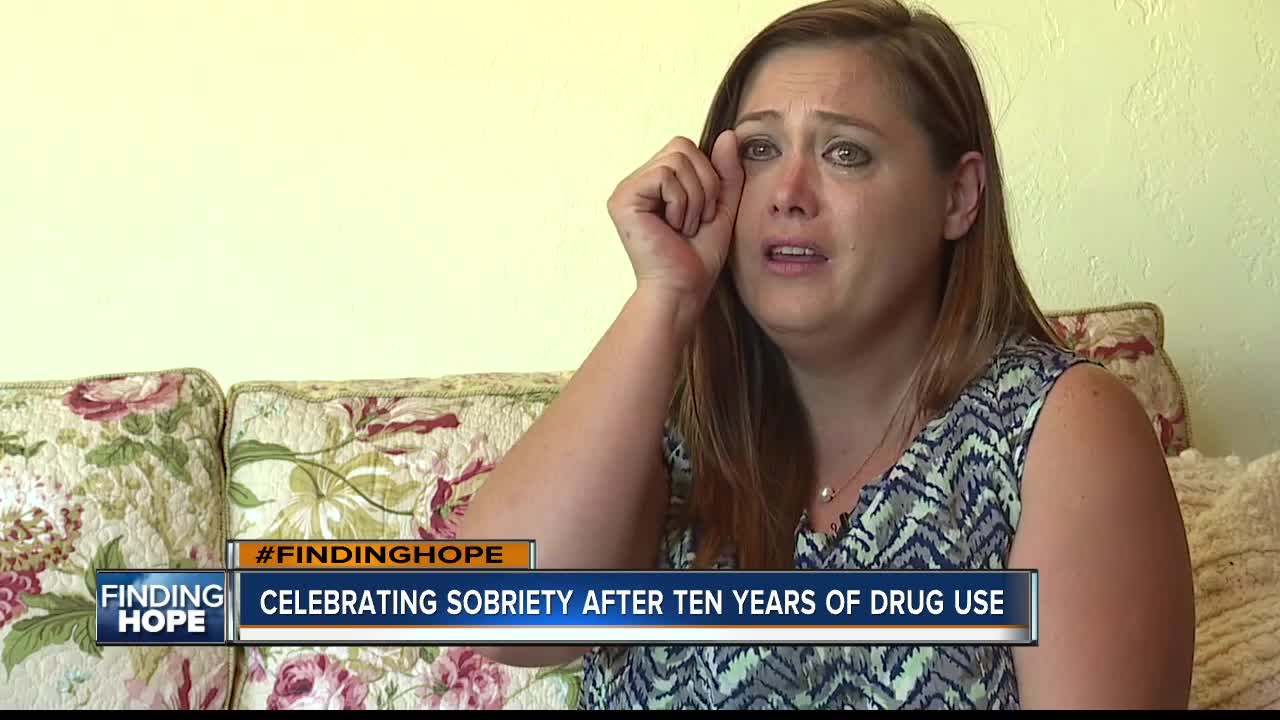 “I mean, I thought I was going to be like everybody else; go to college, get married, have a family,” Mendoza said. “I didn't know that I'd be married to someone who didn't want the best thing for me.”

The mom of a nine-month-old baby girl is celebrating six years of sobriety after living nearly a decade from fix to fix.

“I didn’t know anything about drugs,” Mendoza said, but she quickly realized how powerful addiction can be.

“It starts out slow, you know, just a few here and there and then all of a sudden I'm taking five [pills] at a time,” Mendoza recalled.

After falling in love with a drug addict at the age of 18, the former Nampa High cheer captain ended up hooked on Methamphetamine, Morphine, Percocet and pretty much anything she and her then-husband could get their hands on. Eventually, her days revolved entirely around finding and doing drugs.

Eight years in, Mendoza’s husband died of an opioid overdose.

“The coroner called me and said that there were lines of pills sitting out,” Mendoza said. “So I knew that he loved drugs more than me. They were sitting there waiting; so it was an accident. His lungs got full of fluid and he just didn’t wake up.”

But even that wasn’t enough to push Mendoza to seek a sober life.

"I still didn't even get it, I didn't get it,” Mendoza said. “So I go through the funeral, I go through everything and I'm taking more pills. So this time I'm up to the big time stuff; Oxycontin, snorting up pills now by myself. Vicodin, everything."

"So ashamed,” Mendoza said through tears. “I lost ten years. I mean, there are years I don't remember."

The one thing she still struggles with is the decision she’d make to knock door-to-door on strangers’ homes to steal their medications.

“Not even knowing who they were. You just ask to use the bathroom and I’d go in and go through the medicine cabinets,” Mendoza said. “That’s probably the worst thing I feel bad about still, that I haven’t made amends on.”

Cassidy says she’d resort to stealing money from her own mother in order to get high. "And that really made me feel bad,” Mendoza said crying. “In the whole world, if anything did, it’s that I hurt her."

Then in 2010, Cassidy got another wake-up call when she fell asleep at the wheel on the interstate near New Plymouth. She was high on Morphine and stolen Methadone.

“In the morning I had taken at least a couple hundred milligrams of Morphine, then I went to my sisters and stole the Methadone, which the high from that can hit you at anytime but I didn't care, I'm kind of just floating through life, not knowing what's going on or who I'm affecting,” Mendoza said.

Mendoza said her car flipped multiple times right near the New Plymouth exit on I-84. “About five times down the freeway, up the on-ramp and then back down. There was a gentleman working late that night and heard the accident and came and knocked on the window. That’s what I remember.”

Mendoza lost consciousness again and woke up to a woman sitting next to her comforting her. “I found out later that the women who were driving behind me are two nurses,” Mendoza said. “How does that happen to me? Why do I deserve it?”

Three or four days later, Cassidy woke up in the hospital. “The doctor asked me, ‘Why do you have Methadone in your system?’ And I'm an addict so I'm not going to tell the truth, right?" Mendoza said.

But surgeries to repair Cassidy’s crushed left arm just lead her back to her biggest foe: 300 pain pills gone in two days.

Fast forward through two more years of regular drug use, and with a strong push from her supportive mother, Cassidy had an option: Go to rehab or go to jail.

“You can either be stubborn and continue a life of chaos, or you can turn it around and use that strength to get out of it,” Cassidy’s mother Toinette Mendoza said. “And that's what she did.”

“She told me to go home and sit on the steps, so I went home and we packed a bag. The unknown, that’s the scariest thing in the world,” Cassidy said.

Cassidy spent 90 days at Port of Hope in Nampa. It wasn’t easy and withdrawal was even worse than she imagined.

“All I did was cry like this, and that was shame. I was so ashamed. I lost ten years,” Mendoza said. “I was going to lose my arm and I didn’t care. I didn’t care about anything.”

The detox process was difficult, but 90 days later, Cassidy walked out of those doors with the tools she needed to stay clean and on May 10, she celebrated six years of being drug-free.

Now, she encourages others struggling with addiction to know their strength. "We're strong women and strong men. We're strong people, we can do this,” Mendoza said. “Take a Tylenol instead of a Percocet."