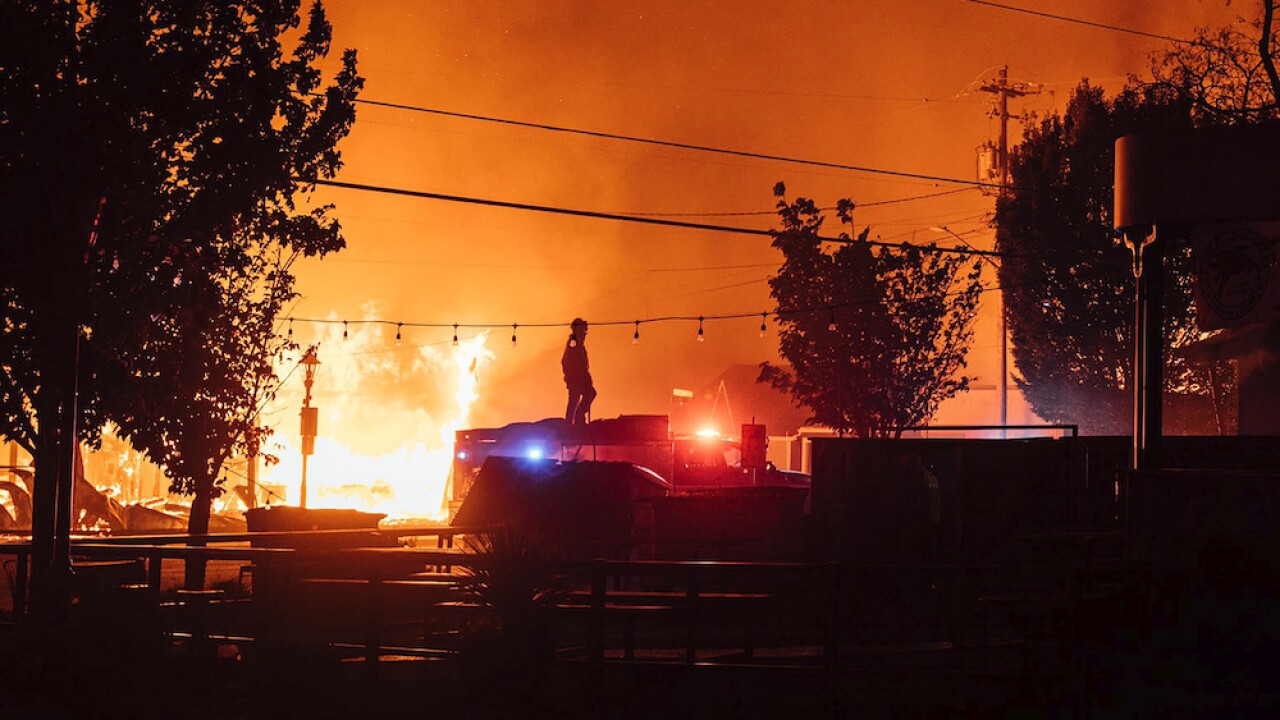 SALEM, Ore. — Deadly wildfires in heavily populated northwest Oregon are growing and hundreds of thousands of people have been told to flee encroaching flames.

Other residents to the south whose homes were destroyed are tearfully assessed their losses. The Oregon Office of Emergency Management reported that by Thursday evening, the number of people evacuated statewide because of fires had climbed to an estimated 500,000. That’s more than 10% of the state's 4.2 million residents.

One fire approached Molalla, triggering a mandatory evacuation order for the community of about 9,000 people located 30 miles south of Portland. A police car rolled through the streets with a loudspeaker blaring “evacuate now.”