Volunteer poll workers signing up in large numbers, after concerns during primaries

Volunteer poll workers signing up in large numbers, after concerns during primaries 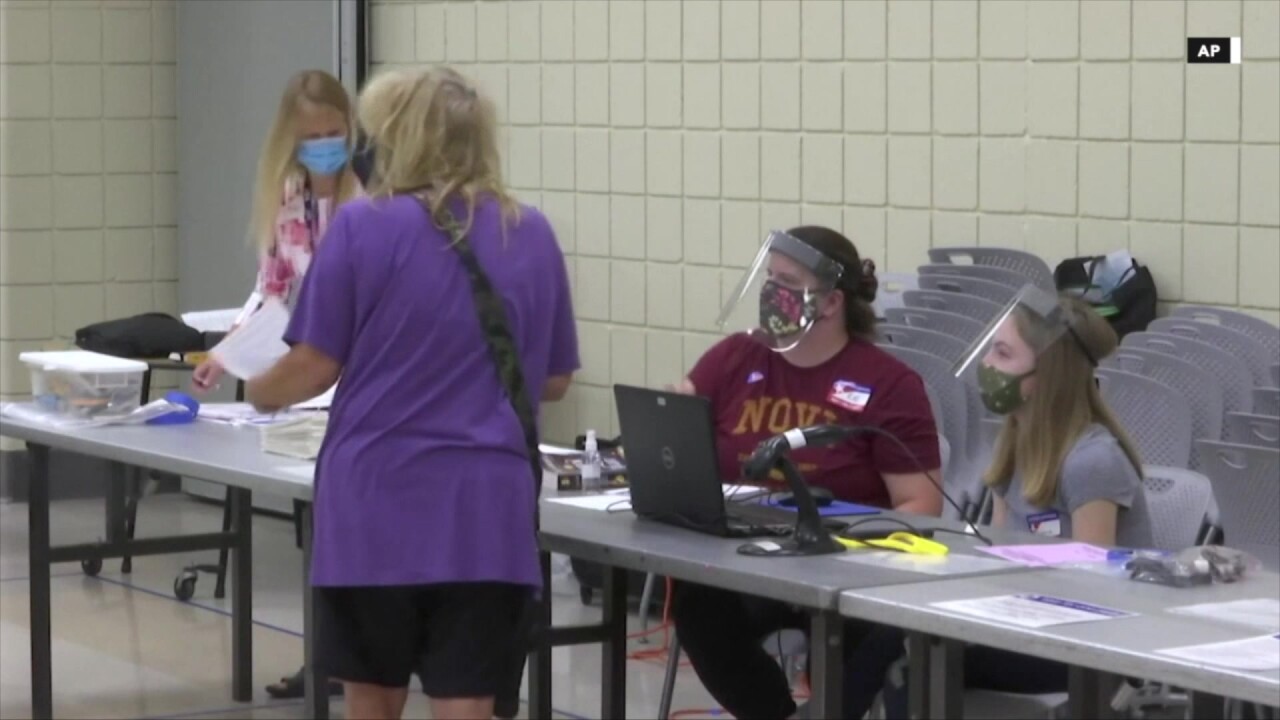 Election offices across the country are making preparations to ensure everything is ready for a smooth voting process. A crucial piece to make sure that happens is recruiting enough poll workers for Election Day.

"The majority of poll workers are over age 60, and so, often in some of those higher risk categories for complications for COVID-19. So in the primaries this year we saw a lot of challenges getting poll workers," said Ben Hovland, Chairman of the U.S. Election Assistance Commission.

Hovland says, in years past, most poll workers have been retirees volunteering their entire day and doing an important civic duty at polling places.

During this summer's primaries, as COVID-19 cases rose, cities and states nationwide had some difficulty retaining poll workers. So much so, that the U.S. Election Assistance Commission launched National Poll Worker Recruitment Day.

"We created a website Helpamericavote.gov. If you go there you can choose your county and jurisdiction in the drop down menu and it can get you to your local election official and you can sign up if you want. But again, we’re seeing a number of places that still need poll workers," said Hovland.

In Madison, Wisconsin, more than 1,000 poll workers canceled their volunteer shift for the primary and an August election. But then, something extraordinary happened. The city had more people sign up to be poll workers than ever before.

"We heard from a lot of people who said, 'I’m signing up to work at the polls because my grandma usually does and my mom usually does and can’t right now because of COVID, so I want to fill that spot.' We had to stop taking applications, which we’ve never had to do before," said Madison's City Clerk, Maribel Witzel-Behl.

"Now, almost 4,000 of those 6,000 poll workers are first-time poll workers and so that’s a pretty amazing thing to think about," said Witzel-Behl.

Witzel-Behl says extra workers will help them be "pandemic proof" on Election Day. Poll workers are instructed to follow strict health guidelines, which include not having a fever within the last few days or showing any symptoms of COVID-19.

Now that so many are signed up, the City of Madison will be conducting 50 new poll worker virtual training sessions to get them ready for the big day. Officials hope this boost in volunteers gives a renewed and longstanding interest for civic engagement.

"We're glad that the poll workers who have been in place for decades and may have a greater risk for COVID-19 don't have to feel bad about staying home and sitting this one out. That there are plenty of people to fill in and they're able to stay safe because we want our whole community to be safe," said Witzel-Behl.

The U.S. Election Assistance Commission says there are also other ways people can contribute to a smooth Election Day. This includes being prepared to vote, simply by ensuring you're at the correct polling place, bringing the proper identification and making sure your address information is updated.

Hovland says always check with your local election office for the most accurate information and to sign up to be a poll worker.