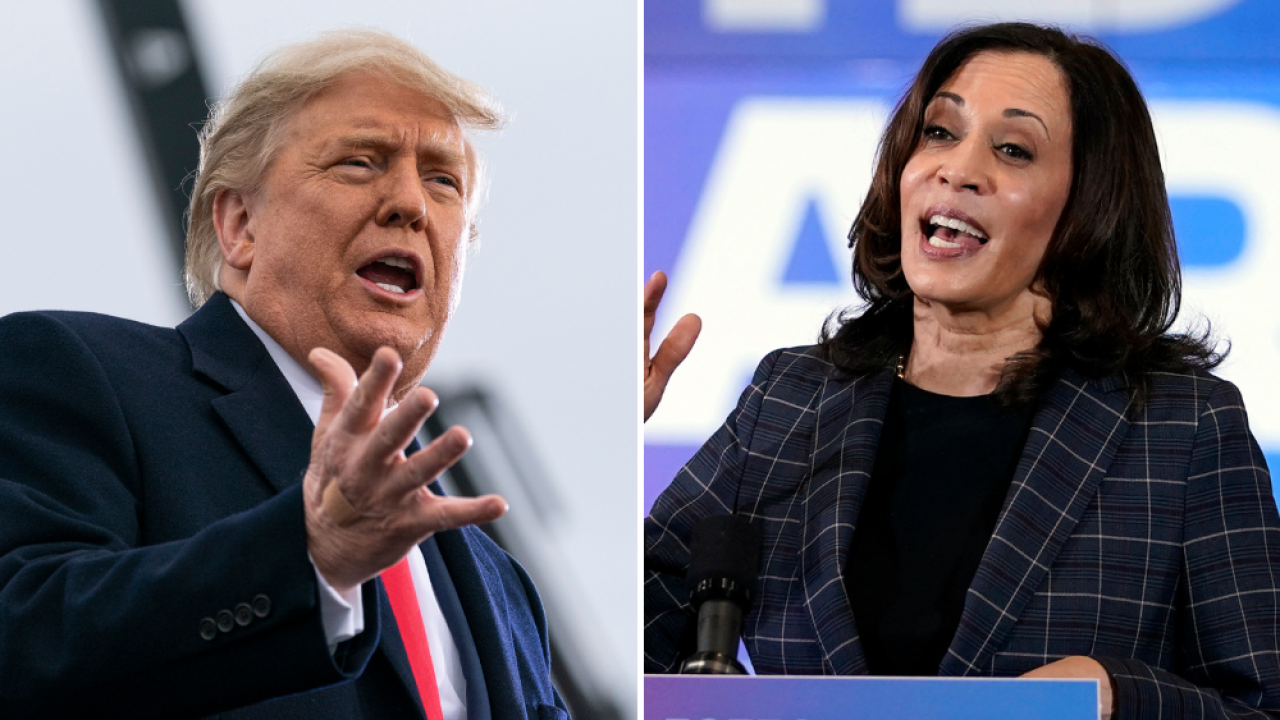 President Donald Trump will hold two rallies in the western swing state of Arizona on Monday while Sen. Kamala Harris will stump for her running mate, Democratic presidential candidate Joe Biden in the all-important battleground state of Florida.

Polls indicate that Trump has significant ground to make up in the final two weeks in order to win re-election — a steep but not impossible task, considering he did just that in winning the 2016 election.

Trump spent Sunday evening in the Las Vegas area after a rally in Nevada — a crucial swing state where recent polls show him trailing Biden by as many as 11 points or as few as 2 points. Trump will then fly to Arizona on Monday, where he will hold rallies in Prescott, a city in the northern part of the state, and in Tucson, in the southern part of the state.

At a drive-in rally in Orlando, supporters honked their car horns as Harris approached the stage. She urged those in attendance to hit the polls as soon as possible, as early in-person voting opened in the state on Monday.

Harris bashed Trump on his administration's response to the COVID-19, citing reports that he privately told journalist Bob Woodward in February that he knew the virus was deadly despite his public efforts to "downplay" the crisis. She also told rally-goers that key issues like healthcare and police reform would be on the ballot next month.

Trump carried both Arizona and Florida during the 2016 election.

Biden himself does not have any public events scheduled for Monday as of 11 a.m. ET.

The candidates' rallies come just days before the final presidential debate of the 2020 election cycle. That debate will take place on Thursday at 9 p.m. ET in Nashville.