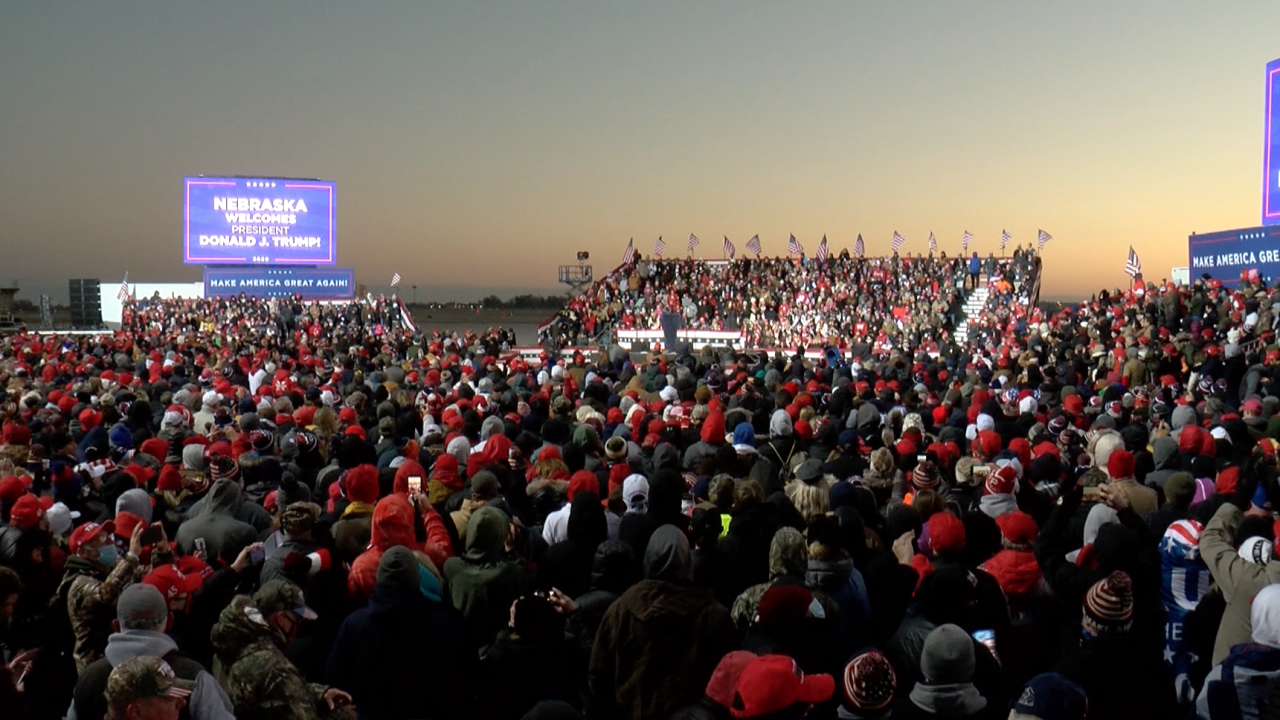 About 25,000 people were taken from the parking lots to the rally site via 40 buses over the course of the day. The buses started running at 10 a.m. CT.

When the rally ended and President Donald Trump left, there was high demand for buses around 9 p.m. It was already 34 degrees outside at that time.

Reports from the rally indicate thousands of attendees were stranded in the cold, waiting for buses to take them back to their cars. A Trump administration official told local media the buses were delayed by a traffic jam on access roads near the airport.

OPD says buses for people with handicaps were made available and additional buses from the Metro Area Transit Authority were called in to give people a ride back to their vehicles.

Some did choose to walk back to their cars, which was about 2.5 miles away. The department said many underestimated the distance and that the OPD gave aid to the elderly and those who had trouble making the trek.

Officers from several departments stayed in the area and the last person was loaded onto a bus at about 11:50 p.m.

In regards to foot and vehicle traffic, OPD says things returned to normal at about 12:30 a.m.

Of those in attendance, about 30 were contacted for medical reasons.

This story originally reported on 3NewsNow.com.