Texas voters have to wear a mask at the polls, judge rules 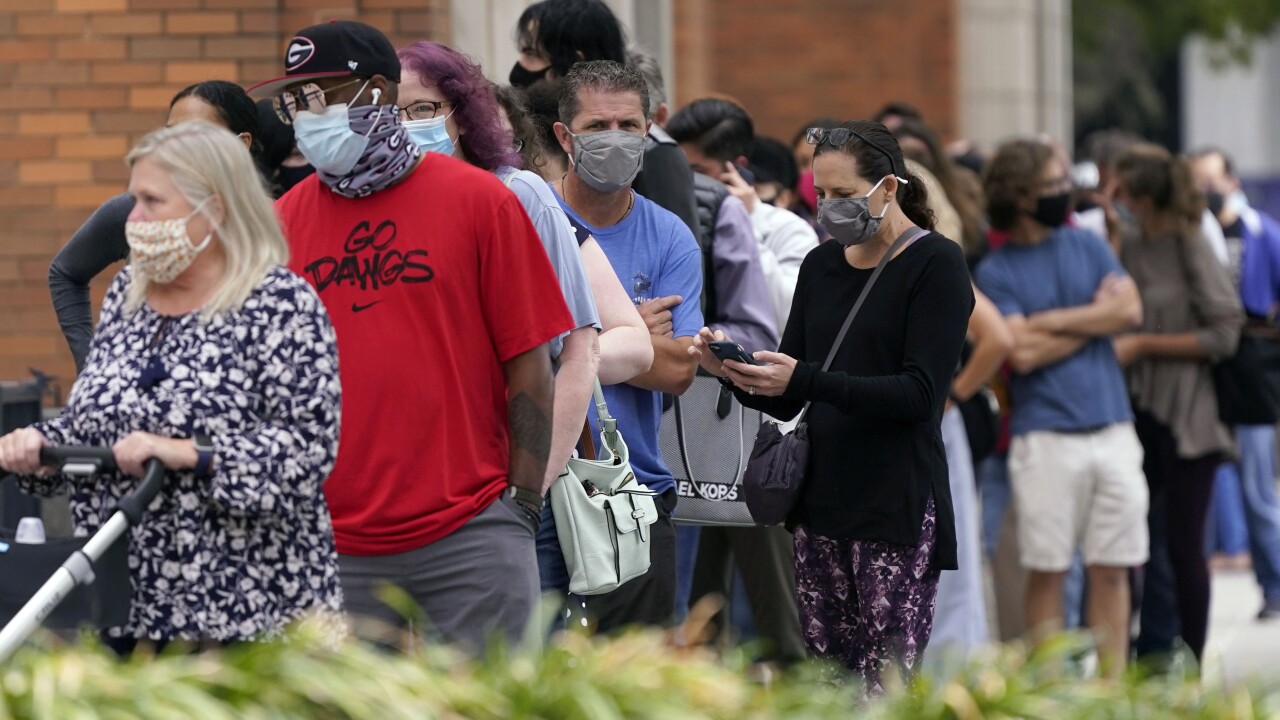 Copyright 2020 The Associated Press. All rights reserved.
LM Otero/AP
Voters line up and wit to cast a ballot at the American Airlines Center during early voting Thursday, Oct. 15, 2020, in Dallas. (AP Photo/LM Otero)

AUSTIN, Texas (AP) — A federal judge has ruled that Texas’ statewide mask mandate must extend to inside polling places. But election officials Wednesday did not appear to be rushing to enforce the order.

It was handed down after more than 8 million people have already cast ballots. U.S. District Judge Jason Pulliam said not requiring face coverings in Texas polling places created a discriminatory burden on Black and Latino voters, who are at higher risk of death and severe illness from the coronavirus.

Texas Governor Greg Abbott had included an exemption for polling places in his statewide mask mandate. The governor said he encourages people to wear a face mask but exempted polling places from the mandate because he didn't want voters turned away from the polls just because they didn't have a mask, according to the Texas Tribune.

Texas is three weeks into early voting, but Pulliam said enforcing a mask order would not be disruptive.

According to the U.S. Elections Project, which is tracking early voter data, there have been more than 8.1 million votes cast already in Texas as of Wednesday afternoon. That's roughly 90 percent of all votes cast in the 2016 election.