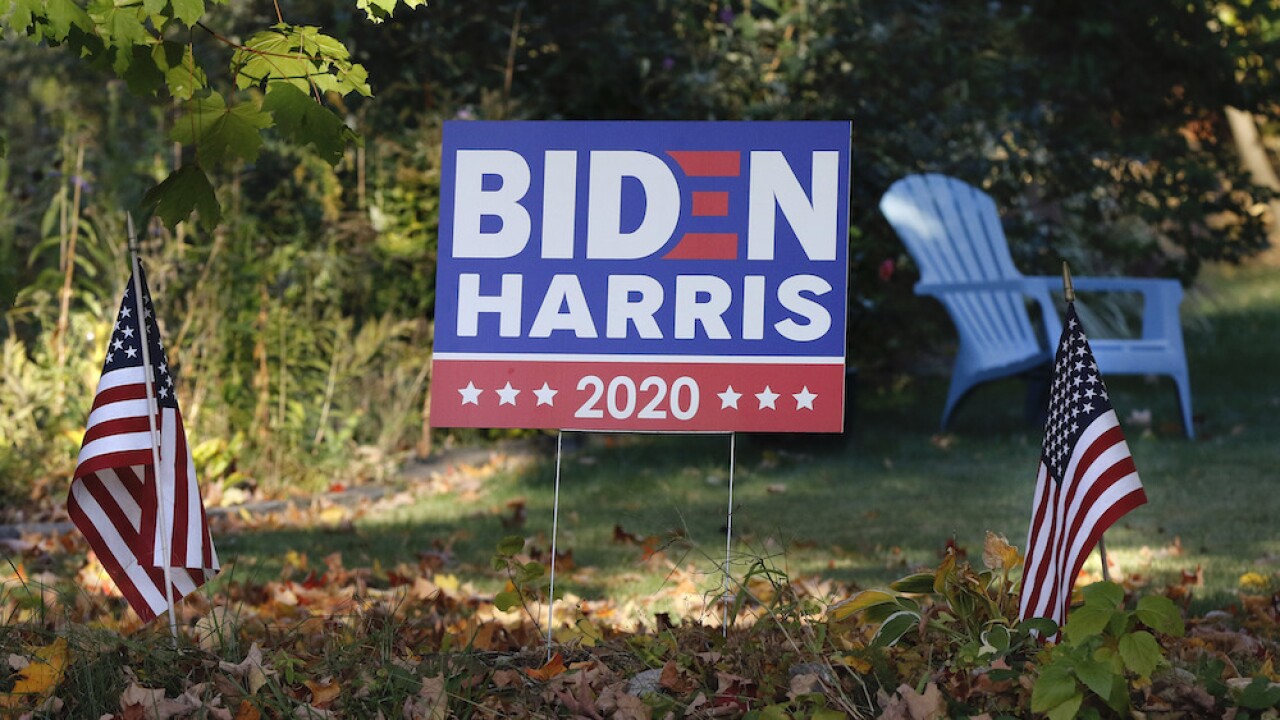 A man in Haines City, Florida, was arrested Saturday after allegedly stealing a piece of construction equipment and taking Joe Biden campaign signs out of the yards in a local neighborhood, according to NBC News, The Associated Press and The Washington Post.

James Blight, 26, was arrested Saturday and charged with grand theft auto and trespassing.

NBC News reports that during the joyride, Blight allegedly knocked down a speed limit sign.

Blight told police that he "had been drinking whiskey all day and did not remember most of the day," Haines City public information officer Mike Haines told NBC News. "He said that he couldn't help but hit the Joe Biden signs and acknowledged to taking down a fence in the process."

According to The Associated Press, the city's former vice mayor, Adam Burgess, lives in the neighborhood, which is predominantly Black. In a Facebook Live video, Burgess called the incident a "hate crime."

In addition to grand theft auto and trespassing, NBC News reports that Blight could face more charges in the coming days.