Have a plan to vote, said advocates for disabled veterans 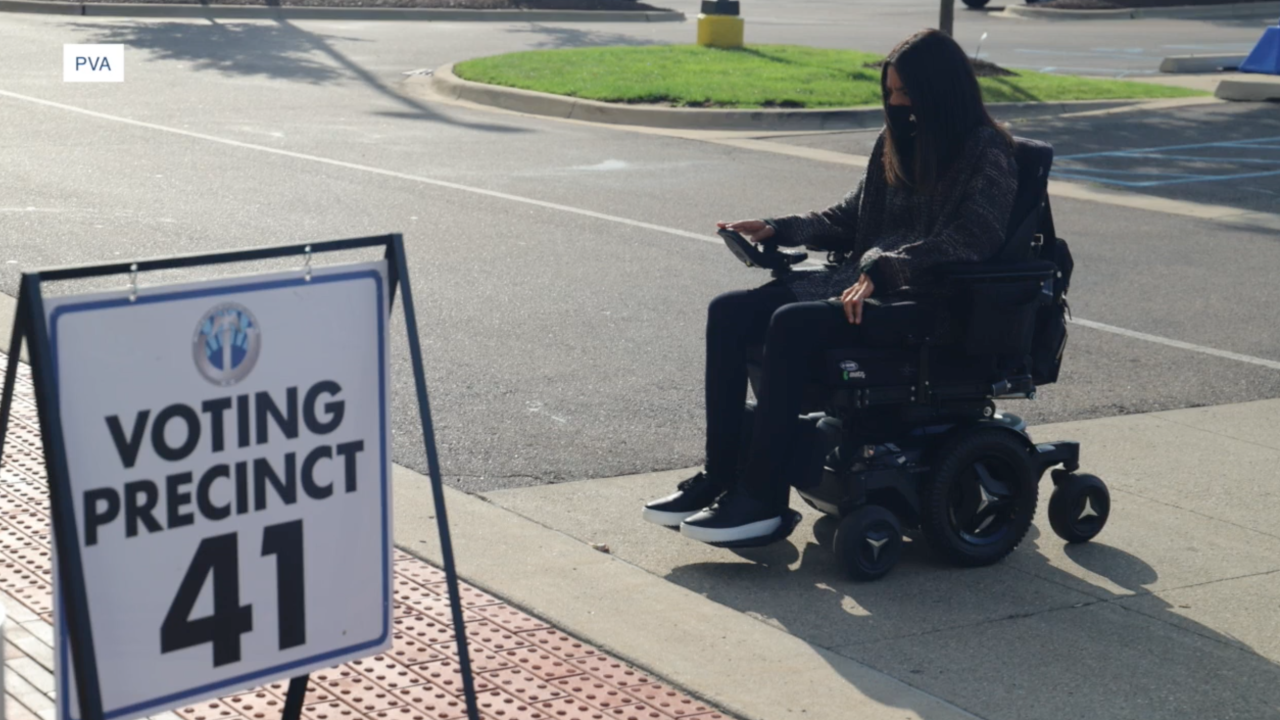 America's Paralyzed Veterans are urging disabled voters to make a plan for Election Day, and to read up on their rights before heading to the polls.

Al Kovach has been there. As in, he tried to vote, and couldn't.

“About 20 years ago, I went to cast a vote assuming the place would be wheelchair accessible and I was wrong and I was unable to vote, I was basically denied my right to vote,” Kovach said.

Fast forward to today, and he says, we're still talking about polling and voting challenges for the disabled. Ever since that experience, he's opted for mail-in ballots. This year, he's urging everyone to plan ahead.

“Unfortunately, there’s no ADA police going around and enforcing the law so when it comes to polling stations, if you go to a polling station and you can’t get in, your only recourse is to go to Department of Justice and file a complaint, but that doesn’t help you in that moment to cast your vote," said Kovach.

As if it weren't complicated enough, he's reminding everyone to be mindful of the coronavirus. The disabled are medically fragile, he says, and more susceptible to serious implications from the coronavirus.

“We are seeing a lot of people calling us with trouble with voting,” Kovach said. “I know in San Diego, we had someone who tried to vote last week and was unable to get inside the polling station and another gentleman in Chicago sat in line in his wheelchair for hours around people not socially distancing or wearing a mask.”

The U.S. Government Accountability office sampled 178 polling places in 2016 and found that 60% had accessibility impediments, including steep ramps, lack of signage, and poor parking or paths. Federal law requires that polling places be accessible to all voters.

“Election officials need to comply with not only the Help America Vote Act... but also the Americans with Disabilities Act, so it is important to make sure that all Americans are able to vote independently and privately,” said Ben Hovland, chairman of the U.S. Election Assistance Commission, which focuses on election administration and how elections are run around the country.

Hovland says elections officials everywhere are scrambling. Most everyone is adapting to COVID-19 restrictions, which has forced significant changes at the local level. He too is asking people to plan.

“Record numbers of Americans will be voting by mail this year and vote by mail has some challenges for Americans with disabilities,” Hovland said. “We’ve seen states implement portals that work with assistive technology and we’ve seen ballots that utilize hole punches near the signature lines of the absentee ballot envelope.”

“A polling station might focus on wheelchair accessibility but forget the fact that there are people who can’t see or can’t hear and I want to make sure that people with disabilities know you can bring a friend with them to help them cast their vote. That is their right,” Kovach said.

Kovach adds there's a checklist on the Paralyzed Veterans of America Website. He recommends people check out what's on that list, and understand what works or won't work for you. He said, “I wish I had done that 20 years ago."

Hovland said make sure you seek trusted sites from your state and local election officials, as we're getting close to deadlines for many areas.