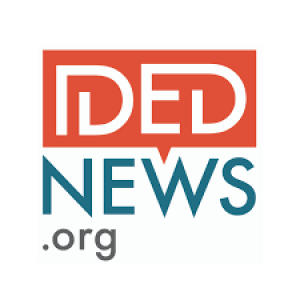 Originally posted on IdahoEdNews.org on February 9, 2020

Latino students in 11 Idaho schools were so dramatically behind their peers last year that state education officials demanded plans for change.

Latino and Hispanic students in these schools had fallen far behind their non-Hispanic classmates, trailing more than 35 percentage points in English language arts or math. As part of Idaho’s implementation of the federal Every Student Succeeds Act,  education officials told schools from Caldwell to Blackfoot to develop detailed plans to improve those students’ outcomes.

The State Department of Education doesn’t collect, monitor or even read these plans. Federal law leaves the enforcement to local districts.

EdNews and the Idaho Statesman reviewed all 11 school improvement plans and found that most don’t entirely address a set of federal standards.

Idaho’s federal programs director Karen Seay said she would expect these plans to include a focus on Hispanic students, measurable goals for that group, and a long-range plan of action if schools don’t improve.

The Idaho State Board of Education wants schools to step in when one group of students falls behind another, board president Debbie Critchfield said.

That’s one of the reasons Idaho’s state plan for the Every Student Succeeds Act specifically identifies schools with this problem — usually referred to as an achievement gap. State officials identify schools that have a consistent achievement gap of 35 percentage points between racial groups, low income students and other student groups and their peers.

Focusing on these areas for accountability, Critchfield said, was supposed to send a message.

“What the state can do is shine a light on that and say, in all that you do … local school district,  we want you to have this at the forefront of your decision making,” Critchfield said. “What are you doing to close these gaps?”

A national review conducted by the Alliance For Education shows that most states’ Every Student Succeeds Act plans don’t highlight schools with these kinds of gaps like Idaho does.

Schools identified for having these gaps are required to submit a plan to their school district that details how they will improve the outcomes of these “consistently underperforming” students. Schools can access help from the state, like capacity builders, but it’s up to the schools to take advantage of that.

Last year, 188 Idaho schools were identified for having gaps of more than 35 percentage points between student groups.

Eleven had a gap between Hispanic and non-Hispanic students.

Nine are elementary schools. One is a middle school. Another is a charter school. Most of the schools have high populations of Hispanic students who are English language learners.

Planning and enforcement falls to the districts

Schools identified for having a large gap between Hispanic and non-Hispanic students in 2019 include:

The state requires schools to create improvement plans following federal requirements, but leaves enforcing the details of those plans to the local districts.

Federal plan requirements include improving student outcomes “for each [group] of students that was the subject of notification,” including parents in crafting or implementing the plan and that the plan results in some sort of “additional action” if it is unsuccessful.

Ben Lemons, principal of Riverview Elementary in Shelley, said the state has been responsive when he has questions about his school’s improvement requirements. But, he thinks both districts and the state could do a better job of making sure plans are well written and enforced.

“I don’t think those are communicated well enough, and tracked well enough by somebody from the state,” Lemons said of the requirements. “…Especially in the smaller school districts, there is nobody there to do this all of the time.”

The State Department of Education is more hands on with a different group of schools: the state’s overall lowest performers.

In reviewing the plans for that group, Seay said, SDE officials found goals that are “all over the board” from one school to the next. It was a lesson that the department could do a better job specifying that goals need to be both measurable, and specific, Seay said. Those goals would describe current student performance, and specify exactly how much students need to improve in the coming years.

If the state were to review plans for the achievement gap schools, “that’s what we would want to see,” Seay said.

Seay does worry about schools not complying with federal rules.

But while the state offers resources to these schools, and the State Department does do check ins with different districts, the local district is responsible for monitoring gap schools  at the end of the day.

“We do the best we can to reach the schools that we can,” Seay said. “It is a local control state, so our responsibility to districts is to communicate to them what the requirements are, and to support them absolutely.”

Implementing the Every Student Succeeds Act requirements, which have only been in place for a year and a half, has been a “learning exercise for all of us,” Seay said.  Moving forward, the State Department of Education plans to change the way it notifies achievement gap schools.

Emails obtained by EdNews via a public records request found that districts identified for a gap in 2019 received a form email, telling them a school in their district was designated for improvement, without any local specifics.

To find their school, principals were referred to spreadsheet with up to 8,000 expandable rows.

Ridge Crest Elementary, a 375-student school in the Blackfoot district, was identified for low Hispanic student achievement two years in a row, but didn’t realize this until EdNews called to ask about it. While the district knew it needed to focus on English Language Learners – another gap group – officials overlooked the Hispanic gap annotated in the spreadsheet.

Principal Doug Bitter and superintendent Brian Kress took responsibility for the oversight. But the process would have been easier, Kress said, if the state had explicitly stated what schools were required to improve.

“I don’t feel that would be too much of a stretch,” Kress said in an email. “However, neither is asking a superintendent and a principal to correctly read an Excel spreadsheet.”

Moving forward, Seay said, the state plans to send direct notifications — and require confirmation from districts to make sure they got the memo.

This week, the State Board of Education is meeting to discuss Idaho’s compliance with the Every Student Succeeds Act plan.  Critchfield anticipates the discussion will touch on closing achievement gaps, and how the state can support districts in that effort.

“Generally, we collectively have a tendency to gloss over when we use the term gap closure,” Critchfield said. “That’s important and we need to talk about that — and make sure that we’re always talking about that so we don’t forget to do it.”

This story is part of the Latino Listening Project, an ongoing collaboration between the Idaho Statesman and Idaho Education News, focused on the educational outcomes of Latino students in Idaho. This effort is supported by the American Press Institute.

Reporters Sami Edge and Nicole Foy will be traveling the state to examine the problems — and possible solutions. Do you have an idea for them to explore or a school you think they should visit? Email sedge@idahoednews.org or nfoy@idahostatesman.com.

Idaho Latino educators and students are also encouraged to share their stories and thoughts on our educator and student surveys.