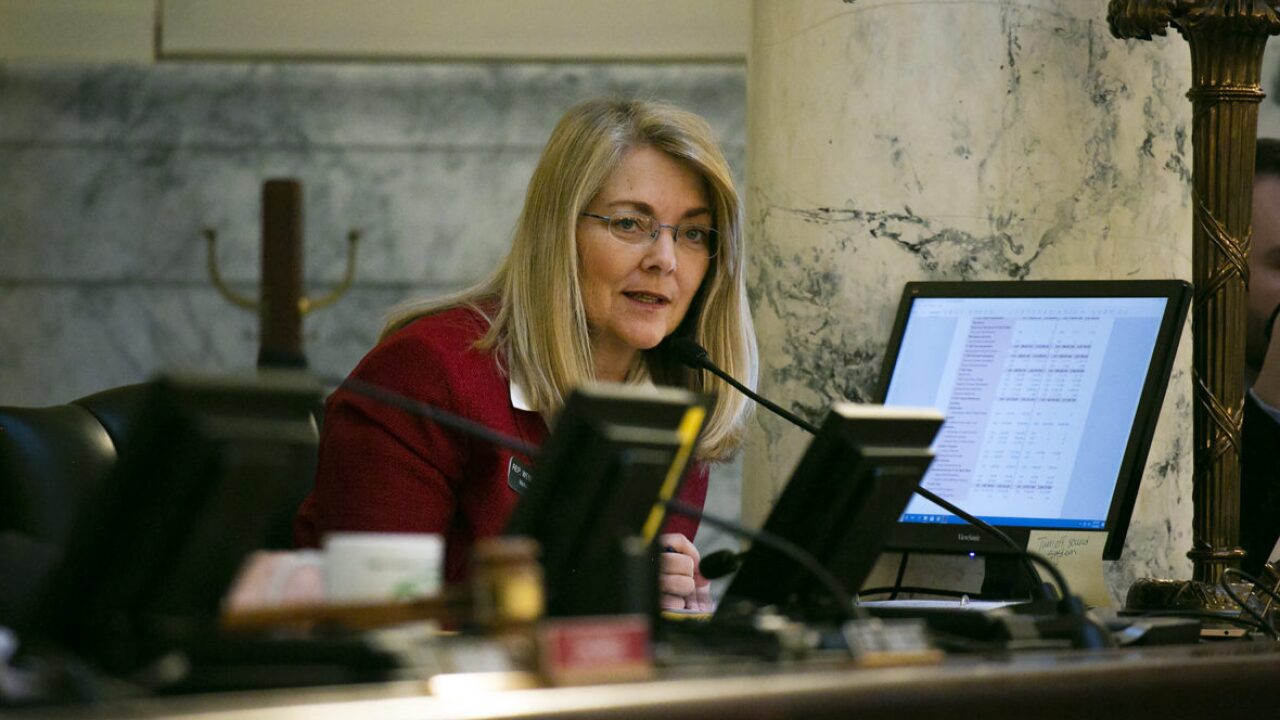 Idaho Education News
Rep. Wendy Horman asks a question of Superintendent Sherri Ybarra during her budget hearing in front of JFAC on Jan. 23, 2020.

IDAHO — This article was written by Clark Corbin of Idaho Education News.

“I realized potentially there was a path (to winning the speakership),” Horman said. “I decided I would regret not trying more than I would regret losing.”

Republican House members will vote on the speaker’s race during a closed-door caucus meeting the evening of Dec. 2. Normally, the leadership elections take place in private at a Boise restaurant over dinner. Due to the pandemic, House GOP members will distance themselves inside the Statehouse and vote, and skip the communal dinner, Horman said.

The speaker enjoys enormous power in the Legislature and presides over the day-to-day business during House floor sessions. The speaker plays a big role in appointing committee leaders and helps drive the agenda during the session.

Horman, just re-elected to her fifth two-year term in the Legislature, said she is not aware of anyone else running for speaker, aside from her and Bedke.

A former school board member, Horman first made a name for herself at the Statehouse working on education issues. Over the past six years, she has served on the Joint Finance-Appropriations Committee and helped write the K-12 public school budgets.

If she’s successful, Horman may be the first female speaker of the Idaho House.

“Someone told me that, I honestly haven’t checked the history,” Horman said.

She isn’t pushing for sweeping changes, but Horman would like a greater focus on the budget and analyzing state spending. She’s also pushed to increase the Legislative Services Office staff to provider greater year-round services to constituents.

When she decided to run, Horman said her first call was to Bedke. She also reached out to other members of leadership, her Republican colleagues, Gov. Brad Little’s office and two Democratic state representatives.

Bedke, who was just elected to his 11th two-year term in the Legislature, is a Republican from Oakley. He was first elected speaker ahead of the 2013 session.

During the 2020 legislative session, Horman voted against House Bill 523, which was designed to increase pay for veteran teachers, because she had concerns about the budget note attached to the bill. She wants to move Idaho to a new education funding formula and has concerns about the teacher evaluations component of teacher pay.

Though she voted against the policy bill, Horman later voted in favor of providing the funding in a budget trailer bill.

“My colleagues I talked to today have told me they respect my work ethic and they know I can stand up and make hard votes,” Horman said.

The Legislature’s organizational session will begin Dec. 3 in the Statehouse. That’s when results of the speakers election will become official and committee assignments for the upcoming legislative session are handed out.

The 2021 legislative session is scheduled to begin Jan. 11.

Nathan Brown of the Idaho Falls Post Register was the first to report Horman is challenging Bedke for the speaker’s seat.