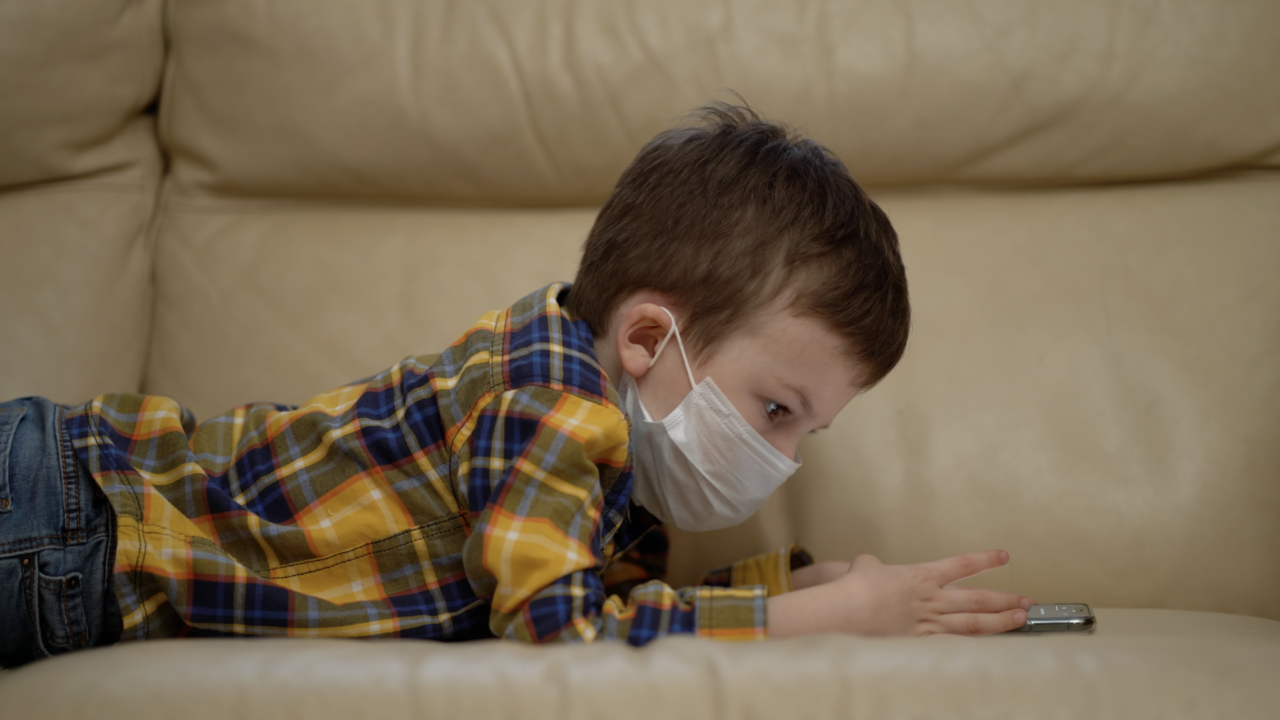 Toddler with medical masks on

ADA COUNTY — This article was written by Clark Corbin of Idaho Education News.

CDH uses a three-color risk classification system of “green,” “yellow” and “red” that corresponds to nonbinding state reopening guidance and is updated weekly. The move sent the West Ada, Boise and Kuna school districts from the elevated “yellow” category to “red,” the highest of the three risk classifications.

West Ada’s school board is scheduled to meet at 6 p.m. Tuesday to discuss the move to red, district spokeswoman Char Jackson said.

“As of today, the district and board have made no decision,” Jackson said Tuesday morning.

West Ada uses a hybrid learning model on alternate days that has been phasing in elementary grade levels, Jackson said.

Boise school officials announced Friday they would continue with their own hybrid learning model that sends students to school on alternating days.

CDH officials gave their blessing to schools operating in a hybrid learning model — at least for now.

“At this time, Central District Health supports schools operating with some level of in-person learning despite the Category 3 (red) designation,” CDH officials posted on their website Friday. “This recommendation may change should increases in case rates continue.”

Although CDH allows schools to continue with some level of in-person instruction, the state’s original nonbinding guidance for the red category was to close school buildings and move to full online, remote learning.

In fact, both Boise and West Ada started the school year online when CDH originally classified their schools in the red. CDH then moved Ada County schools back to yellow on Sept. 8 before moving them back to red on Tuesday.

The change to red follows increases in cases in Ada County and across the state that has raised national attention. Earlier this month, the White House Coronavirus Task Force recommended moving to online school in several Idaho counties that it identified as having elevated caseloads.

The White House Task Force also recommended moving higher education online in the counties that are home to University of Idaho, Boise State University and Brigham Young University-Idaho, which is a private university.

Asked Friday about the White House report and a recent spike in Idaho cases, Gov. Brad Little continued to favor the local reopening plan that empowers school boards to consult with regional public health districts to develop their own reopening and operations plans.

Little also touted the fact that all 115 school districts were offering some form of in-person learning.

The rise in cases has also raised concern among local hospital officials. Dr. Steve Nemerson, the chief clinical officer at St. Alphonsus Health, said during a press conference that Idaho is now experiencing a third spike in COVID-19 cases.

“Healthcare leaders are extremely concerned about the increase in the number of COVID-19 cases in the state,” Nemerson said.

West Ada and Boise are the state’s two largest districts based on enrollment. West Ada serves about 40,000 students while Boise serves about 26,000. Statewide, Idaho has about 312,000 public school students spread between 115 districts and more than 50 charter schools.