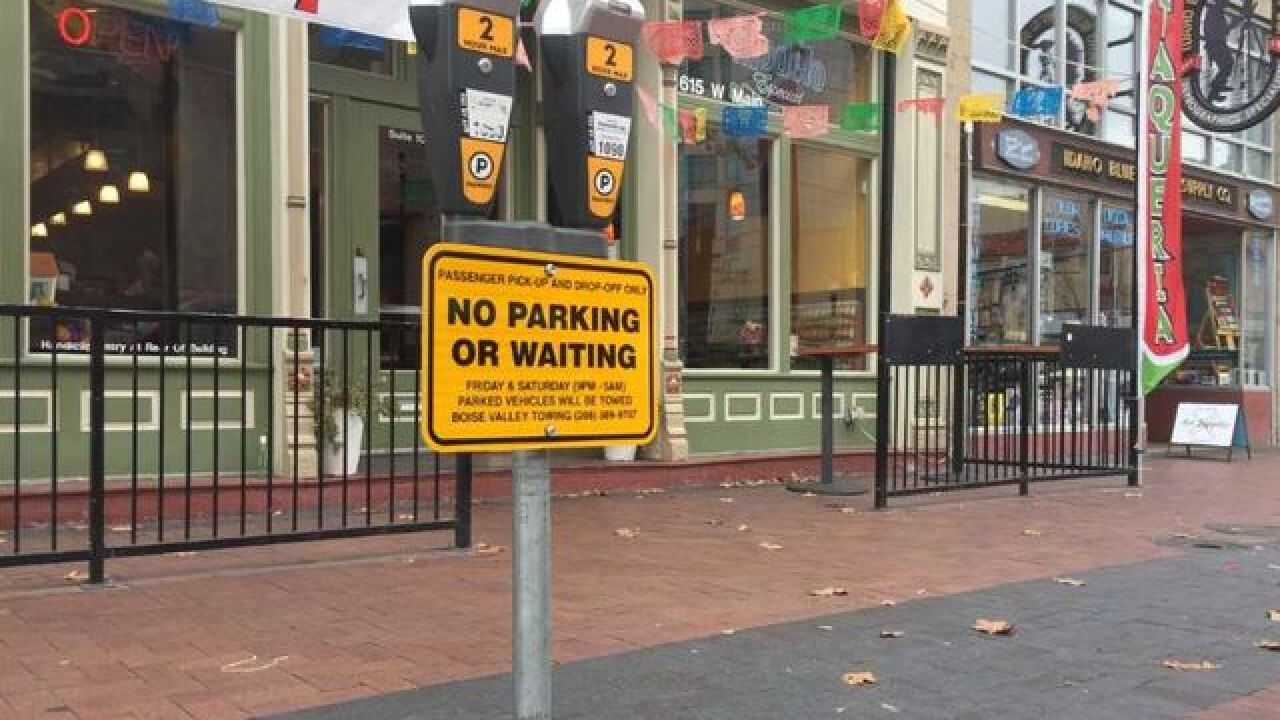 The new zone will extend from the southside of Main Street, between South Capitol Blvd to South 5th Street, and will be available for taxis, transportation network companies (like Uber and Lyft), and the general public. “The pilot program will kick-off on Friday, November 2nd and run through the end of the year,’ said Boise spokesperson Lana Graybeal.

“City of Boise Parking Services is testing this new pick-up and drop-off zone to provide a safe place for people to get in and out of vehicles between the hours of 9 p.m. and 5 a.m. on Fridays and Saturdays. Downtown patrons are being asked to park in other designated areas throughout the city during these hours. Vehicles parked in the pick-up and drop-off zone will be towed,” Graybeal explained.

In addition, the new zone is being implemented to reduce congestion and improve the flow of traffic in front of nearby downtown businesses.

“If the pilot program is successful, the City may choose to implement the pick-up and drop-off zone permanently on Friday and Saturday nights,” she added.

The last day of the new pick-up and drop-off zone test is scheduled for Saturday, December 29.

In April of this year, Boise piloted a month-long curbside pick-up and drop-off zone in downtown Boise. “While the initial pilot was a success, the limited curbside space on the southside of Main Street, between 5th Street and 6th Street, created issues with congestion,” Graybeal said.