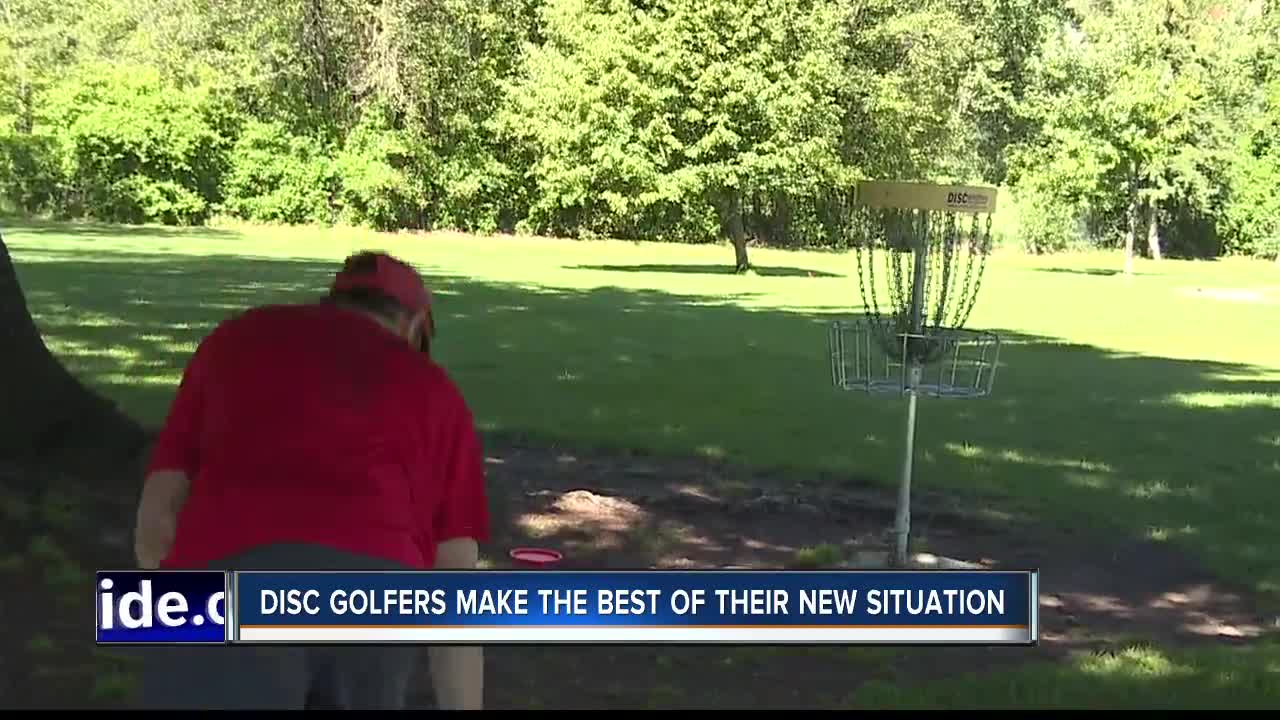 BOISE — The best disc golfers in the Treasure Valley and beyond competed in a two-day disc golf tournament in Ann Morrison Park.

However, the 23rd annual Baked Potato Open that features 13 different divisions ranging from the professionals, to amateurs, to women, juniors and seniors had a different look this year.

Disc golfers lost five holes on west side of the park to make room for The Together Treasure Valley Dog Island which will be the first year round off-leash dog park in Ann Morrison and will open sometime this summer.

The city compensated the disc golf players by giving them another section of the park where they were able to make two new holes.

"It was disappointing, it was painful," said tournament director Charles Parsons.

"We have to share the park and we did a good job of making up for it with the ground that we have and still making a full 18-hole course," said disc golfer Gary Sauer. "I like the new layout but definitely miss the old holes sometimes, but we did well with what we got."

The disc golf tournament wrapped up on Sunday, click here to see who won and what the scores were.