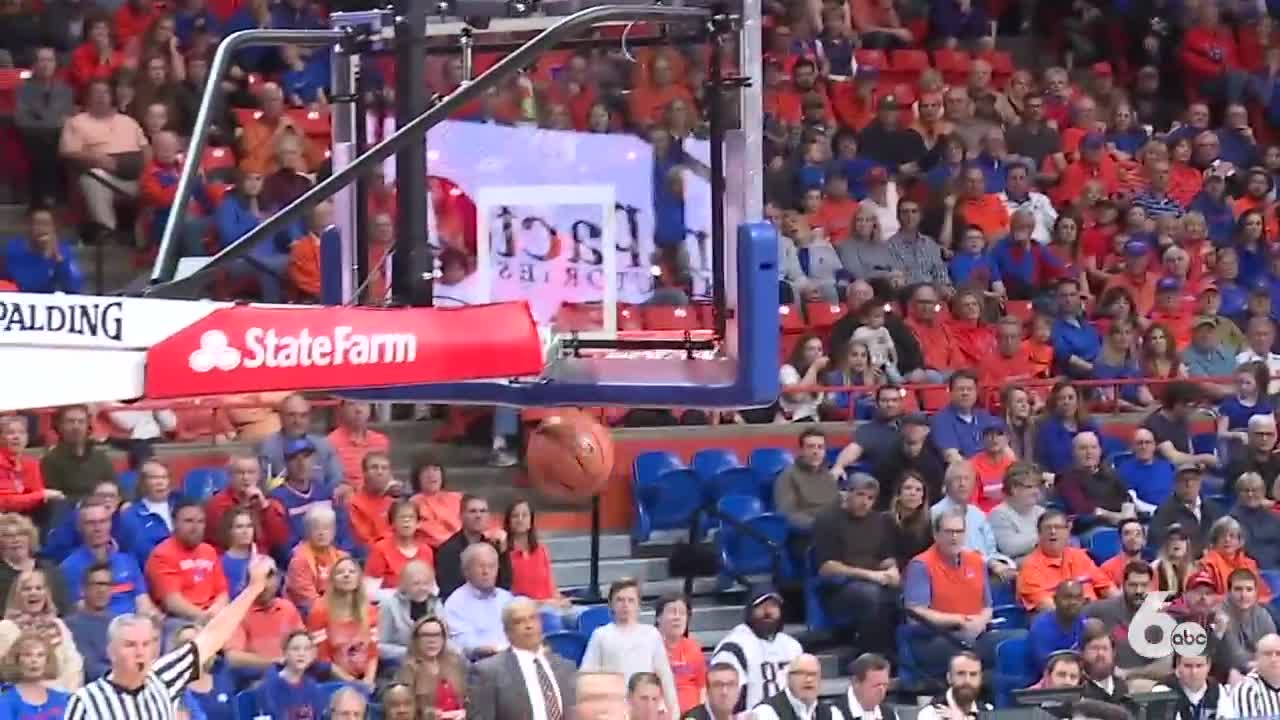 Derrick Alston, Jr. announced Wednesday he will withdraw his name from the 2020 NBA draft and return to Boise State for his redshirt senior season.

BOISE, Idaho — Derrick Alston, Jr. announced Wednesday he will withdraw his name from the 2020 NBA draft and return to Boise State for his redshirt senior season. Alston was Boise State's leader in points and assists last season, and last year became the 31st 1,000-point scorer in program history.

“I just felt like at the end of the day, just with my story and how I’ve gone through here, the best decision for myself and for my career would be to stay for my senior year at Boise State,” said Alston.

Last season, Alston was a top-10 finalist for the Julius Erving Small Forward of the Year Award. He was named All-Mountain West Second Team by coaches and media after averaging 17.3 points, 5.2 rebounds and 3.1 assists per game, helping the Broncos get their eighth 20-win season in the last ten years and to the semifinals at the Mountain West Championship.

“For me knowing the things I need to do to not only be a first-rounder next year but also for our team to go out and win a Mountain West Championship next year is the most important thing,” said Alston. "It's bigger than me, it's about this team."

Alston played in 76 games for the Broncos and was a member of Boise State's 2017 and 2018 NIT teams. His return to the Broncos brings an NBA-quality player to the lineup and adds continuity to a team made of mostly new players. The rest of this season’s roster enters the year with a combined 88 games played as Broncos.

The original deadline for student-athletes to remove their name from the NBA Draft and maintain NCAA eligibility was June 3. Due to changes to the Draft scheduled cause by COVID-19, the deadline was extended to August 3. Alston’s decision comes less than two weeks before the Broncos are set to begin mandatory workouts on July 20, the first day permitted by the NCAA.

The Broncos will have a high-level schedule this season, including marquee non-conference events in Orlando (Orlando Invitational) and Alston’s hometown of Houston (The Battleground 2k20 against Texas A&M). The remainder of the non-conference schedule will be released in the coming weeks.

Returning season ticket holders can renew their seats for the 2020-21 campaign now. Anyone who wants to get in on the action this year can call the Boise State Athletic Ticket Office at 208-426-4737 to have their name added to a waitlist for new season tickets.

Fans interested in joining the Broncos in Orlando can sign up to receive more information about travel packages. Details regarding the game in Houston against Texas A&M will be available later this summer.