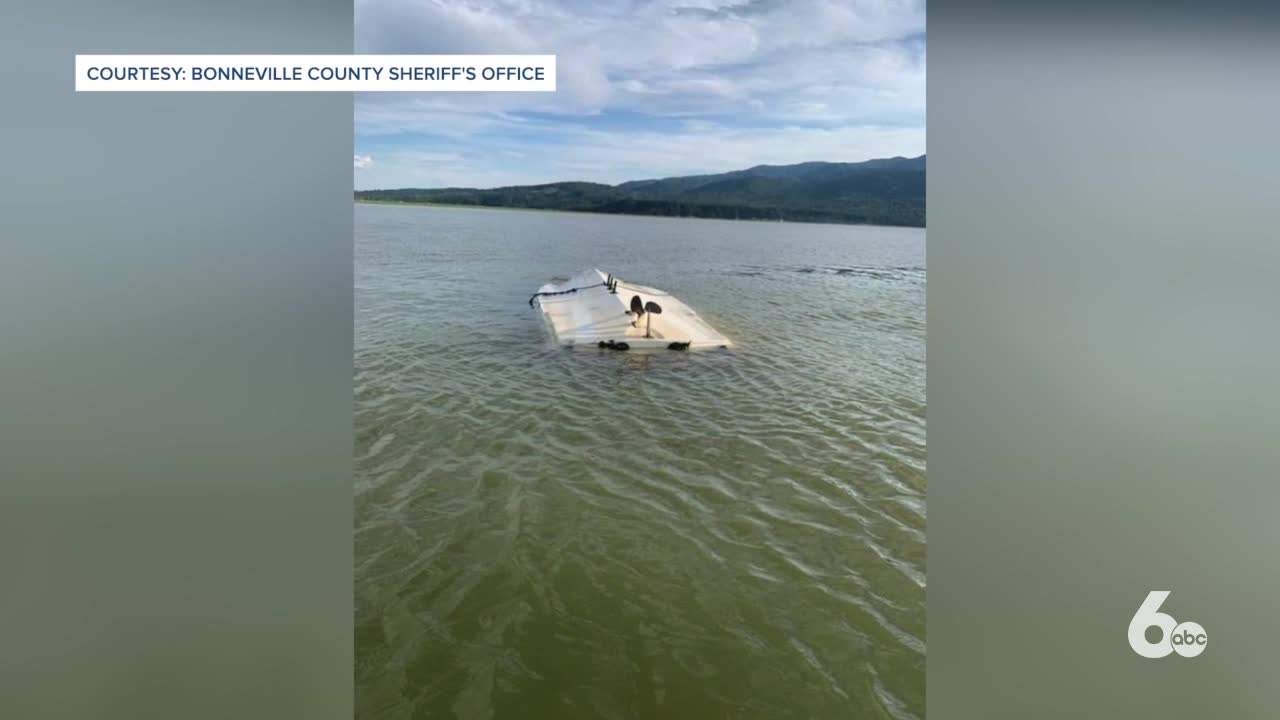 Deputies responded to the rescue events on the Snake River and Palisades Reservoir and are reminding those who chose to recreate on the water to keep water safety in mind. Officials remind those on the water to wear life jackets, pay attention to weather conditions and to not operate a watercraft while drinking or using drugs.

The first incident deputies responded to was near the Byington Boat Ramp on the Snake River Saturday after a jet boat became stuck on rocks at a diversion. Another boat helped three juveniles off the lodged boat, but technical difficulties prevented deputies from immediately being able to rescue the adult on board. Deputies were able to get the adult off later and assist getting the boat unstuck and back on to the bank. No injuries were reported from the incident and all passengers were wearing life vests, according to the Bonneville County Sheriff's Office.

A storm burst over the Palisades Reservoir caused several boats to fill with water and capsize Saturday. The weather conditions caused at least three boats had capsized or taken on water, officials say. One of the boats had an adult occupant did not require emergency assistance. Another boat with six passengers aboard capsized and briefly trapped a woman underneath, according to Bonneville County Sheriff's Office. The woman was wearing a life vest and was able to free herself. The woman cut her head in the process and another male on the boat injured his back. The other four were also wearing life jackets and were uninjured, deputies said.

A third capsized boat from the storm had two adults on board when it capsized and both swam to the bank while their boat took on water. Neither passenger was injured.

Deputies responded to another call of a stranded boat around 10:45 p.m. Saturday near the 65th S. river bridge on the Snake River. Three people, one adult and two children, were unable to get off the river. Idaho Falls Fire and Bonneville County Sheriff's deputies were able to get the boat towed back to the ramp.