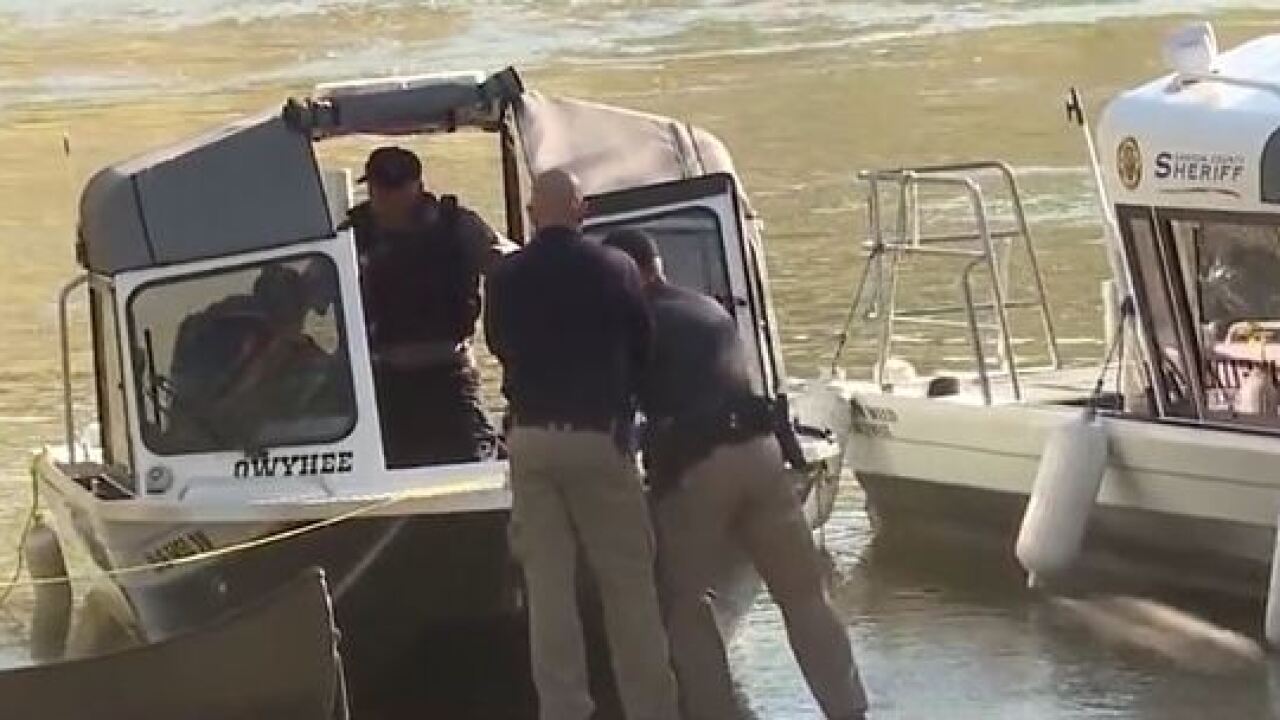 Deputies with the Canyon and Owyhee County Sheriff’s Offices have found the body of a 31-year-old Boise man who fell out of his canoe on the Snake River last month.

A member of the public called in a report of a body floating on the Snake River just past Celebration Park to Canyon County 9-1-1 dispatchers Monday morning, according to an Ada County Sheriff’s Office posting.

Reports say Wick fell out of his canoe on April 21 on the Snake River and disappeared.

A 31-year-old woman who was in the canoe when it tipped over was able to swim to shore.

Investigators determined the couple had put their canoe in the Snake River near the Swan Falls Dam and were about 1.5 miles from Celebration Park when they hit some water turbulence and the canoe tipped over.

Neither Wick nor the woman were wearing life jackets, but they had jackets with them in the canoe, the posting said. The woman was able to grab one of the jackets and use it to keep her afloat as she swam to shore.

Witnesses say Wick held on to the canoe for a while before attempting to swim to shore.

“The surface temperature of the swift-moving water at the time was 53 degrees and was dozens of feet deep where the canoe tipped over,” the ACSO posting said.

Witnesses called 9-1-1. Paramedics arrived and treated the woman at the scene for hypothermia.

A group of Ada, Canyon, and Owyhee County Sheriff’s deputies began searching the area using sonar detection equipment in boats, while pilots of an air ambulance helicopter did an aerial search of the river and river banks.

The search continued several days, but was eventually suspended when officials found no trace of him.

The place where deputies recovered Wick Monday -- just past the Walters Ferry boat landing and Idaho 45 -- is about eight miles from where the canoe originally tipped over.