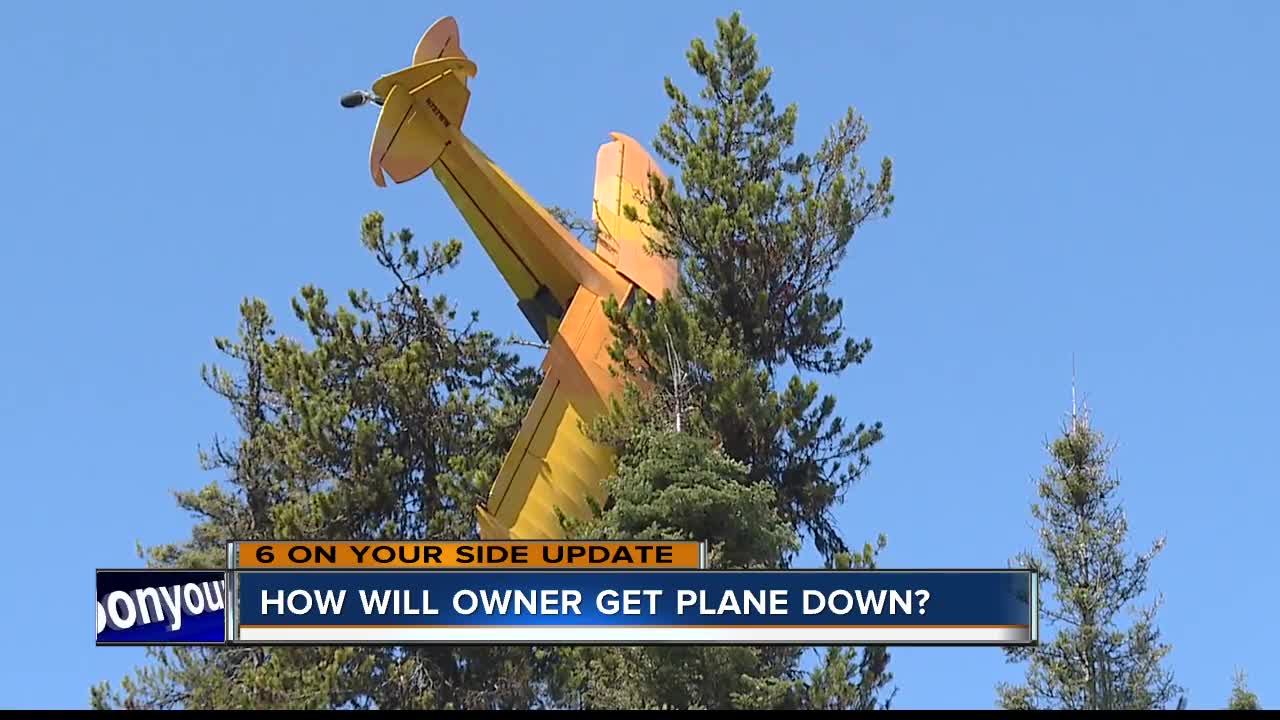 MCCALL, Ida. — It's been several days since a small plane crashed into a tree just outside of McCall, but crews are still trying to figure out how to remove the aircraft.

The pilot told rescuers the propeller stopped working just before he crashed around 60 feet up. He was rescued safely and is not hurt, but the plane is still in the tree.

A fireman who rescued the pilot happens to also own his own tree service and has been using his resources to help secure the plane in the tree. Randy Acker says the plan may involve picking the plane up with a helicopter.

Crews planned to use a helicopter in the beginning but there were concerns the rotor-wash could dislodge the plane. After Acker secured the aircraft with webbing, the use of a helicopter is now back on the table.

At least one helicopter company has been contacted for the salvage. Salmon River Helicopters says the plane may need a long cable attached to it to the helicopter can connect to it away from the trees.