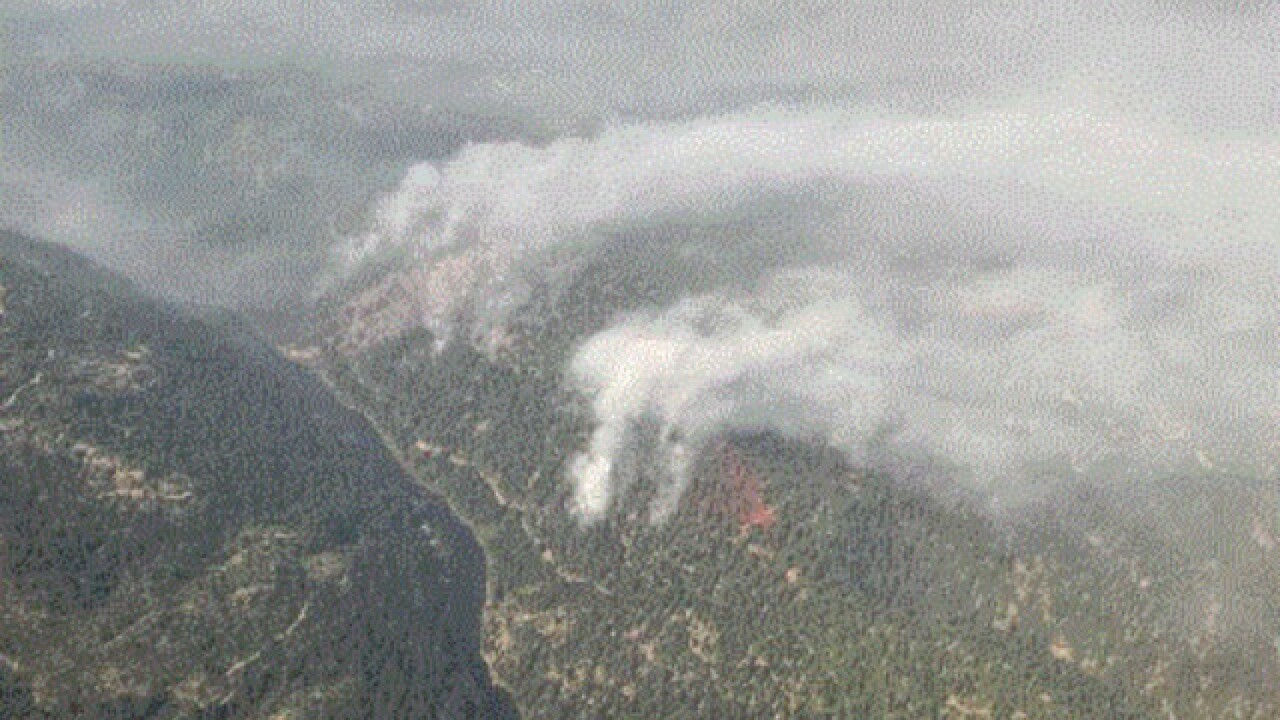 Copyright 2018 Scripps Media, Inc. All rights reserved. This material may not be published, broadcast, rewritten, or redistributed.
Idaho Dept. of Lands

UPDATE: The Trestle Fire has now burned 220 acres. The fire grew throughout the day Tuesday, but crews say they are making progress. The Cabaraton Road Boat Launch is closed at this time due to firefighting activity, but there are no evacuations, road, or trail closures. The cause of the fire is still under investigation.

ORIGINAL STORY: Firefighting crews from both the Southern Idaho Timber Protective Association and the U.S. Forest Service are battling a blaze that ignited about four miles north of the Rainbow Bridge, on the banks of the North Fork of the Payette River.

The Trestle Fire is now burning uphill and to the west and has so far burned about 125 acres, according to Idaho Department of Lands spokesman Randall Phelps.

“It’s mainly on private and some Forest Service land and is estimated to be five to ten percent contained at this time,” he said. “The Cabarton Road boat launch is closed due to the firefighting activity. There are no evacuations, road or trail closures ordered yet.”

The fire was first reported shortly before 5 p.m. on Monday, July 23.

Officials don’t expect to contain the fire until next Monday.