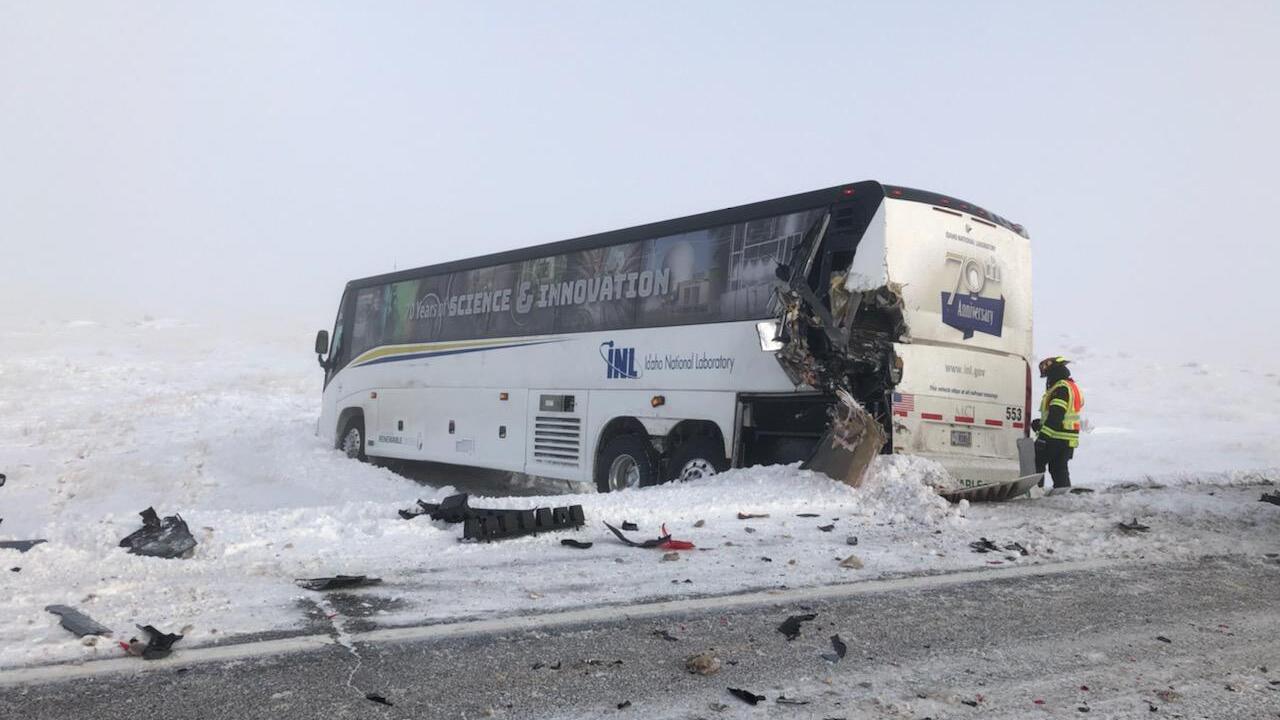 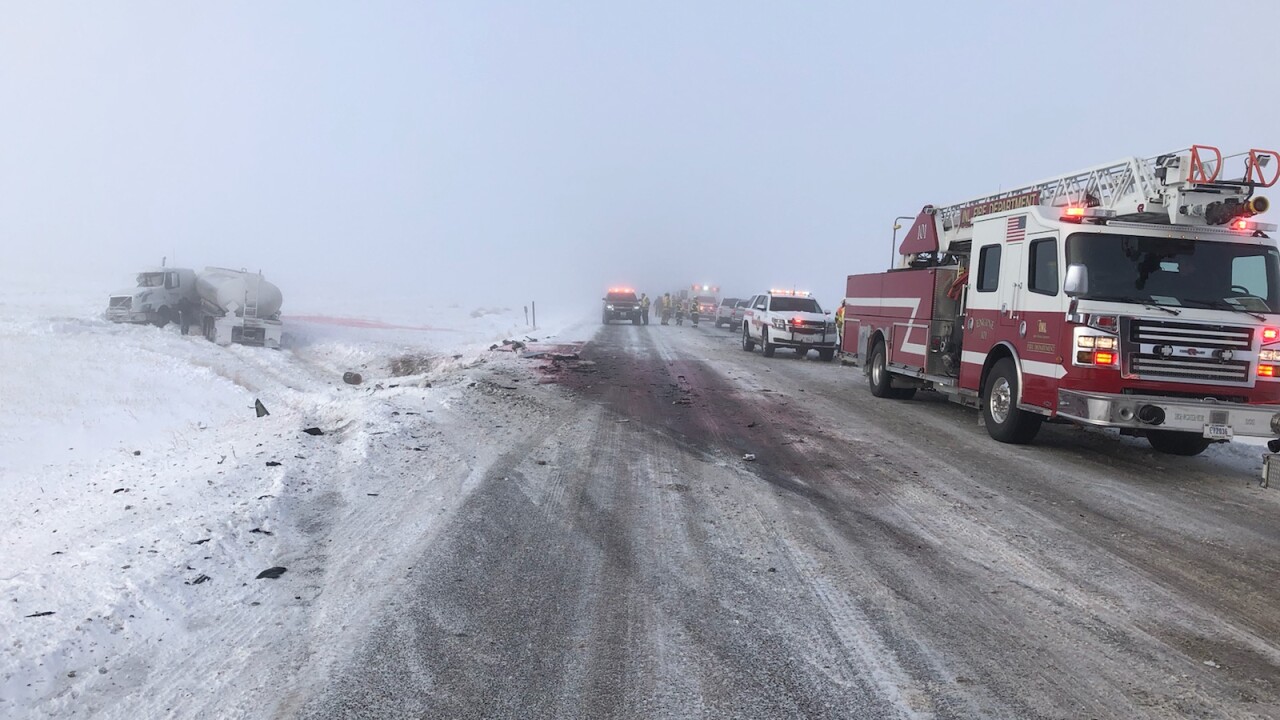 All drivers were traveling westbound on US-20, entering a low visibility area with fog, wind and blowing snow. Deans stopped on the highway blocking the westbound lane. Muir then stopped behind her. Taylor was unable to stop and veered to the left striking the bus. The semi came to rest off the right shoulder. The bus then struck the Explorer sending both vehicles off the right shoulder. As a result of the crash, the tanker trailer was punctured and leaked approximately 3,000 gallons of fuel. A clean-up and Hazmat crew are on scene.

A second crash occurred when Stacey moved to the right attempting to avoid the initial crash. Varnes was unable to stop and struck the rear of Stacey's Ford F150 pickup. Steineckert then struck the rear of Varnes' vehicle which was pushed off the right shoulder striking the Ford Explorer.

Taylor was transported via personal vehicle to Eastern Idaho Regional Medical Center in Idaho Falls. All other drivers and passengers were transported to the Central Medical Facility at INL. The bus had 30 passengers on it.

All drivers were wearing seatbelts.

The road has been blocked since the crash occurred and recovery crews are still in the process of removing the Semi Tanker and INL Bus.

This crash is under investigation by the Idaho State Police and they were assisted by the INL EMS, INL Security, INL Site Safety and the Idaho Transportation Department.