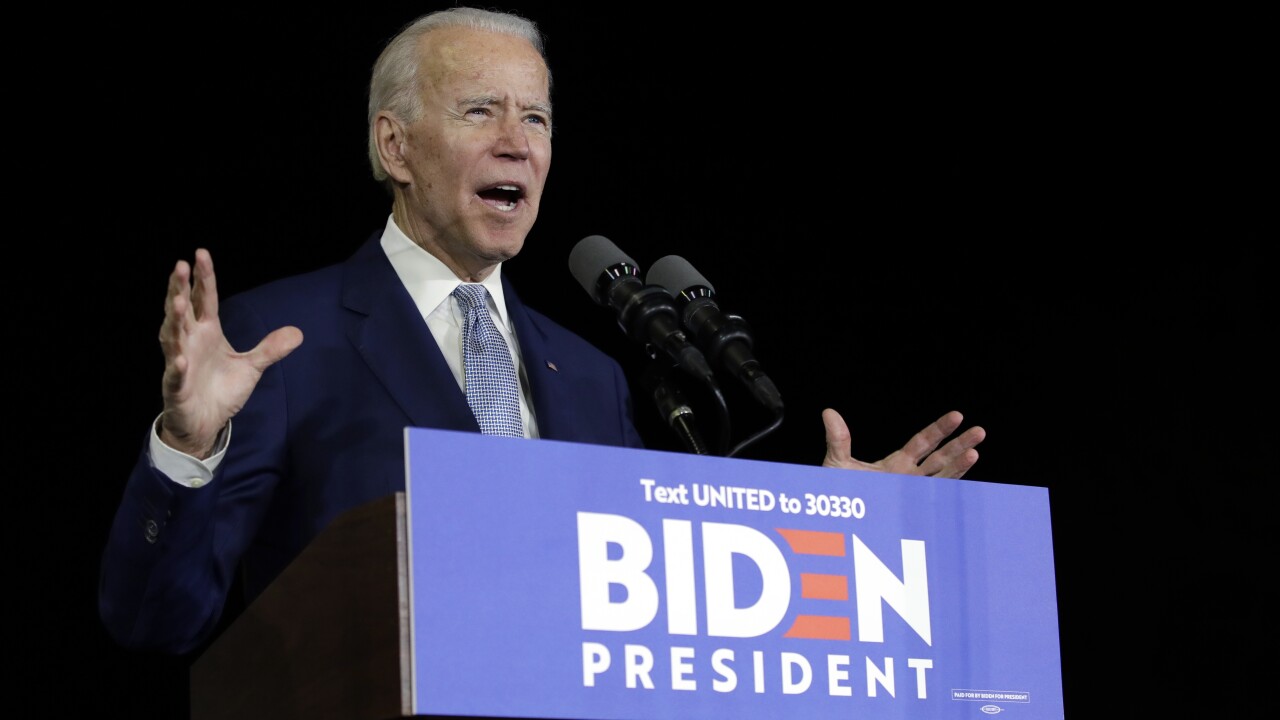 Former Vice President Joe Biden announced that he will indefinitely stay off the campaign trail as cases of the coronavirus spread.

Biden said he will instead have "virtual events" for supporters to watch.

The announcement comes as Biden became the clear frontrunner for the Democratic nomination on Tuesday after winning primaries in Michigan, Idaho, Mississippi and Missouri.

Both Biden and his rival Sen. Bernie Sanders canceled campaign events in Cleveland on Tuesday following the advice of Ohio Gov. Mike DeWine. DeWine on Wednesday announced that he is banning large gatherings in Ohio in the coming days.

Biden and Sanders are both going to Arizona on Sunday to participate in a presidential debate, which will be held without an audience. The debate is ahead of Tuesday's primaries in Ohio, Illinois, Florida and Arizona.

Here is an official statement from Biden's campaign:

"The health and safety of the public is our number one priority. We have been and will continue to consult with relevant officials, including our recently announced Public Health Advisory Committee, regarding steps the campaign should take to minimize health risks for staff and supporters.

"As a result of those conversations and at the request of elected officials in Illinois and Florida, we will no longer hold large crowd events on Friday and Monday in those states. Tomorrow, Vice President Biden will deliver remarks on the coronavirus pandemic, Friday’s and Monday’s events will become virtual events, and the campaign will make announcements about additional details on the format and timing of the virtual events and on future events in the coming days."