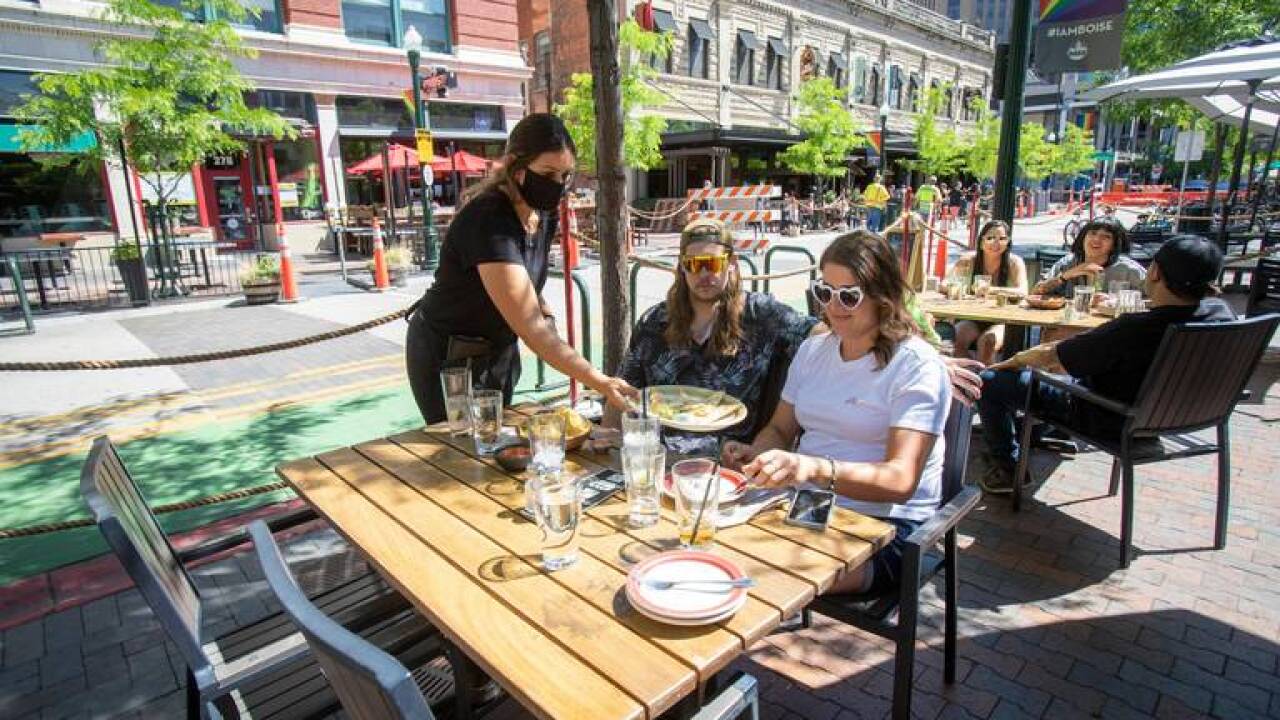 Kathering Jones, Idaho Statesman
John Carlson and Kathryn Richie enjoy the patio at Matador. Soon Matador, and other restaurants and businesses, expanded their patios into 8th Street this spring. Now restaurants elsewhere in Boise can do the same thing. 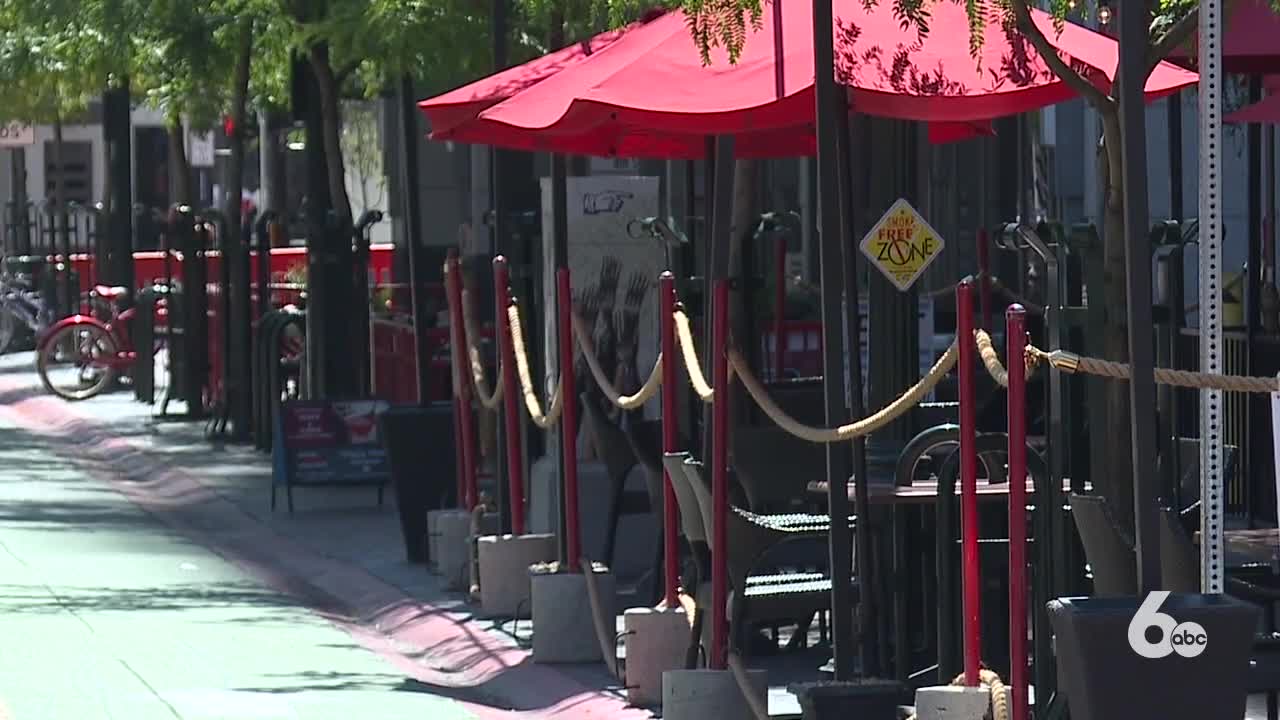 This article was originally published by Hayley Harding of the Idaho Statesman.

Starting Monday, Boise restaurants around the city will have the option to give their patrons a little more space.

Under a temporary ordinance enacted Thursday, restaurants can apply to open patios on the public right-of-way, including on sidewalks and into parking spaces, to allow patrons to better socially distance. Many restaurants have asked for the option as the coronavirus pandemic persists.

Boise closed part of 8th Street between Idaho and Bannock streets to cars in June to allow restaurants there to expand their patios into the street. The goal was to allow more patrons to eat at restaurants even while remaining 6 feet from other patrons.

The Boise City Council talked about furthering that effort two weeks ago in a meeting with the commissioners of the Ada County Highway District, which controls most of the roads in Boise other than 8th Street. Both ACHD commissioners and City Council members favored allowing businesses to expand outward when possible.

“The very businesses that stay open, they can succeed and have healthy patrons, they stay in business and they pay taxes that we rely on,” ACHD Commissioner Jim Hansen said during the July 14 meeting.

There were a few potential barriers to the change being enacted immediately, including open container laws that would potentially prohibit restaurants from operating on streets. Idaho’s Alcohol Beverage Control Bureau authorized cities to temporarily expand the areas for alcohol licenses, clearing one of the biggest hurdles.

The new ordinance clears away other regulations that had prevented expanded patios, too. Noncontiguous patios are allowed, as are sidewalk cafes less than 8 feet from the curb. The 30-day notice requirement previously in place has been waived, and permit fees have been suspended.

Now, effective Aug. 3, restaurants that may not otherwise have space to expand can apply to do so. Staffers in the City Clerk’s Office will review applications twice a week and communicate with “all relevant partners” who might need to weigh in, Sean Keithly, Boise’s economic development director, told the council.

“I think this really provides a shot in the arm to our local economy,” Council Member TJ Thomson said.

City staffers gave priority to options that provide minimal interruption for pedestrian traffic, Keithly said. That means expansions of patios parallel to and across sidewalks are most likely. “Parklets,” where the patio space is expanded into a parking spot, can be used when that is not possible.

The council passed the ordinance unanimously. It will expire Dec. 31, unless the City Council votes to end it sooner.

The decision comes as many restaurants in the Treasure Valley and across the country are finding that it is no longer sustainable to stay open as a result of COVID-19 shutdowns and limitations. Some customers just stay home. Council members said they hoped to limit the damage to restaurants in Boise.

“I think that this will really help folks get more people into their businesses and make a little bit more money through the nice weather,” Council Member Holli Woodings said.