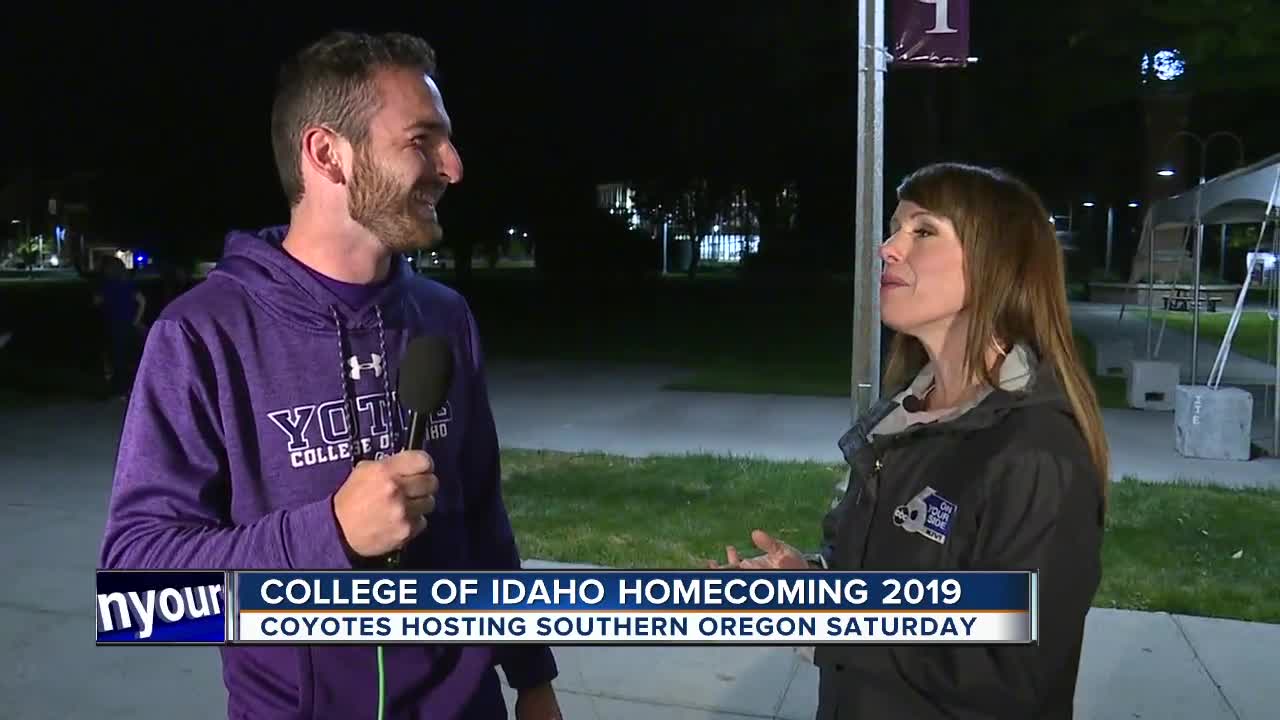 CALDWELL, Idaho — The College of Idaho Yotes are hoping to break a stadium attendance record during Saturday's homecoming game against Southern Oregon.

Over 4,000 fans attended C of I's game against Eastern Oregon two weekends ago at Simplot Stadium. The Yotes earned their first home victory of the season before winning last weekend on the road at Montana Tech. It's the second time since the return of C of I football that the Yotes have started a season with back-to-back wins, joining the 2014 squad.