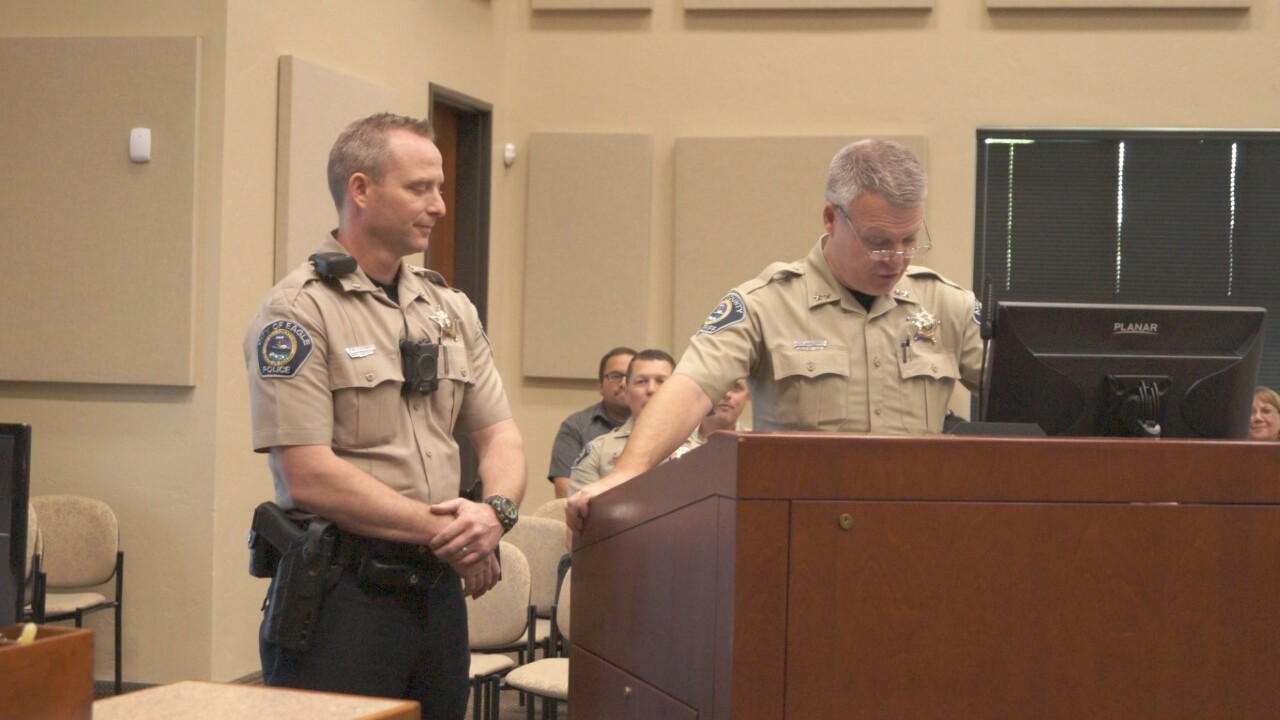 EAGLE, Idaho — The City of Eagle introduced their new Chief of Police at a city council meeting Tuesday night. Ada County Sheriff Stephen Bartlett introduced Matt Clifford to the Eagle City Council and the public at the meeting.

“It is my great honor as your Sheriff and the supervisor of your contract to announce to you that we’ve selected Matt Clifford as the next Chief of Police for the City of Eagle,” Sheriff Bartlett said to the city council and community members in attendance.

Clifford was born in Spokane, Washington and moved to Boise in 1995 to attend Boise State University. He graduated with a degree in biology and made the Treasure Valley his permanent home.

In 2000, Clifford joined the Ada County Sheriff's Office as a jail deputy. He transferred to the patrol division in 2003, where he served as a K9 handler and supervisor, as well as a Patrol Training Officer. Clifford has also served on the Idaho Police Canine Association Board and the Ada County Sheriff's Employee Association Board. He was promoted to Sergeant in 2012 and to Lieutenant in 2019.

Clifford and his wife love to travel. They own two Great Dane-Mastiff mixed-breed dogs and foster dogs as well.

Sheriff Bartlett picked Clifford to be the new chief after the current Chief Pat Calley announced his plans for retirement. Bartlett said during the city council meeting that a retirement celebration is being planned for mid-August.

“I look forward to working with you Chief,” Eagle Mayor Stan Ridgeway said to Clifford, “the next month or so during the transition we’ll have two chiefs I guess, so it will be a pleasure.”

“Thank you very much for having me here,” Clifford said after the introduction, “I look forward to getting to know all the people in town.”

If you see Chief Clifford around Eagle, you are encouraged to give him a warm welcome.