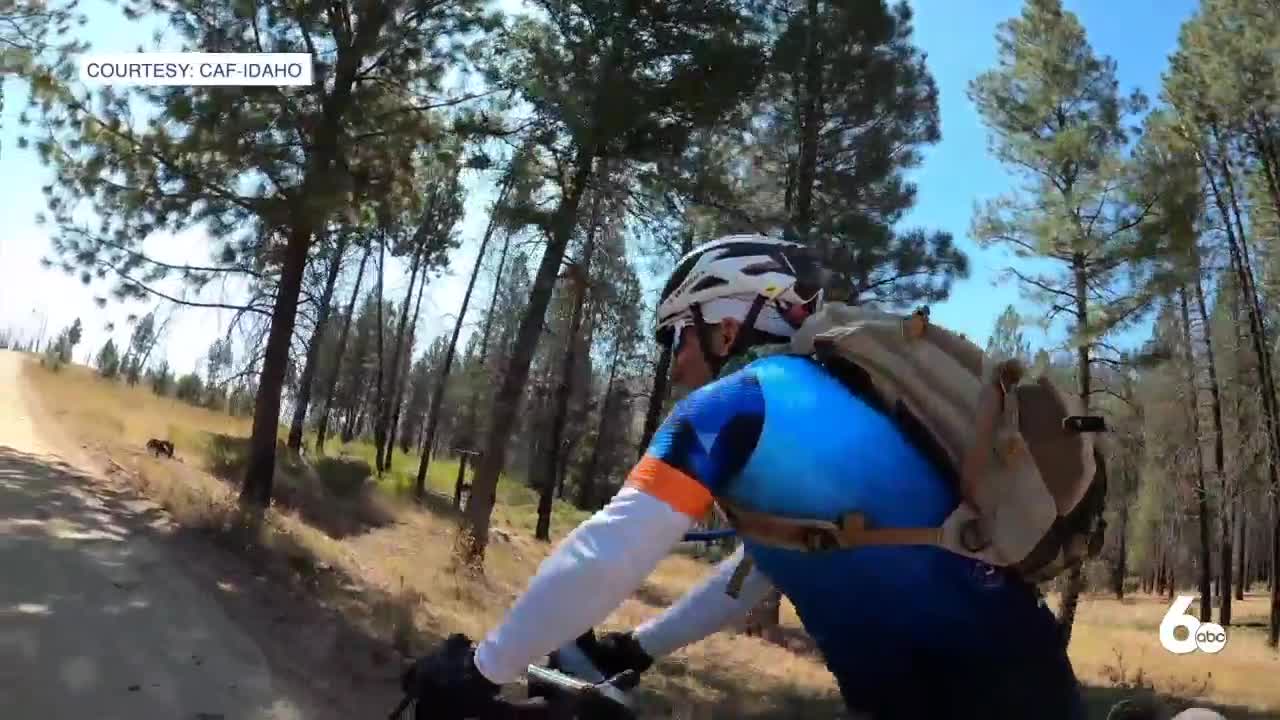 "I'm tired for sure, my body is feeling it," said Onan. "Oh, and my bike is trashed I need to take it to the bike shop."

He became the first and only athlete with a permanent disability to finish the 420-mile race.

"It's just what I love to do. I love challenging myself," said Onan. "You're super tired running on three hours of sleep, and you're worn out, and you're like when is this thing going to end, but I just got to the point where I was staying in the moment like this is 'frickin' cool.'"

Onan and his two teammates from Mission 43 were three of the 40 people that finished the race. In all, 66 athletes started the race last Wednesday.

"Part of me was just like get to the finish, but you couldn't do that because it kept coming and kept throwing more obstacles at you, and I had no idea what to expect, and being in the moment was honestly super fun," said Onan.

With mountain climbs ranging up to 40,000 feet high, miles of rock beds, single-track trails, smoke-filled air, and fallen trees, it was indeed a team effort to get through the tough terrain.

"I would leave my bike down low, and then Andre would start crawling, and I would bring his bike up and then run back down to mine and bring it up in some of the harder sections where there were things like rocks and downed trees," said Onan.

He's also thankful for Skeesick and Andrews from Mission 43, who helped the four athletes through some of the obstacles.

Even though the other three CAF athletes, Mohamed Lahna, Andre Kajlich, and William Stewart, scratched the race, he still sees it as a win for them all.

"We all accomplished so much, and there is a lot of people that say 'Oh that can't be done' or 'That's going to be really hard,'" said Onan. "It's like 'Oh whatever, a lot of things are hard for us, so that's nothing new and we like to challenge ourselves a little extra. If they had just the right equipment, they would have crossed the finish line too."

Although the race is over, he and his teammates hope to send a message to athletes everywhere.

"Just go out there and have some fun, man, you know, find out what you like to do and figure it out," he said. "There will always be the voices outside or inside your head that tell you you can't, but you just have to go for it no matter."

He also added that they will be back next year after they change some of their equipment now that they know what to expect.

The CAF athletes not only raced to see how far they could push their bodies, but they also did it to raise $40,000 for the Challenged Athletes Foundation, a non-profit that provides opportunities and equipment for adaptive athletes to compete in all sports.