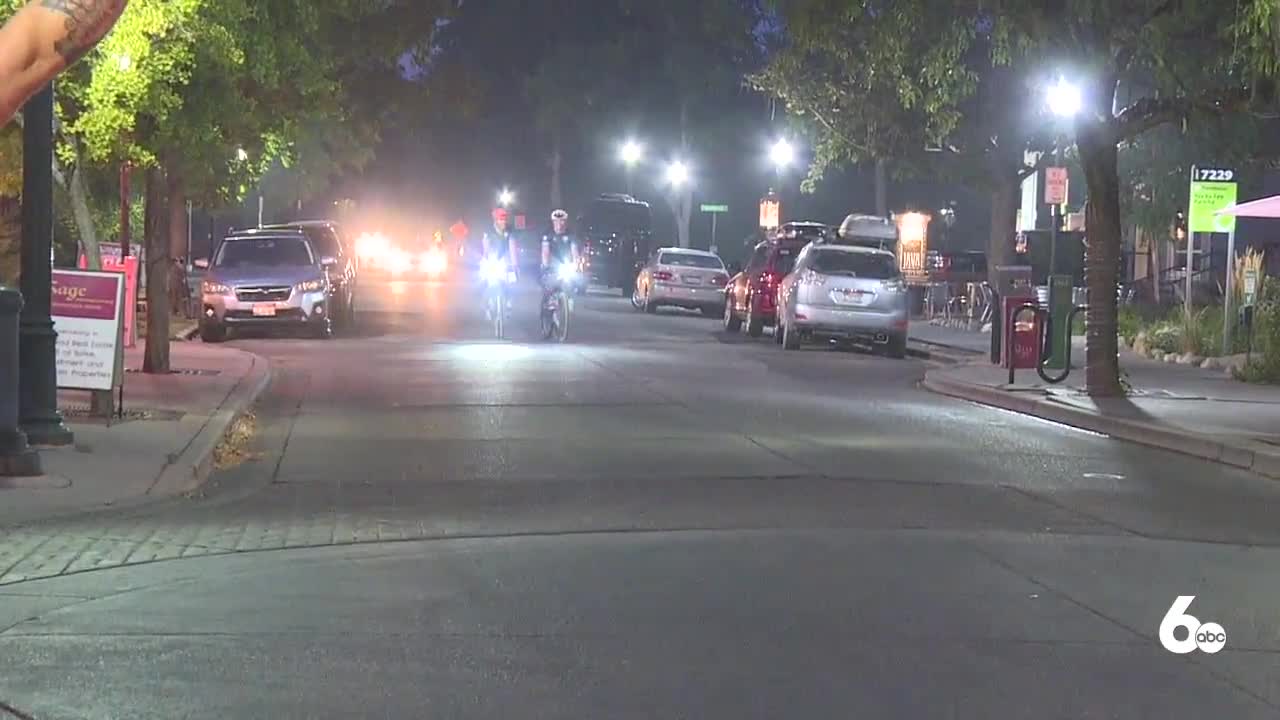 Four athletes from the Challenged Athletes Foundation are setting out to complete the 420-mile race through some of the toughest terrains in Idaho.

Four athletes from the Challenged Athletes Foundation are setting out to complete the 420-mile race through some of the toughest terrains in Idaho.

"There's a lot of danger components that come from riding with a disability, but the more dangerous thing is doing nothing," said CAF athlete, William Stewart.

The team, comprised of Andre Kajlich, a double leg amputee; William, an above the elbow amputee; Lucas Onan, born with an underdeveloped left arm and Mohamed Lahna, born without a left femur.

But, more than their disabilities, their drive to overcome any obstacle and inspire others is what defines them.

There are many able-bodied athletes who aren't able to finish the race, and the CAF athletes say the key to their team completing it is teamwork.

"It's a really cool dynamic; it's a true team in the sense that without all of us, none of us would make it," said Kajlich.

He will rely on his teammates to carry his bike through the rugged terrain it can't make it through, as they will depend on him for help too.

"My bike is just heavy, so relying on Mohamed and Lukas to basically get their bikes ahead, I'll start crawling, and then they'll come back and carry my bike through you know a fear is that it's too much of a toll on them," said Kajlich. "When you look at the scale of 420 miles, and 70 percent of it is a dirt road that still leaves 140 miles of potentially hike a bike of single track, so if we hit a section where it's ten miles of me getting off my bike and crawling that could take a day in itself."

But, pushing their bodies to the limits is nothing new to these four athletes. Their track record of accomplishments is long, but this race has its own unique set of challenges.

"With all of us, we have unique challenges with the equipment we have to use, and keeping that equipment running and staying in there for 400 something miles will be tough," said Stewart.

They'll work around the clock for five days, fully supporting themselves, but he said that nothing would stop them, not even broken equipment.

"If everything went down and the prosthetic broke, and the bike broke, I'll push it," said Stewart. "I plan on using the time, but I have five days to finish it, and I will keep moving for those five days and let's see what happens."

But, for the team, it's about a lot more than just racing.

"That freedom to go anywhere and do anything, part of that felt lost," said Kajlich. "Driving by the woods and being like oh man, I wish I could just throw on a backpack and head out there for a week and realizing there are still infinite things I can do, and there are ways to get out there."

The CAF athletes are also teaming up with two members from Mission 43, an organization comprised of veterans that will race alongside them.

"Mission 43 just stepped right up and said we want to be there we want to help, and this is kind of the epitome of it all," said Mission 43 member, Anthony Skeesick. "I get to continue this service in a different capacity, which is absolutely amazing."

The team will take off at 2:30 a.m. on Wednesday from Hyde Park. To keep up with their progress, click here.