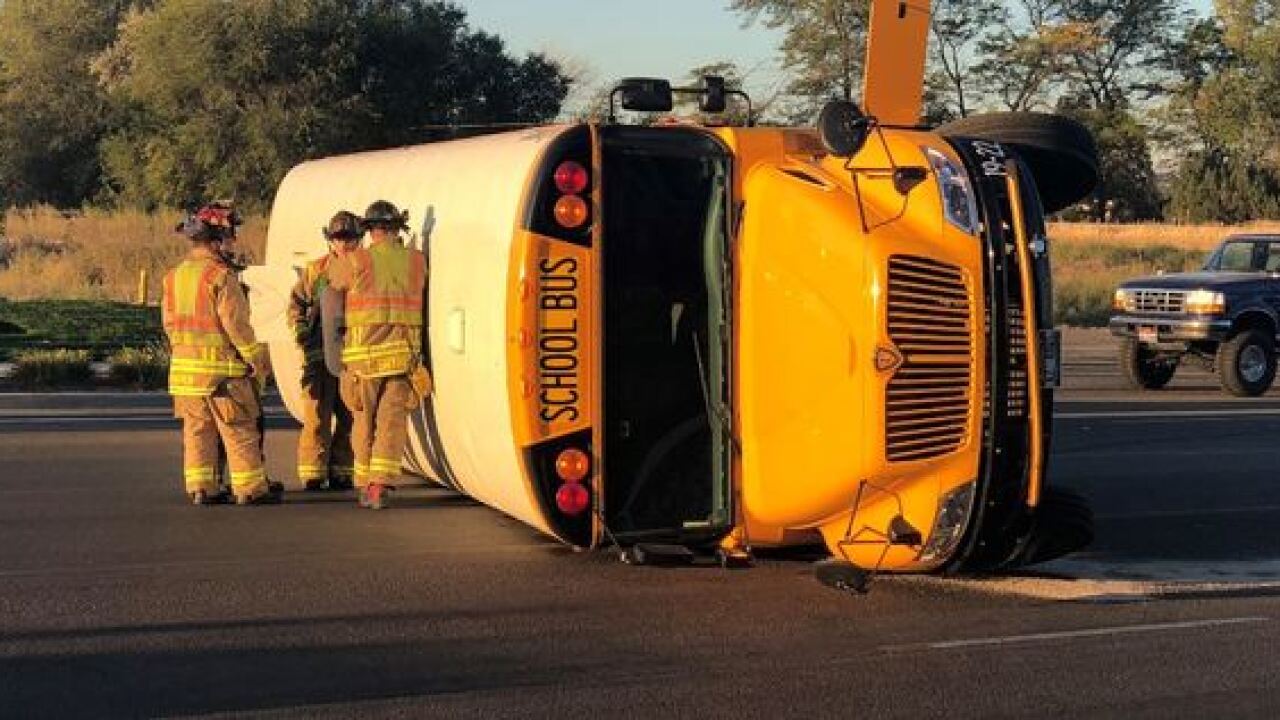 The school bus driver involved in a collision and rollover Monday morning has been cited for failing to yield at a stop sign, police said.

The crash happened about 7:15 a.m. at the intersection of Ward Street and Franklin Road in west Meridian.

“The bus driver was southbound on Ward Street, pulling out of the bus yard, and was turning east onto Franklin Road, when the collision occurred,” said Meridian Police Traffic Sgt. Stacy Arnold. “The bus collided with an Hyundai that was traveling westbound on Franklin.”

The bus rolled over and ended up on its side. The back section of the Hyundai was damaged.

“The bus driver said her view (of the oncoming Hyundai) was blocked by another vehicle,” Arnold said.

Both drivers were taken to a nearby hospital to be treated for non-life-threatening injuries.

There were no students on the bus at the time. The female driver was headed toward Lewis and Clark Middle School to begin her morning route, according to West Ada School District spokesman Eric Exline.

Traffic was restricted to one lane in both direction for about ninety minutes, Arnold said.

Traffic returned to normal about 9:30 a.m.