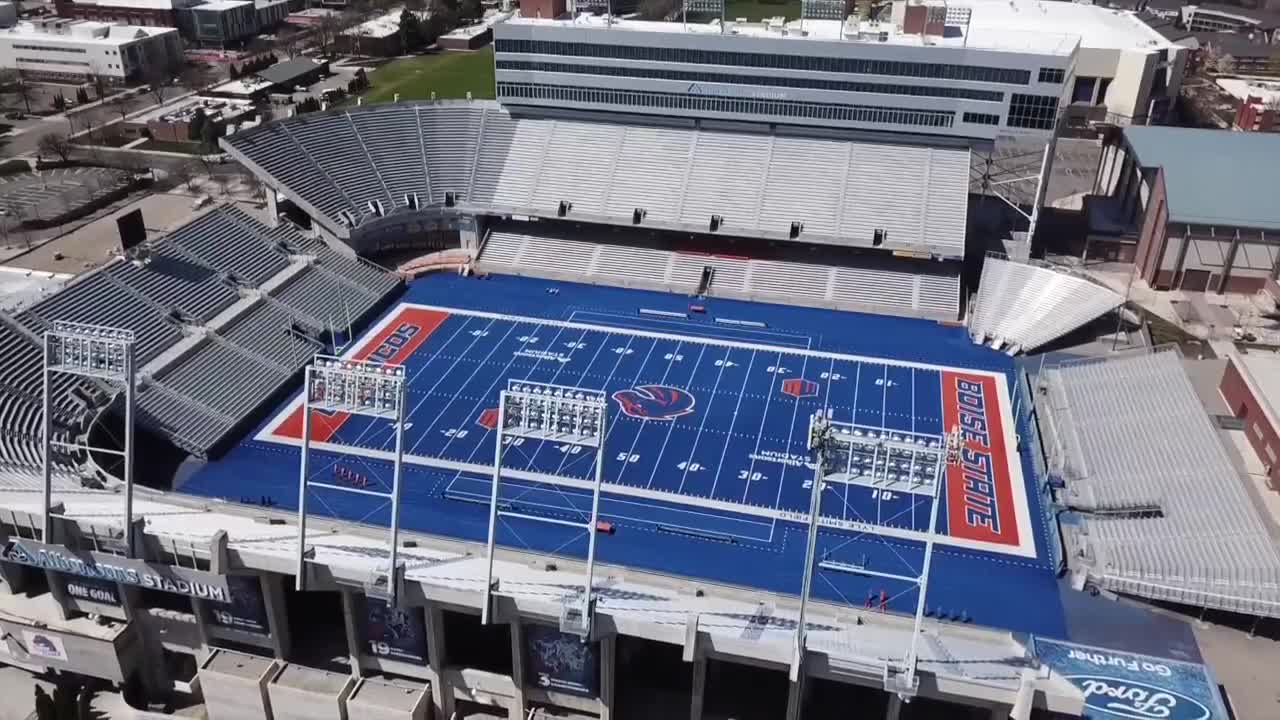 Boise State University Director of Athletics Curt Apsey announced today he is leaving the role to move into a university-level fundraising position.

BOISE, Idaho — Boise State University Director of Athletics Curt Apsey announced today he is leaving the role to move into a university-level fundraising position. Bob Carney, the senior associate athletic director for strategic planning and capital projects, will be the interim director of athletics until a permanent hire is made.

“I will be stepping away from the duties of athletic director and focusing my energy on the financial challenges we currently face by continuing to advance our fundraising efforts at Boise State," said Apsey.

Boise State said in a news release that a national search for a permanent director of athletics will begin immediately.

“It has been a privilege for me to be a part of Boise State Athletics for the past 21 years, both as an athletic director and senior-level administrator. I am extremely grateful to have been able to work with such incredible people while serving our amazing student-athletes that wore the Blue and Orange. I want to thank each of them for being so committed to the student-athlete experience both academically and athletically. With Dr. Tromp’s leadership and the University administration’s commitment to innovation and growth, Boise State and Bronco Athletics will continue to rise to the next level."

He has been honored as a finalist for the Sports Business Journal's Athletic Director of the Year. In the past two years, Boise State finished as the top athletic department among Group of Five schools in the Learfield IMG College Directors' Cup Standings, according to the news release.

“On behalf of our entire Boise State University community, I want to thank Curt Apsey for the tremendous role that he has played in helping our student-athletes achieve unparalleled successes over the past five years,” said Dr. Marlene Tromp, Boise State president. “In this new role, he will continue to work on behalf of our athletics department but also can put his tremendous skill set to work for our entire university during this critical time.”

Bob Carney has been with the department since 2005 and was promoted to his current role in July 2018.

“I have a long history with Boise State and am determined to make sure our department continues its successes across the board as Dr. Tromp seeks a permanent replacement for athletic director,” Carney said.

Carney has previously helped Boise State develop and implement its strategic plan and helped foster relationships with donors. He has also served as the project manager for the construction of the Bleymaier Football Center, DeChevrieux Field, Boise State football's grass practice facility and Dona Larsen Park.