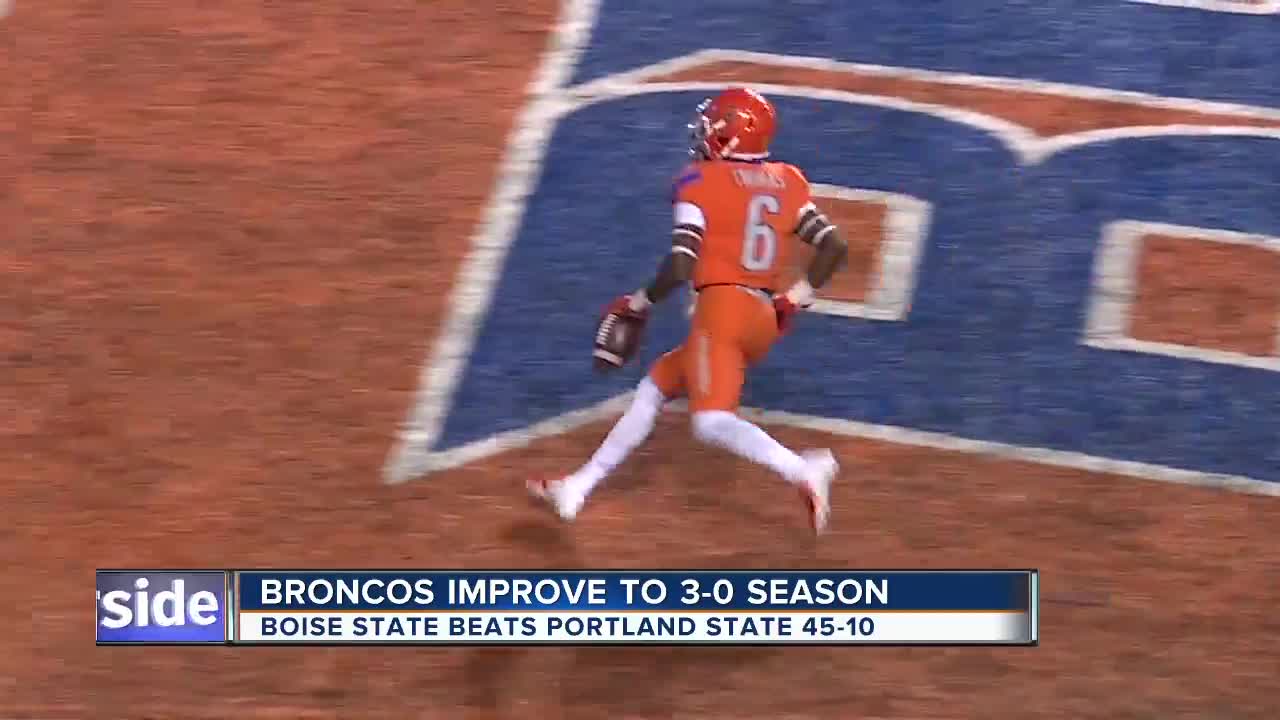 Boise State is now 3-0 on the season. Once again this week, the Broncos kept their opponents from scoring in the entire second half of the game.

The Broncos played in front of a packed crowd decked out in BSU orange. The university says 31,068 fans were in the stands.

Two straight series for Cord, Bachmeier on the sideline without a helmet. Sachse lines up for a field goal.

John Hightower put the first points on the board for the Broncos running a 98-yard return in for a touchdown.

On his first collegiate touch, Stefan Cobbs grabs the screen and sprints 44 yards for the score!#BleedBlue pic.twitter.com/xy0BbDSaj1

Boise State will have a short week and continue their streak of home games Friday, September 20 against the Air Force. Fans are encouraged to wear black.