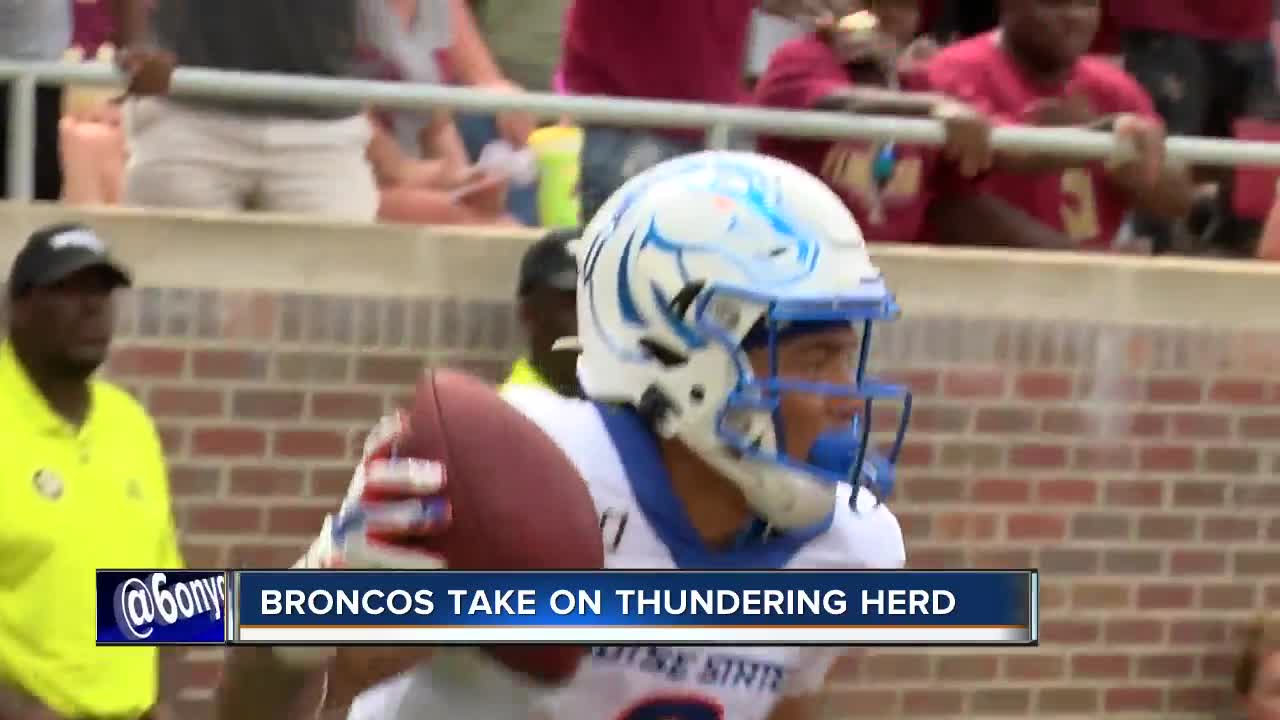 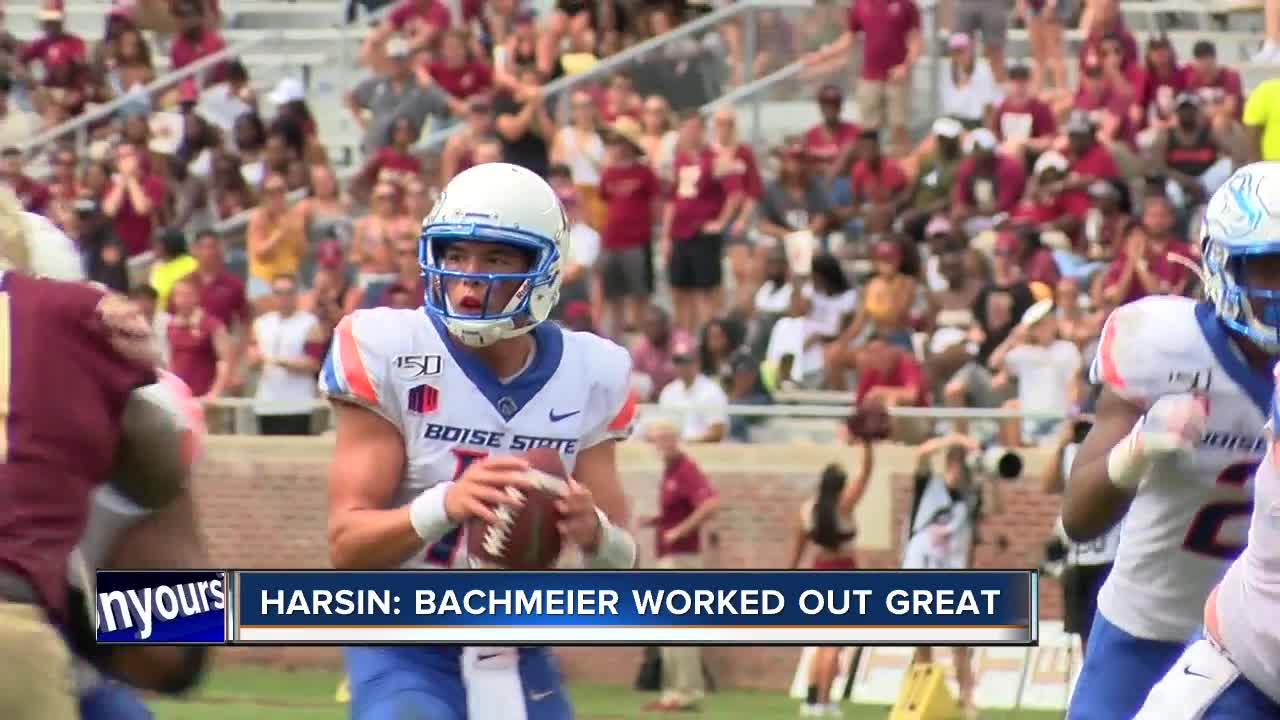 BOISE, Idaho — The Boise State Broncos are celebrating a huge comeback victory over Florida State this week. The team is back home after dodging two major bullets: the wrath of Hurricane Dorian and the wrath of the Seminoles.

Boise State came back after trailing 31 to 19 at halftime to win the game 36-31. Head Coach Bryan Harsin told reporters during his Monday availability that anyone who thinks Boise State can't run with the big dogs for a full 60 minutes should think again.

"I think we can go out there and pay hard. We play physical. Those are what are expectations are," said Harsin. "Match up wise we got to try and win those one one one battles with those guys and there are certainly going to be those throughout the game and how many we win is going to come down to how successful we are at the end of the game."

Harsin said he was impressed with the way true freshmen quarterback Hank Bachmeier stepped up to lead the team, playing his first college game against a major power five team.

"Hank showed toughness in there and that is part of it. You don't want to get your quarter back hit but at times to stand in there and deliver a ball you got to do that sometimes and I thought he did that. Not one in particular but the overall game. His poise, composure and just staying in it right," said Harsin.

It's a long season, but if Florida State rebounds and Boise State wins the rest of the season, a major bowl game could be in the future.

For now, it's one game at a time. Boise State has to think about the Marshall Thundering Herd this Friday at Albertsons Stadium. You can get tickets to the game here.