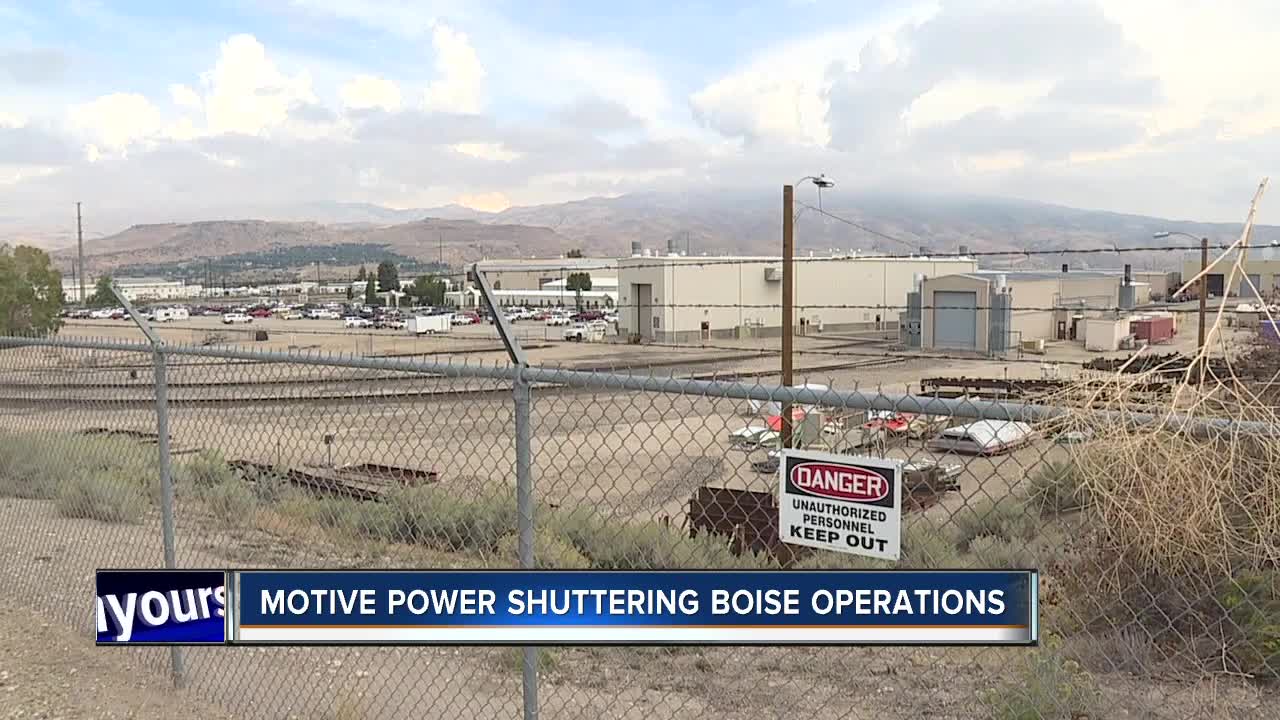 BOISE, Idaho — MotivePower, a locomotive manufacturing and overhauling company, will be closing its Boise plant by the end of this year or the beginning of 2020, company officials confirmed.

Motive Power is owned by Wabtec Corporation in Pittsburg, Pennsylvania.

“(On Wednesday, Sept. 18), Wabtec announced the intent to consolidate manufacturing operations at the MotivePower plant in Boise into the Company’s site in Erie, PA. Decisions like this are never easy but will help simplify and optimize the company’s manufacturing footprint in today’s cyclical environment, as well as better position Wabtec for success.

“The company remains fully committed to all customer commitments and providing impacted employees with resources and benefits to manage the transition.”

Bader would not disclose the number of Boise employees impacted by the shutdown. But he said the employees would be offered benefits and severance packages.
Motive Power is located at 4600 Apple St. in southeast Boise.

Mayor Dave Bieter released a statement in response that reads:

"MotivePower has been a proud part of Boise for decades and news of their closure was a bit like hearing about the loss of a friend. Unfortunately when companies are bought and sold, this kind of thing happens – though to MotivePower employees I know that is little consolation."

Stay with 6 On your Side as more details become available.