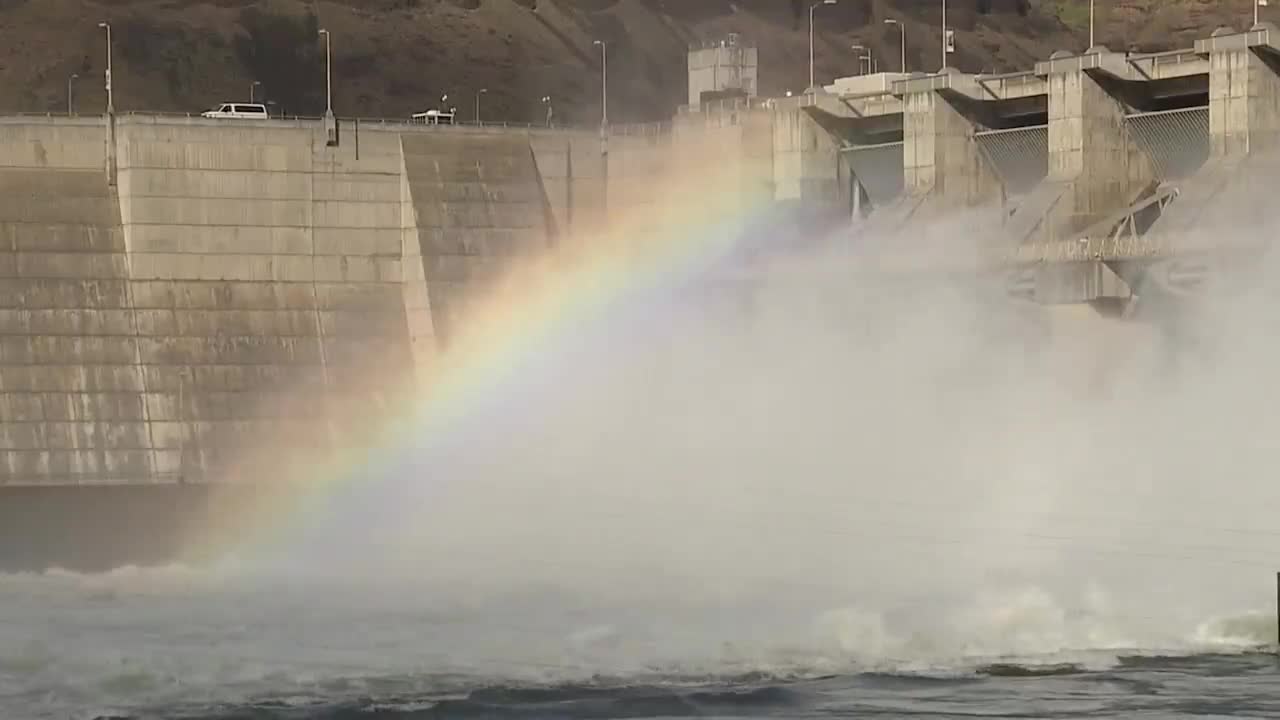 A new draft of an environmental impact statement by the Bureau of Reclamation, the U.S. Army Corps of Engineers and the Bonneville Power Administration gives insight to the future of management on the Columbia River system.

BOISE, Idaho — A new draft of an environmental impact statement by the Bureau of Reclamation, the U.S. Army Corps of Engineers and the Bonneville Power Administration gives insight to the future of management on the Columbia River system.

This system has 14 federally managed dams, including four dams on the Snake River that have been part of a controversial issue that deals with the salmon run, the EIS put out several alternatives for future plans and it is something the leading agencies have been working on for three years.

"More than 30 entities from across the region including tribes, federal agencies, state and local governments participated as cooperating agencies in this process," said James Rabe of the U.S. Army Corps of Engineers.

The option of breaching the dams on the Snake River is not the preferred alternate, however, the EIS states that it is the alternative that would help the salmon recover more than any other.

"The proposal from the federal government really falls short," said Justin Hayes of the Idaho Conservation League. "It looks at a variety of options but it chooses one that is essentially tweaking the status quo."

The EIS states breaching the dams isn't the preferred option because it would adversely effect navigation, water supply, recreation and most significantly hydroelectric power.

"The four Snake River dams combined provide enough electricity for about 800,000 homes overall as well as providing stabilization for the grid," said Rabe.

The preferred option keeps all the dams while increasing spill operations with a goal of helping the fish, but Hayes doesn't think this alternative will bring the salmon back to Idaho.

"It’s not what’s needed," said Hayes. "The bold action we need really has to look at really changing the way the hydro-system and the dams on the Columbia River System are configured, that is going to mean we are going to have to breach some dams.”

Congressman Russ Fulcher issued a statement saying, “I am thankful to see the draft release of the Environmental Impact Statement for the Federal Columbia River Power System. After one of the largest federal studies ever undertaken, at an estimated cost of $40 million, I am glad to see a preferred alternative that does not include dam breaching. That being said, I have concerns that the recommended spill level may be too high and could cause serious harm to fish while also increasing energy costs. Moving forward, I encourage Idahoans to comment on the draft and I look forward to a record of decision in September.”

In June of 2019 Congressman Mike Simpson told 6 On Your Side breaching the four Snake River dams is a possible solution to help dwindling salmon and steelhead runs, and a financially troubled BPA. here's a link to a series 6 on You Side's Steve Liebenthal did on salmon last summer.

The environment impact statement is a draft and the public has 45 days to provide input to the leading agencies.