Congressman Mike Simpson says it is a real possibility 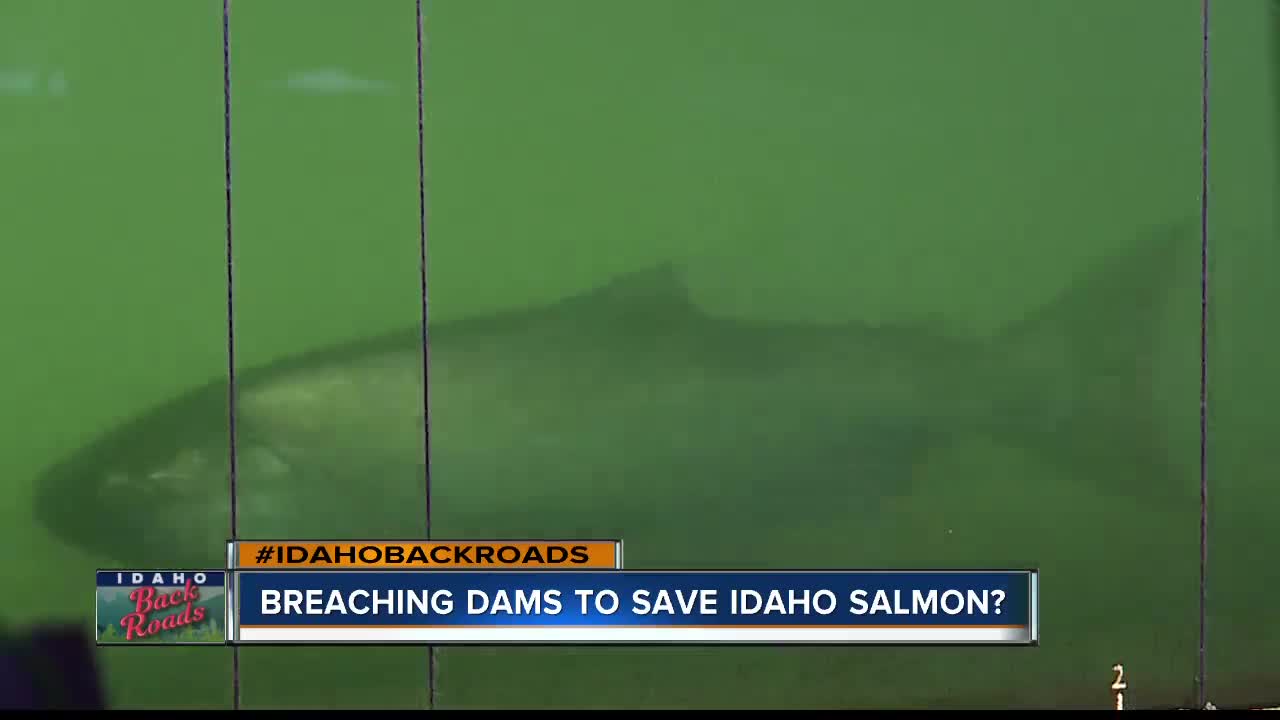 During an average year, the number of spring Chinook salmon returning to Idaho by may 7 is more than seven thousand. But this year that number is less than two hundred. The low numbers have many alarmed, including an Idaho Congressman who is asking "what if we removed dams to restore salmon?"

Idaho salmon are born in cool mountain water where they live for a year before beginning a six hundred to nine hundred mile journey through eight dams to the Pacific Ocean. After two to four years, they swim back upstream to the very water where they were born, to spawn and die. It is a natural cycle that some call miraculous.

"It's one of God's cycles and we probably shouldn't play with it," said Idaho Congressman Mike Simpson. Simpson is one of many in the region alarmed by the small number of salmon making it back.

Martin has watched salmon numbers decline during his fifty year career and now in his retirement. He says the primary reason for that decline is the radical change in the river system. In a free-flowing Snake and Columbia River system during spring, salmon were pushed from Idaho to the pacific ocean in a matter of days. Now with eight dams in place, it's a series of lakes, and that same journey takes weeks.

Martin says that extra time in the system is responsible for killing fifty to eighty percent of Idaho's salmon on the way down stream. "And it's not just hydro-mortality, it's creating a cold water stream that'll send smolts to sea in seven days, into a series of pools that are full of predators that warm up, that send smolts to sea in two months."

Martin is one of many in the region who say breaching the four dams on the Lower Snake is the jump-start Idaho salmon need to recover. Liz Hamilton agrees. The Executive Director of the Northwest Sportfishing Industry Association says breaching dams may sound extreme to some, but she says it's working on other rivers in the Columbia Basin.

"Several big dams have come out on behalf of salmon. We're almost ready to take out four dams on the Klamath. That's scheduled to start in the next year or so. So the climate and environment around dam removal is not the sky is falling any more, it's not the catastrophe that people predicted."

Hamilton says breaching the four dams on the Snake would help sustain sport fisheries that pump billions of dollars into northwest economies. And now, Congressman Mike Simpson, is asking "what if we breach the dams?"

"Ultimately I want healthy sustainable salmon runs back in Idaho," said Simpson. When we asked if breaching dams as part of recover is a real possibility, he answered "It is."

Idaho water users are sending 487 thousand cubic feet of water downstream to help push salmon through the dams. Fish and Game releases millions of salmon smolts and in an average year less than five out of every thousand will make it back. This year that number will be much smaller, depriving Idaho's river communities of the money anglers would normally spend.

"We effectively pay all of the cost of those dams, and get none of the benefit," said Simpson. "Now why does that make sense to my constituents in the second district?"

But Simpson says he'll consider the consequences breaching dams would have on other communities before he will embrace it. And he says it's not just about restoring salmon, it's also about restoring the Bonneville Power Administration's ability to compete in a rapidly changing energy market. Will BPA's financial crisis drive Idaho salmon to extinction? More on that, next Wednesday on Idaho Back Roads.