Boise twins' random act of kindness blooms in the community 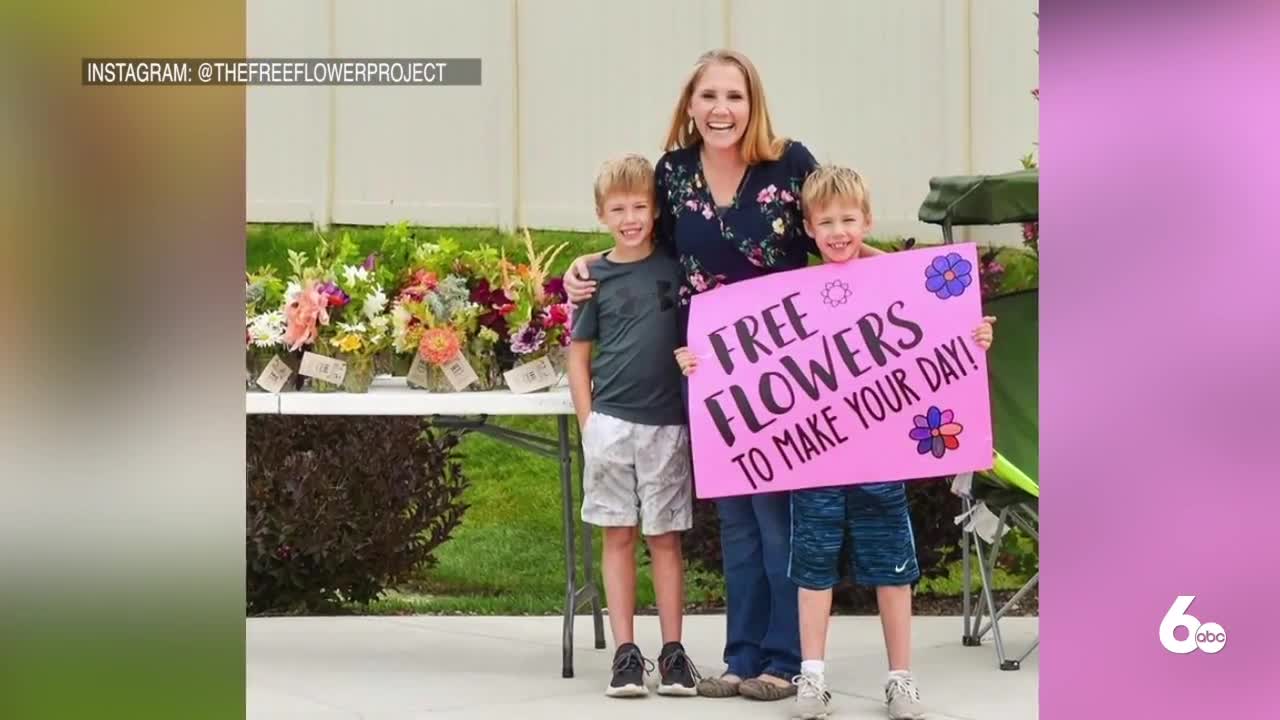 BOISE, Idaho — It was a random act of kindness that grew out of control, literally.

Boise twins Max and Miles Adams were tasked by their mother Rochelle to come up with a way to donate extra flowers from her garden. The nine-year-olds originally planned to 'ding dong ditch' people, but Rochelle axed the idea, encouraging them to think of a new plan.

"They proposed to me to take flowers and find a corner somewhere outside of our neighborhood, hold signs up saying 'free flowers', just give them to people and offer them to people as they drove by," Rochelle explains.

After working out the logistics, the family rallied neighbors and volunteers to make signs and organize arrangements. It didn't take long for the Adams family to realize their giveaway was getting more popular, and they were going to do it every week.

It's been two months since the family started "The Free Flower Project," and they tell Idaho News 6 in that time, they've given away over 700 arrangements.

But with temperatures dropping and flowers dying, they plan to take advantage of this downtime to arrange next year's giveaways and meet their goal of 5,000 bouquets.

You can help their ongoing efforts by voting for the Adams family in the "A World of Joy Contest" hosted by the World Market. They're currently in second place, and should they win first, they'll receive $25,000. That money, Rochelle says, will go towards the opening and maintaining a small local flower farm for her and her boys to continue their work. To vote, click here.