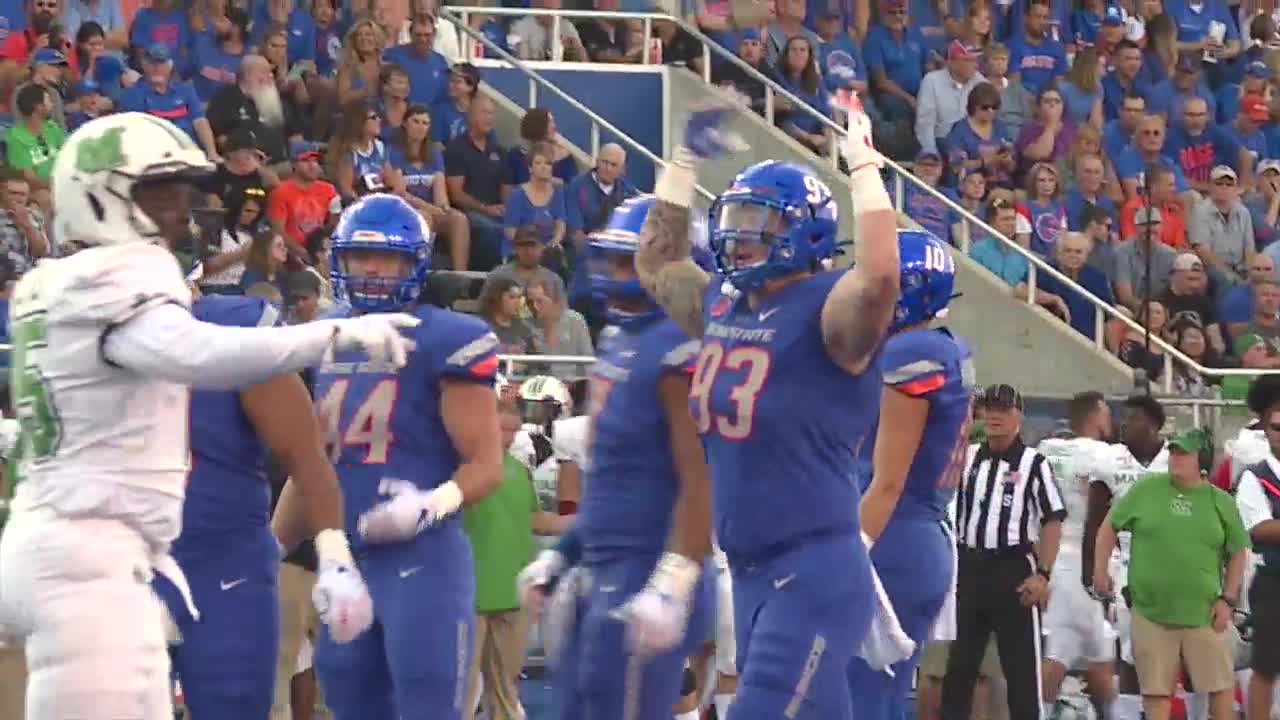 The Boise State Broncos have four players on defense who were named to the pre-season Polynesian college football player of the year watch list.

BOISE, Idaho — The Boise State Broncos have four players on defense who were named to the pre-season Polynesian college football player of the year watch list.

Sonatane Lui and David Moa help anchor the defensive line while defensive backs Kekaula Kaniho and Kekoa Nawahine are big play-makers in the secondary on a defensive that hasn't allowed a second half point in the first two games of the season.

This is a shining example on how diversity works in a college football program that brings players of different cultural backgrounds and races together in an effort to accomplish one team goal.

"Shoot man we are the United Nations we will take everybody," said first year defensive coordinator Jeff Schmedding. "But, it is awesome to see and there is definitely a leadership factor, it is really the family atmosphere that comes with the Polynesian culture."

However, it is the Broncos family and the experience at Boise State that has helped BSU recruit talented Polynesian players which continues through word of mouth of their current players.

"It is kind of like a snowball effect," said Kekoa Nawahine. "The more that come here the more it opens up conversations for other Polynesians to come here as well because a lot of Polynesians know each other."

The Broncos defense has been lights out this year and they will look to continue their dominance Saturday night when Portland State comes to town, kickoff is set for 8:15.