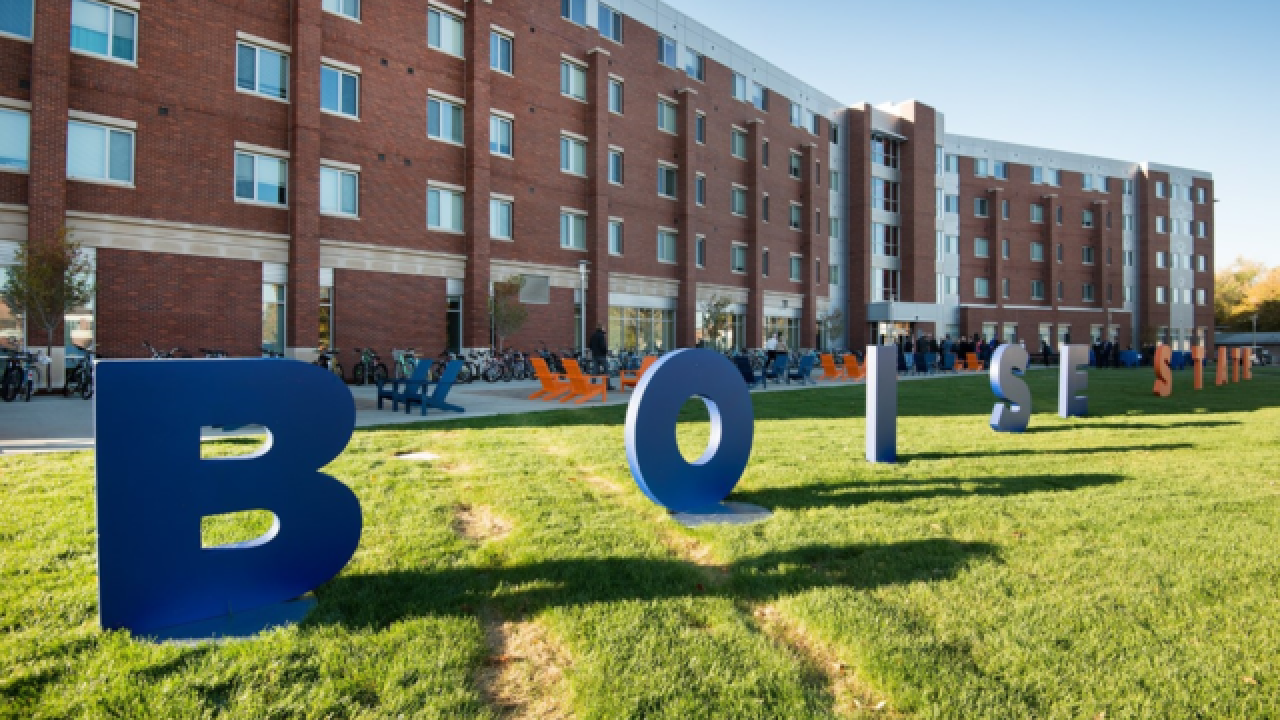 “(We) welcomed the largest first-year class in school history for the third year in a row -— there are 2,884 first-time students enrolled at Boise State this year, up 3.4 percent from last year. Idaho residents in the class increased by 3.7 percent, and out-of-state students increased by 3 percent,” explained BSU spokesman Greg Hahn.

Included in the total are 2,287 students pursuing master’s degrees and 350 pursuing doctoral degrees.

“It is gratifying to know that more Idaho high school graduates continue to choose Boise State, and that students and their families from around the West and beyond see our campus as a safe, welcoming and engaging academic home,” said Interim President Martin Schimpf.

Boise State is growing in more ways than the residential student body, though the increasing numbers of students are living on and immediately adjacent to campus is the most visibly noticeable change to Boise residents.

Officials say much of the university’s overall increase is due to continued growth in the number of Idaho high school students taking advantage of low-cost concurrent enrollment classes -- a proven way to get a head start on college and to increase a student’s likely hood to stay in school and earn a degree.

This year, 5,261 are enrolled in these college-level courses through Boise State —- about an 83 percent increase over the past five years. “The state and its universities subsidize the cost of these credits as part of the overall effort to ensure that 60 percent of Idahoans between the ages of 25 and 35 have college degrees or certificates,” Hahn said.

“New transfer students are up 2.2 percent over last year, a sign that efforts have been working to encourage this transition from the College of Western Idaho and other two-year schools to a four-year degree. Boise State’s first-to-second year retention rate also has increased to 80 percent,” Hahn said.