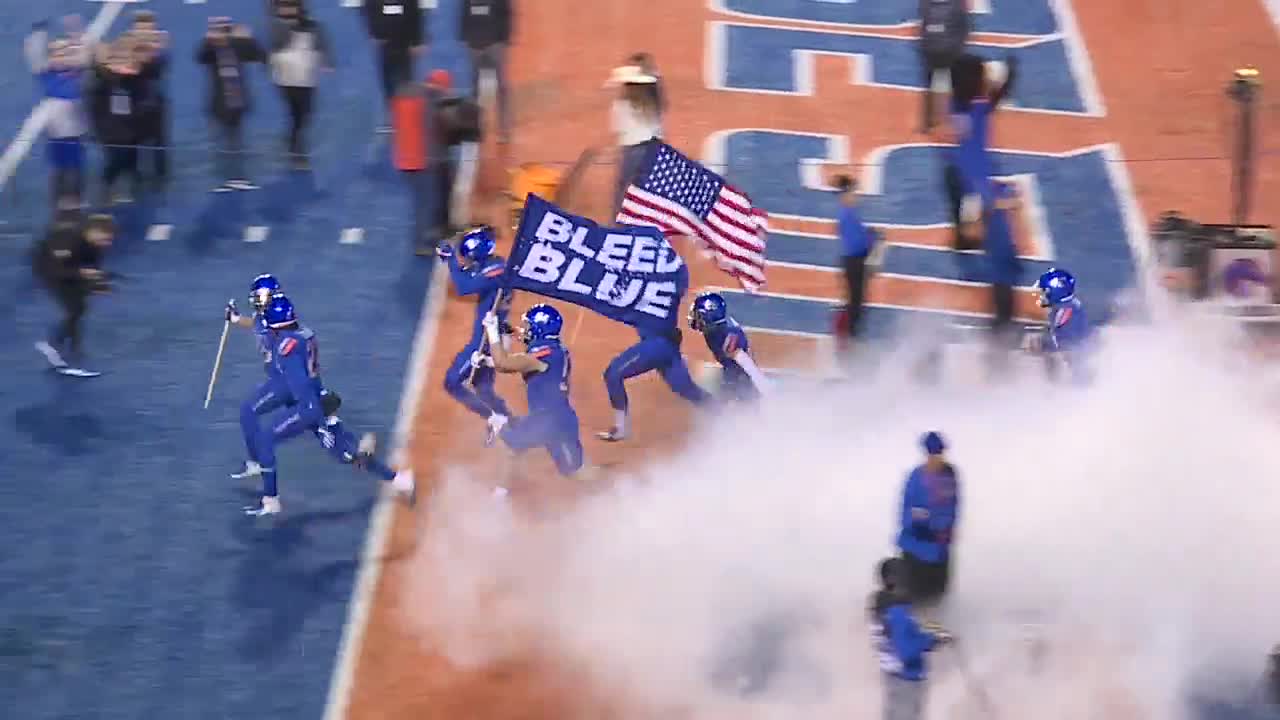 The Boise State Broncos started their third quarterback of the season as Hank Bachmeier and Chase Cord did not play because of injuries.

BOISE, Idaho — The Boise State Broncos started their third quarterback of the season as Hank Bachmeier and Chase Cord sat the game out due to injuries.

The Broncos defense started the game off with a bang as Chase Hatada forced a fumble and Sonatane Lui scooped it up and scored a touchdown on the first play. Lui would also recover another fumble in the game.

The Broncos ultimately cruised to a 42-9 victory and senior Jaylon Henderson, who made his first start, threw for 292 yards and three touchdowns.

Boise State improved to 9-1 on the season. They remain undefeated in the Mountain West Conference and they also successfully defended the blue winning every home game in the regular season.

Despite the victory, the Broncos fell one spot to No. 20 in the AP Top 25 but remained No. 19 in the Amway Coaches Poll.

The win sets up the biggest game of the year when the Broncos travel to Logan next Saturday night for a match up against Utah State.

If the Broncos beat the Aggies, they will clinch the Mountain Division and earn a spot in the Mountain West Championship game.