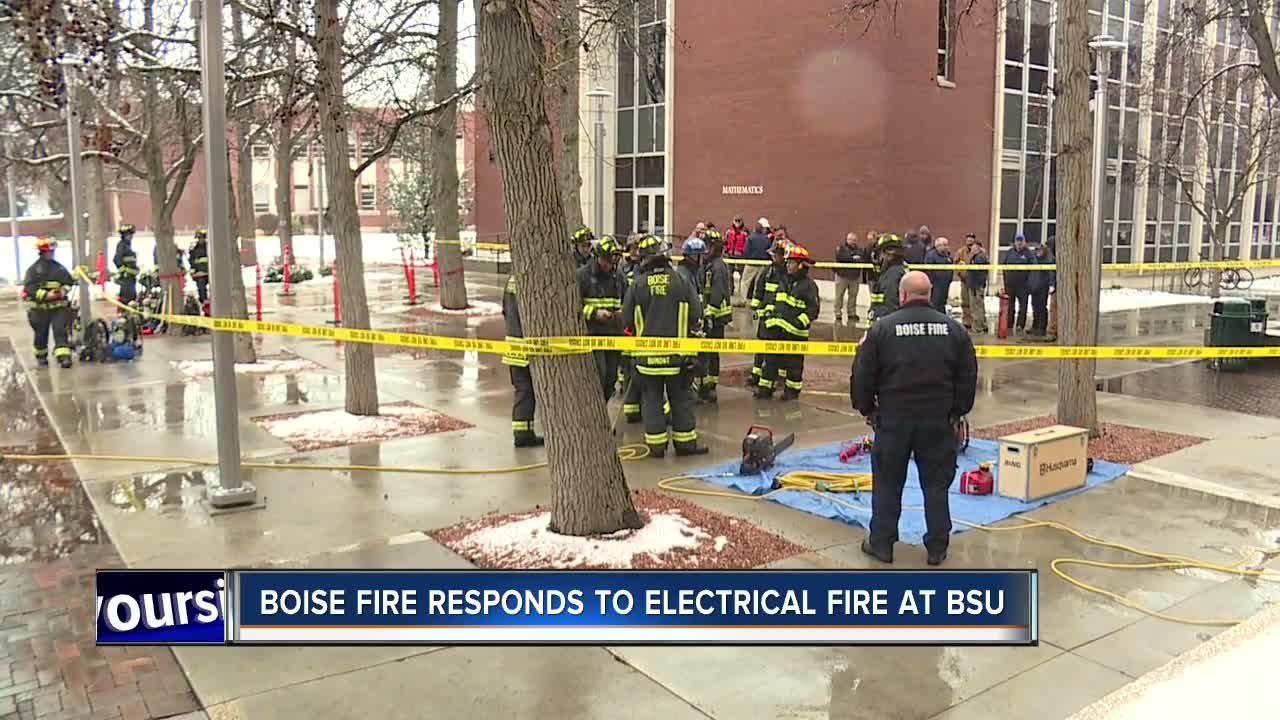 Boise State officials have given the all clear after asking the campus community to evacuate the Quad area due to a fire Tuesday morning.

BOISE, Idaho — Boise State officials have given the all clear after asking the campus community to evacuate the Quad area due to a fire Tuesday morning.

Boise Fire and Boise State Public Safety first responded to reports of smoke in Riverfront Hall, but fire officials later said it was an accidental fire due to an electrical failure with their flood control system. A spokesman for Boise Fire told 6 On Your Side the smoke from that fire spread via an underground tunnel system to the library which caused the smoke alarm there to go off.

Thank you all for your patience with our team today. Cesar Chavez is CLOSED until further notice to allow emergency vehicles access to affected facilities. This is impacting our #BoiseState shuttle routes. @BoiseState pic.twitter.com/iHQUUQ9oq5

Students were evacuated to the ILC and the Student Union Building and were asked to remain indoors.

@boisefire crews respond to an electrical fire in Riverfront Hall as snow continues to fall on the @boisestateuniversity campus. (Link to story in bio) #6pix

Boise State delayed classes in Riverfront and the Albertsons Library, but all classes have resumed and all roads on campus have been reopened.

.@BoiseState has delayed classes until further notice for Riverfront and Library buildings