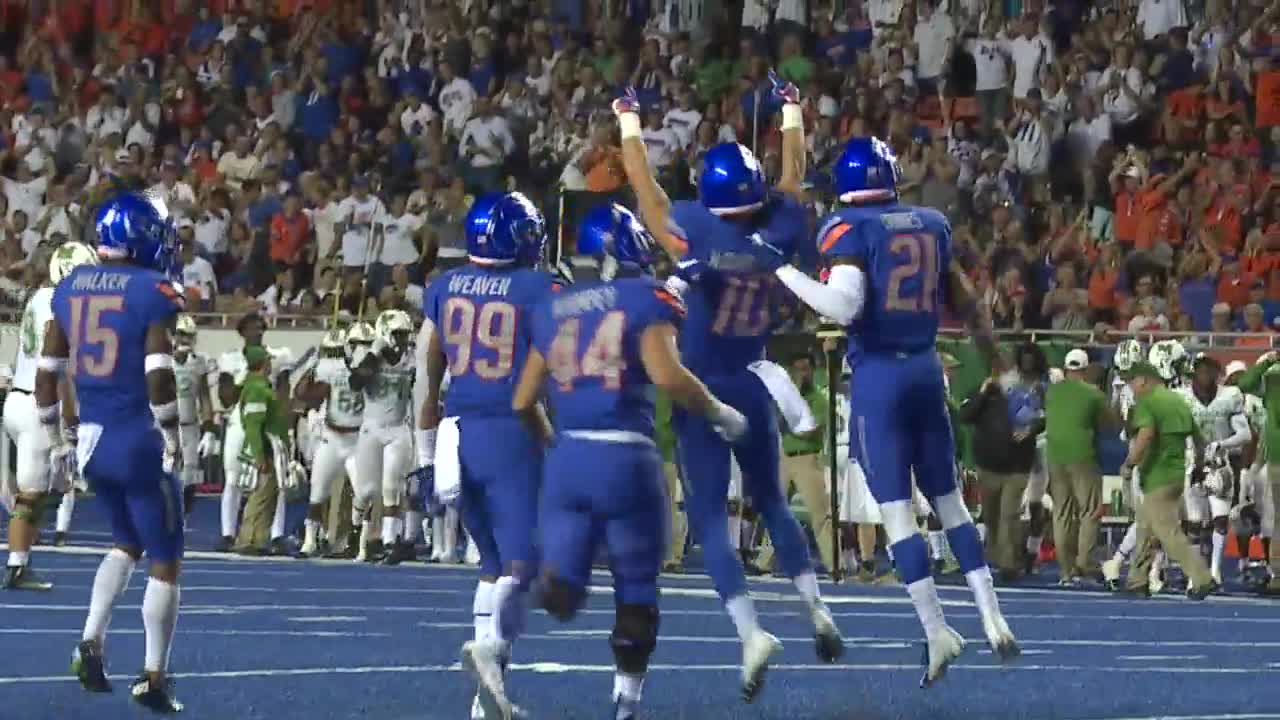 BOISE, Idaho — The Boise State defense stepped up big Friday night at Albertsons Stadium, holding Marshall to just 7 points and allowing their offense to make enough big plays to come away with a 14-7 victory.

For the second straight game, the Broncos defense didn't allow their opponents to score in the second half.

The offensive unit showed glimpses of what they can do, however, too many mistakes limited the Broncos chances to put points on the scoreboard.

Freshman quarterback Hank Bachmeier showed off his toughness once again, scoring his first rushing touchdown at the end of the first half to tie the game.

The Broncos would use that momentum to come out of the locker room and score on their first possession on a 47-yard catch and run by John Hightower.

The win moves the Broncos to 2-0 on the season.

Boise State will host Portland State next Saturday at Albertsons Stadium, kick off is set for 8:15 p.m.